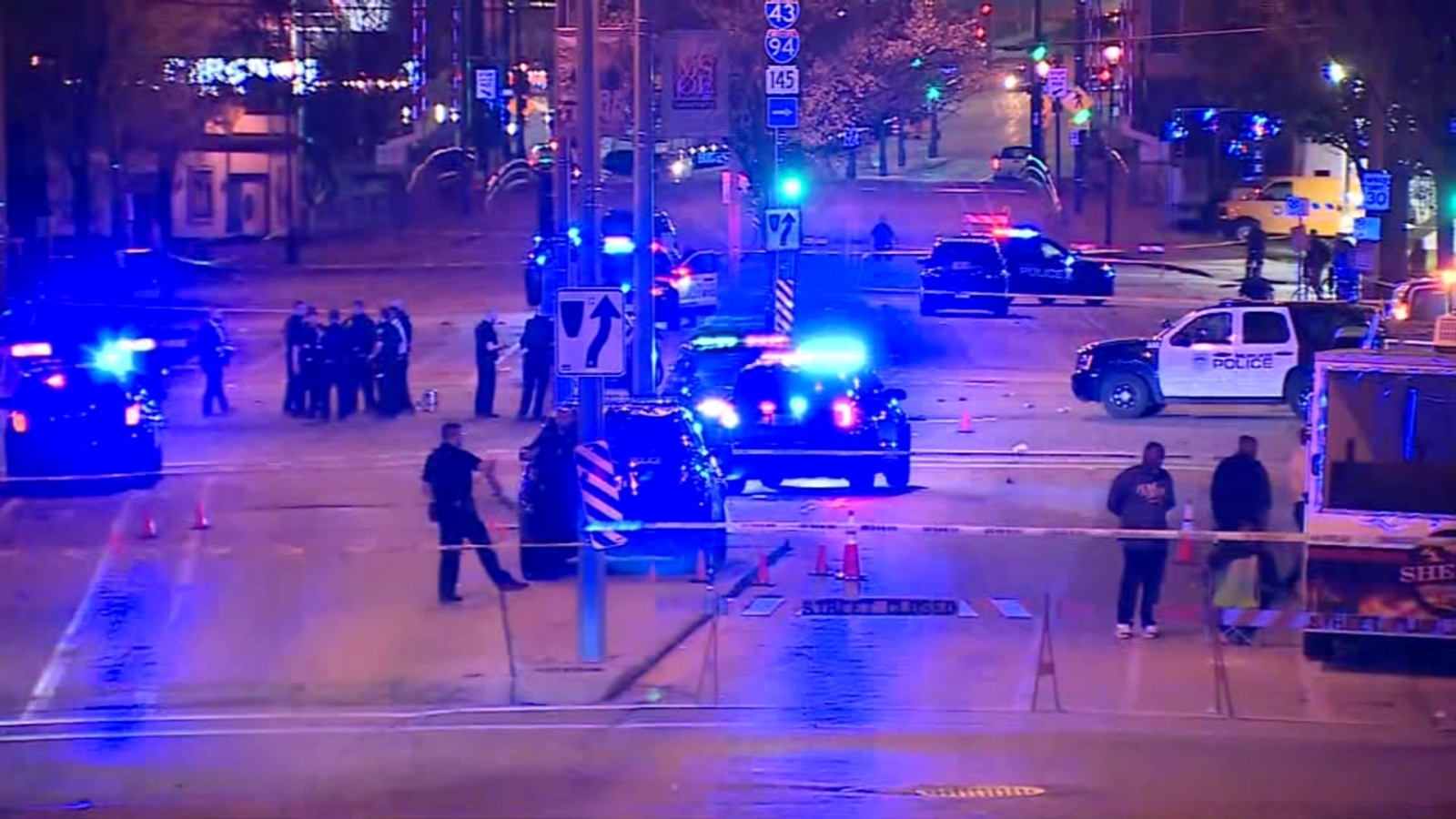 MILWAUKEE — Seventeen people were shot Friday night in downtown Milwaukee just hours after three were shot a few blocks away, near the arena where the Milwaukee Bucks were playing in the NBA Playoffs.

Ten people were taken into custody in the shooting downtown, and nine firearms were recovered, according to Milwaukee Police Capt. Warren Allen.

In the shooting near the arena, two men, 26 and 29, and a 16-year-old girl were wounded, according to Allen. All are expected to survive, he said.

“There was a 19-year-old male taken into custody in connection with this incident,” Allen said. “Charges are pending review by the Milwaukee County District Attorney’s Office.”

That incident occurred around 9:12 p.m. close to the intersection of Martin Luther King, Jr. Drive and Highland Avenue, about a block from the Bucks’ home court at Fiserv Forum.

Police did not disclose the names of the people involved nor a possible motive.

The Bucks lost to the Celtics on Friday night– 108-95 — forcing a seventh game on Sunday to determine who will play Miami in the Eastern Conference finals.