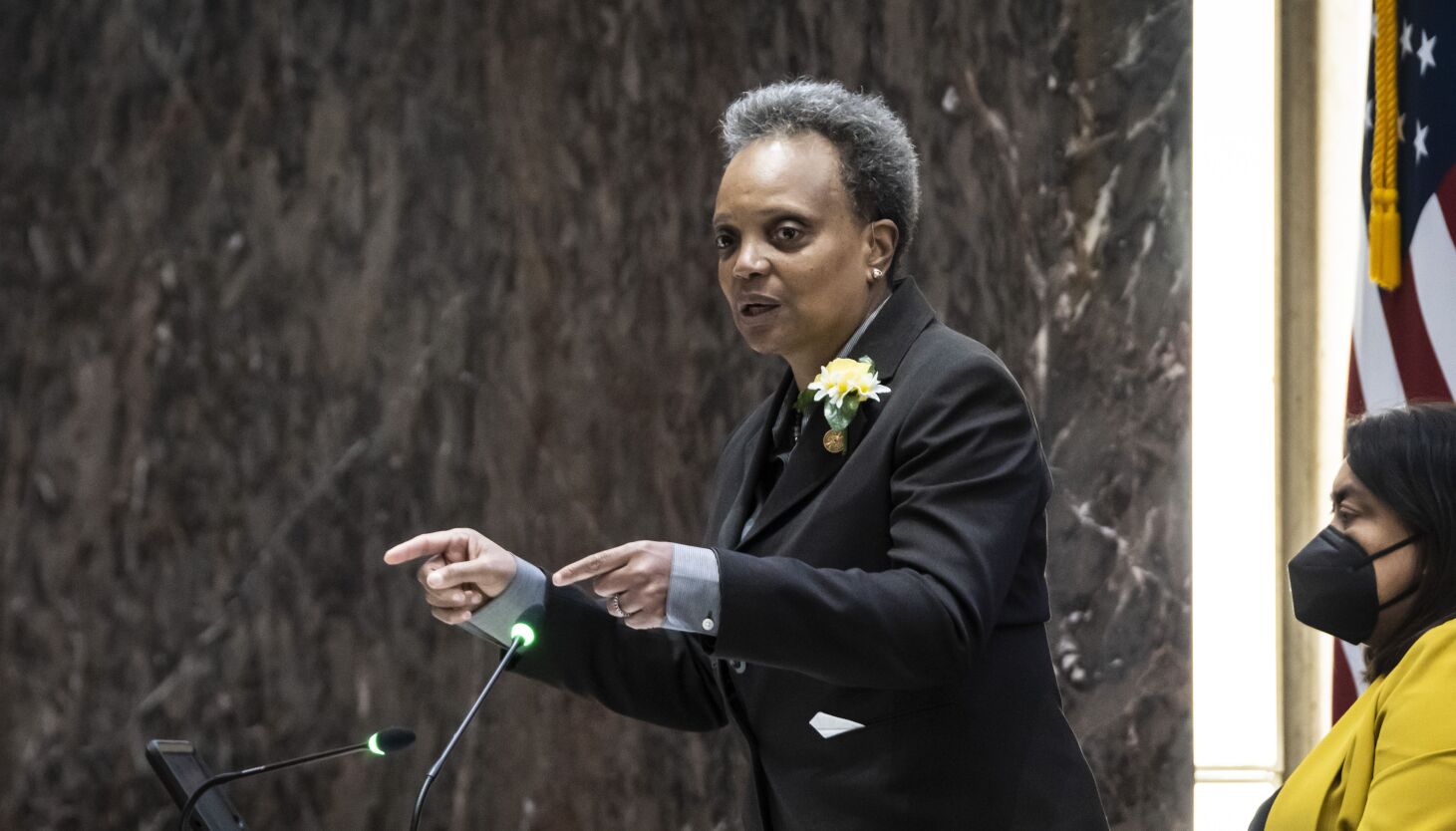 WASHINGTON — Intending to make it “official” sometime “soon,” Mayor Lori Lightfoot said Thursday she will seek a second term in an interview with the Chicago Sun-Times.

Regarding her reelection bid, Lightfoot said, “The issue is when is the announcement, and that will come soon. I mean, I’m giving you every indication of what the future is going to hold. The question is just formally announcing it. And we will do that soon.”

Lightfoot is in Washington for the African American Mayors Association annual conference. She was also scheduled to meet with Commerce Secretary Gina Raimondo to discuss getting federal funds to deal with broadband deserts in Chicago.

The Commerce Department is responsible for distributing a chunk of funds from the Infrastructure bill, including money for broadband programs to help bridge digital divides.

Lightfoot discussed her upcoming City Hall campaign a few hours after Rep. Mike Quigley, D-Ill., announced he will stay in Congress and not run for mayor.

She praised Quigley, a top member of the House Appropriations Committee who has been a key player in looking after city of Chicago interests.

“I’ve worked very closely with Mike Quigley. And our teams worked very closely, particularly on making sure that we get our fair share of federal dollars. And he’s been effective in articulating our needs, but importantly, turning those leads into appropriations that come back to the city. And I look forward to continuing that relationship with him and his team.”

That Lightfoot is running for another term is certainly no surprise.

Asked about a timetable for making an announcement, Lightfoot said, it will be “soon,” adding “for the first time in two years, we have, I have the ability to look on the horizon, not through a COVID cloud. Now I’m concerned about the uptick in cases as we are all across the U.S. But it feels good to be back together. It feels good to make personal connections with folks that aren’t just over phone or Zoom.

“So I’m spending a lot of time going across the city, having conversations meeting with folks and feel like I need to do that and make real reconnections that you can only really get by sitting down with people face to face. So I’m giving myself the time to do that.”

As to others who might run for mayor, Lightfoot said, “Look, they’re going be people that poke their head up and people that jump in, and I’m going to talk to the voters about our record of accomplishment over these now almost last three years. I feel very, very confident in our ability to articulate a reason and a vision for the future and a reason for voters to vote for me.”