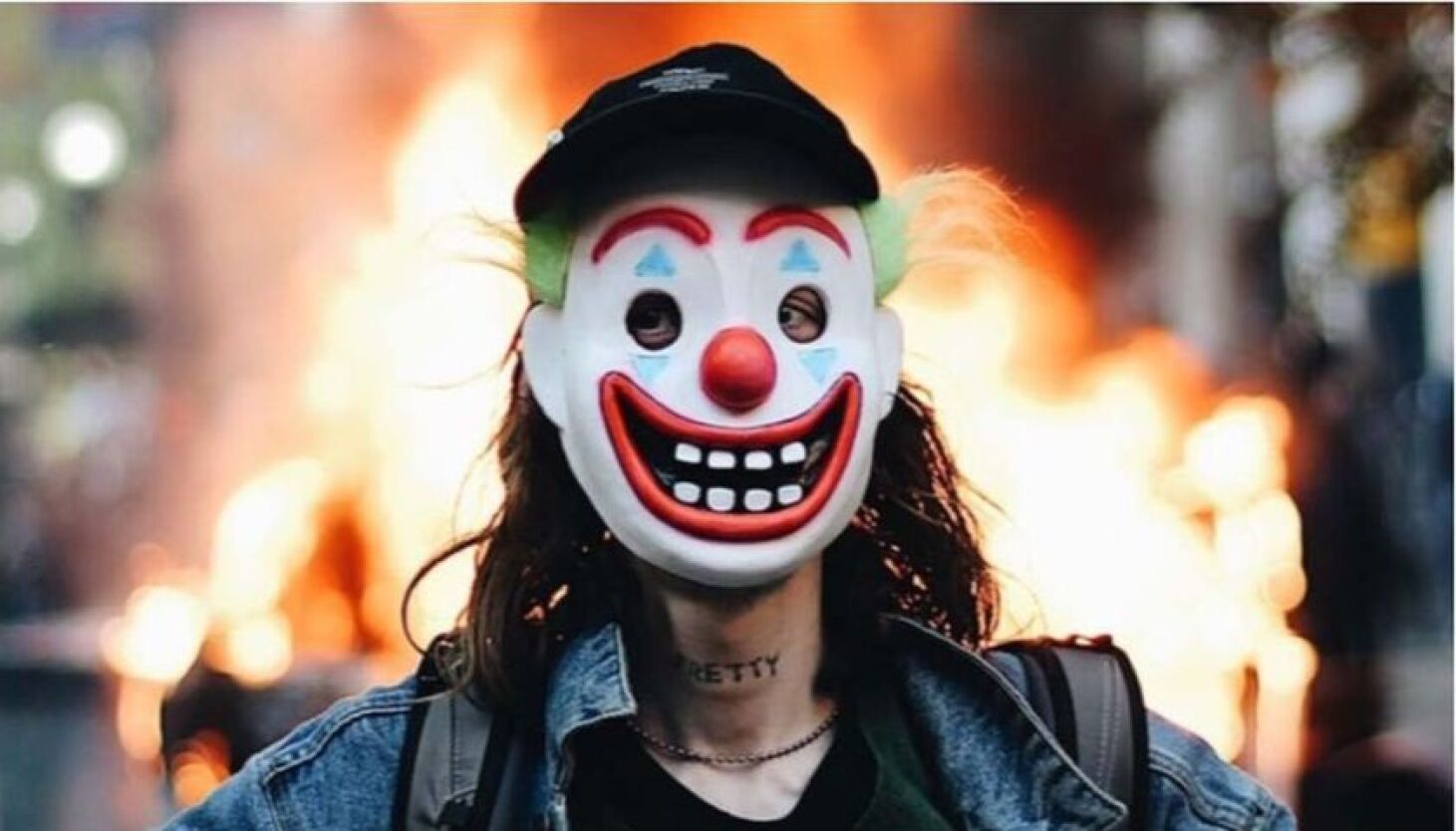 The Pilsen man who set fire to a Chicago police vehicle while wearing a Joker mask amid the city’s May 2020 riots has been sentenced to nearly three years in prison.

U.S. District Judge Andrea Wood handed down the 34-month sentence Wednesday to Timothy O’Donnell, who has already been behind bars for two years.

O’Donnell’s case is among the most high-profile to result from the rioting and looting that took place here in the wake of George Floyd’s murder by then-Minneapolis Police Officer Derek Chauvin. Its notoriety is due in large part to the jarring images of a man in a clown mask amid the chaos that day.

And though a prosecutor said otherwise, O’Donnell’s defense attorney insisted that “he paid the price for wearing that mask that day.”

Before he was sentenced, O’Donnell apologized “to those whose businesses were left in utter ruin” and said he was sorry “if I hurt Chicago’s character in any way.” He said he was “ashamed of myself that I became involved in the problem and not part of the solution.”

Prosecutors said O’Donnell served as that day’s “poster child,” adding to its chaos “for no reason other than to live out his own fantasies.” They said he recorded footage of the protests on his tablet before setting fire to the CPD vehicle, casually joking at one point that it was a “beautiful day for a barbecue.”

But defense attorneys Michael Leonard and Steve Greenberg wrote in a court filing that O’Donnell “is entirely unlike the persona of him created by his wearing of the Joker mask,” which had been a birthday present. They wrote that O’Donnell “is a thoughtful, creative, intellectual, and nonviolent individual,” and that his mother was “a longtime member of law enforcement.”

O’Donnell admitted in a plea agreement last February that after approaching the unoccupied CPD vehicle in the 200 block of North State on May 30, 2020, he “used a lighter to ignite a piece of cloth that he placed in the fuel filler” or gas tank of the vehicle. The area around the gas tank then ignited, and the fire spread to the vehicle’s interior, according to the plea deal.

But O’Donnell’s defense team seemed to walk that back in their court filing. They wrote that “Mr. O’Donnell did not succeed in his efforts to place a rag inside the gas tank and light the vehicle on fire. He failed.” Rather, they wrote that video “clearly demonstrates” that “another individual threw an object or accelerant into or at the vehicle, and as a direct result it went up in flames.”

Assistant U.S. Attorney James Durkin acknowledged during Wednesday’s hearing that “there were other people” who made the fire worse. But Durkin said O’Donnell “started it.” And the judge pushed back against the argument during Leonard’s argument.

Leonard explained that there were “literally dozens of people trying to destroy that car,” but “no one’s being punished except for Mr. O’Donnell.” He even argued that O’Donnell shouldn’t be forced to pay the full $58,000 restitution owed to CPD. The judge didn’t agree.

The defense attorneys pointed, as expected, to the separate case of Jacob Fagundo, a School of the Art Institute student who admitted setting fire to another Chicago police vehicle during the riots on May 30, 2020. U.S. District Judge Robert Gettleman gave Fagundo three years of probation. Meanwhile, O’Donnell has been in federal custody since June 2020.

O’Donnell’s attorneys wrote that there “is absolutely no principled basis whatsoever for anyone to argue” that additional prison time is appropriate for O’Donnell, given Fagundo’s sentence.

Prosecutors charged O’Donnell on June 2, 2020, after investigators tied him to the incident through a “PRETTY” tattoo seen on the neck of the person wearing the mask. Video provided by a witness showed O’Donnell wearing the mask, holding a lit object and placing it in the gas tank of the CPD vehicle.

A photograph taken by a witness also showed O’Donnell handling the gas tank, according to the feds. In another, O’Donnell appeared to be sitting on the ground, wearing the Joker mask while the vehicle burned.

A third photograph apparently showed O’Donnell posing in the Joker mask in front of the burning vehicle. In that one, the tattoo that says “PRETTY” can be seen on the neck of the person wearing the mask. A CPD photo of O’Donnell revealed the same tattoo.

A family member told law enforcement that O’Donnell lived in a room in an apartment in the 700 block of 19th Place. Authorities obtained a search warrant and searched the apartment. The feds say they found a Joker mask in a bedroom.