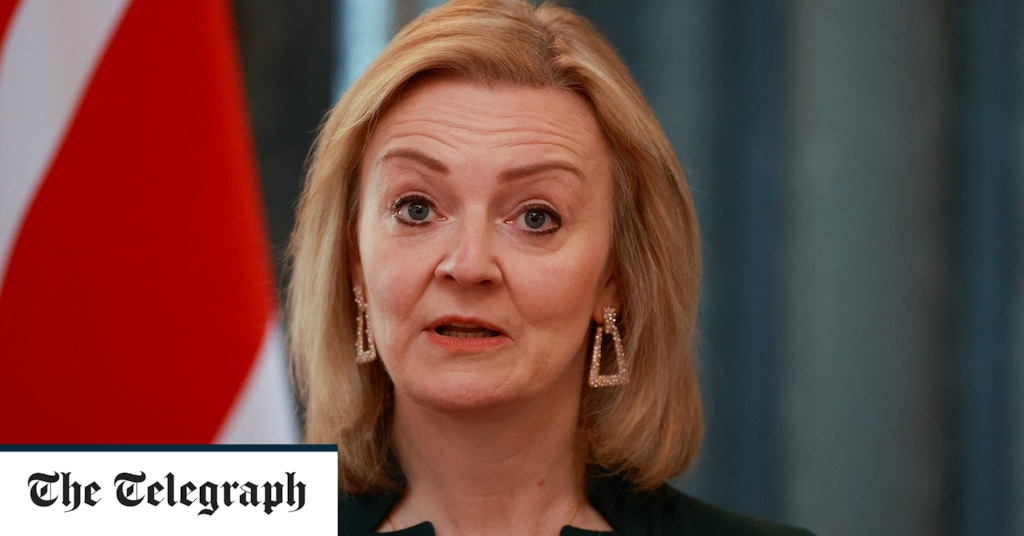 Liz Truss will demand “rapid progress” to break the Northern Ireland Protocol deadlock by the end of January when she holds her first face-to-face meeting with the European Union, the Telegraph can disclose.

The Foreign Secretary has invited Maros Sefcovic, the European Commission vice-president, to Chevening House, her grace-and-favour home, next week in an attempt to add impetus to the stalled talks.

Over dinner at the 17th-century venue on January 13, she will present a series of “constructive proposals” to ease the trade disruptions caused by the Brexit rules for Northern Ireland.

The pair will continue discussions the following day, with Ms Truss keen to end the row over the province in order to reset wider EU-UK relations, which have suffered as a result of the feud.

She is expected to warn her EU counterpart, Mr Sefcovic, that Article 16 remains on the table unless progress towards a deal is made. Brussels last week warned it could rip up the Brexit trade pact if the safeguard measure is triggered.

Ms Truss sees Chevening as the ideal venue to woo foreign officials, and has already used the 115-room country home to bolster post-Brexit ties with Gulf leaders and counterparts from Estonia, Latvia and Lithuania.

Ms Truss was appointed to oversee Brexit negotiations with the EU last month after the resignation of Lord Frost amid concerns over the “direction” of Boris Johnson’s Government. 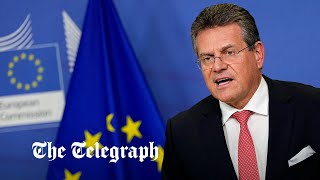 Allies said the Foreign Secretary will be keen to stress the importance of “urgent progress” in the talks over the rules to prevent a hard border on the island of Ireland.

The UK claims that EU-ordered border checks on British goods are having a chilling effect on trade and is demanding a substantial overhaul of the Protocol.

“Liz has invited Sefcovic over at the earliest opportunity and wants to go full speed ahead with talks,” a Foreign Office source told the Telegraph.

“She wants urgent progress. She is determined to get this thing done and find a fair, proportionate and durable solution that genuinely solves problems and protects the Good Friday agreement. She wants a constructive relationship with Sefcovic and the EU and to get off on the right foot.”

Chevening has become an important part of Ms Truss’ diplomatic strategy, using it as a staging post for important talks and photo opportunities, sharing photos of herself with her Arab and Baltic counterparts walking in the grounds of the property, which is set in 3,000 acres near Sevenoaks in Kent. 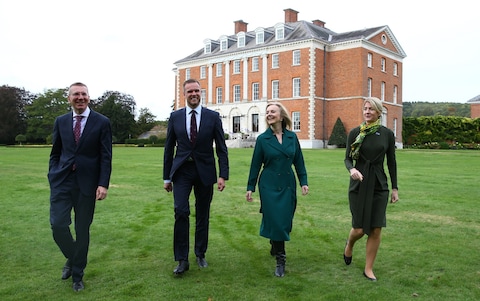 She believes inviting Mr Sefcovic, the EU’s Brexit negotiator, can help resolve the dispute over the Protocol.

Lord Frost, her predecessor, was only able to entertain the senior Commission official from inside the Cabinet Office.

Before the Christmas break, Brussels agreed to change its own laws to allow the UK medicines regulator to authorise new and existing drugs for use in Northern Ireland, which continues to follow EU Pharma rules after Brexit.

But Mr Sefcovic ruled out any further discussions over the European Court of Justice, even after the UK dropped demands over the role of EU judges in the province.

Ms Truss will continue to press her counterpart to agree to end the role of the ECJ as the final arbiter of disputes over the Protocol, as well as measures to ease the burden of EU-ordered checks on British goods.

The Foreign Secretary has insisted that triggering Article 16 of the Protocol remains on the table if a negotiated solution is not found.

The safeguard mechanism would mean unilaterally displaying parts of the Brexit arrangements for Northern Ireland, which have created a trade border with the rest of the UK.