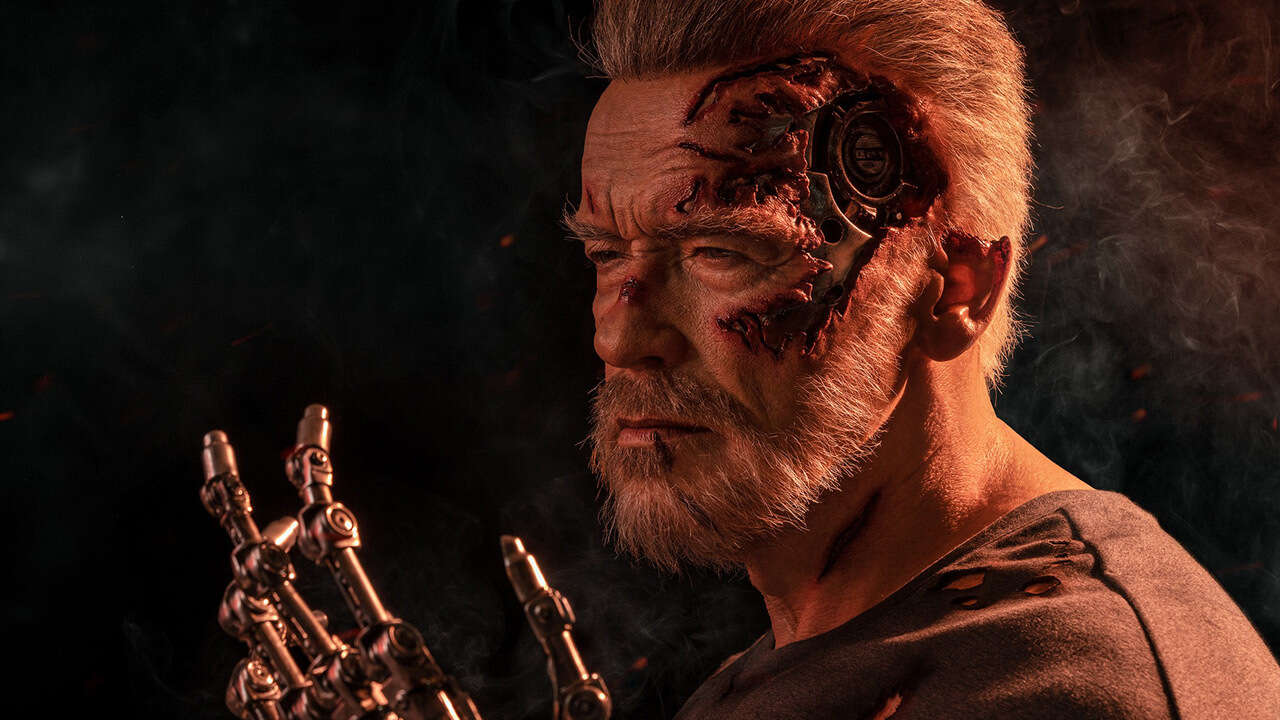 Queen Studios has unveiled its latest licensed collectible, a detailed replica of Arnold Schwarzenegger as he appeared in Terminator: Dark Fate and packing plenty of battle damage. Not just an incredibly realistic replica, this bust is also massive. Life-size in fact, so if you’ve ever wanted to own Arnold Schwarzenegger’s torso without resorting to grave-robbing in a few decades, this is as close as you’ll get to accomplishing that odd goal in life.

While this replica doesn’t use living tissue over a hyper-alloy endoskeleton to create an uncanny likeness of Schwarzenegger’s T-800 curtain salesman, it does use platinum-cured silicone for the skin textures. That particular silicone is often used to create Halloween masks, and if the item is looked after properly, it can last for decades. Plus, it’s soft to the touch so the Terminator bust will have that extra layer of creepy authenticity. To get the hair looking right, Infinity Studios says that approximately 100,000 hairs of varying colors are punched into the bust.

As a battle-damaged replica, it also has scars, damage, and exposed mechanical parts. The endoskeleton parts are made from metal, and the eye has a built-in LED for that trademark T-800 red glow. This collectible won’t be cheap though, and with only 599 pieces being produced, it’ll cost around $4800 to acquire your very own Skynet killing machine. Boots, jacket, and motorcycle, not included.

Beyond 2019’s Terminator: Dark Fate film, the franchise has been put to good use in video games. Mortal Kombat XI featured the Terminator as a downloadable guest character (sadly without Arnie voicing it), a new Terminator open-world survival game is in development, and a Terminator event is currently live in Call of Duty: Warzone.