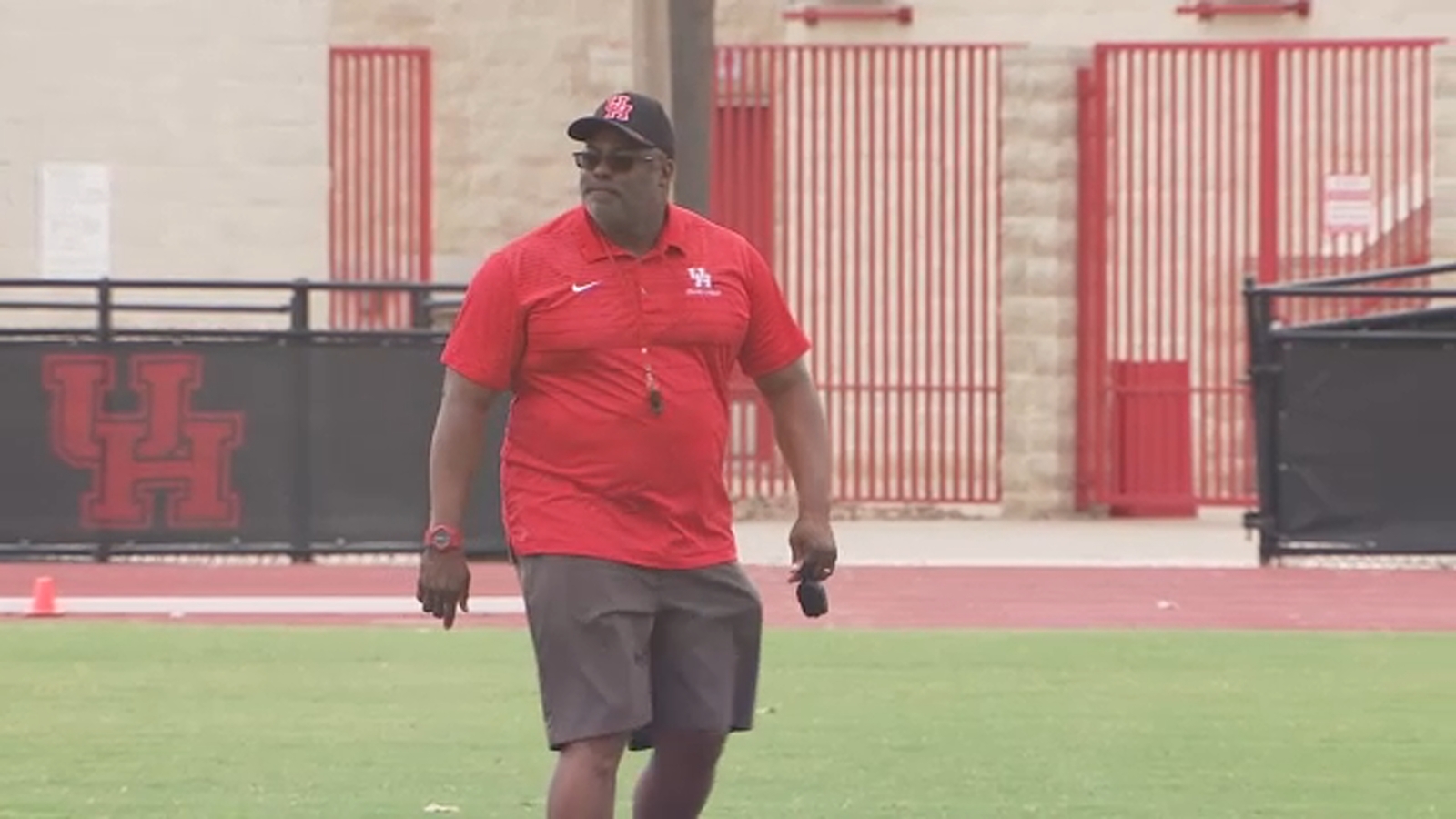 HOUSTON, Texas (KTRK) — After 23 years of coaching at his alma mater, University of Houston track and field head coach Leroy Burrell announced on Thursday he would be leaving the program.

The Olympic gold medalist and longtime coach will be taking his wisdom and knowledge 686 miles away to the SEC powerhouse Auburn University for the head coach position of the track and field program.

In a statement on UH’s website, Burrell reminisces on his time in Third Ward:

“I am grateful to have had the opportunity to be the coach, and I appreciate the tremendous commitment and effort to bring the University of Houston Track and Field program to the level of excellence it has reached,” Burrell said.

“I first stepped foot on Cullen Boulevard as an 18-year recruit and have remained associated in one-way shape or form since 1985. I grew up and realized all my dreams at the University. I then went on to travel the world as a professional all while being coached by Tom Tellez and training with Carl Lewis and the rest of the Cougars that trained post collegiately on campus. When I retired, UH gave me an unprecedented opportunity to be the head coach, and I am grateful to Chet Gladchuk, Diane Howell, and Tom Tellez for giving me an opportunity when I didn’t deserve it. I, along with my staff and student-athletes, went about building the Cougar Track and Field program to national prominence through some of the most difficult, darkest days in the history of our university. For more than 34 years, I poured everything I had into Cougar Track and Field as a student-athlete, alumnus, and coach. Before August last year, my intention was to continue to lead the program, but that all changed when I lost my son, Cameron, on Aug. 9, 2021.

I am forever grateful to Chris Pezman, DeJuena Chizer, Lauren Dubois and the department staff, the Track and Field staff, especially Will Blackburn and Carl Lewis and Mike Pede, who literally held me up me when I couldn’t stand. It was difficult for me to return, but with time and everyone’s support, I was able to function well enough to return in a limited role. In reality, I returned, but I have not quite been the same leader that I was. My only goal was to support the student-athletes because they really became all that mattered. All the while I prayed to either return to being myself or for a door to open to allow me to do something else. The opportunity at Auburn is exactly the door I’d prayed for because it provides me an opportunity to wipe my slate clean and jumpstart my career without the daily reminder of losing my son.

Although I will no longer lead the Track and Field program, I am forever a part of the family of Cougars and will always have a vested interest in the success of the program. I wish the entire staff and student-athletes best wishes as they embark on a new challenge of transitioning to the Big 12. I’m sure the Track and Field team and the department will fare well. My time on Cullen Boulevard has come to an end but rest assured that, whatever God has in store for me and my family, I will bleed Cougar red. Farewell Cougar Nation and Go Coogs!”

During his time at UH, Burrell made a mark within the program. He coached 11 Olympians and 15 NCAA Champions during his tenure and was named Conference Coach of the Year on multiple occasions.

Under Coach Burrell, the Coogs won two NCAA titles. During the 2016-2017 season, his 4×100 meter relay squad featuring his late son, Cameron Burrell, ran a school record of 38.44 and took home the NCAA title. In the 2017-18 season, the team won the title again for the same event, only that time, the relay team ran the fastest time ever recorded at the championships clocking a 38.17.

As a student athlete:

As an athlete of the University of Houston, Burrell was a three-time NCAA champion. In his junior season, he won the indoor long jump title. He then went on to run the fastest 200-meter run ever under any condition with a time of 19.61 and a 9.94 in the 100-meter relay race at the SWC Outdoor Championships. His third title came in Durham, North Carolina in the 100-meter relay race.

During his season, he won the Jumbo Elliot Award and was named the nation’s top collegiate track and field athlete. Burrell was ranked as the world’s top sprinter in 1990 and 1991.

As for the head coaching position, Associate Head Coach Will Blackburn will be the Interim Head Coach for the track and field program.