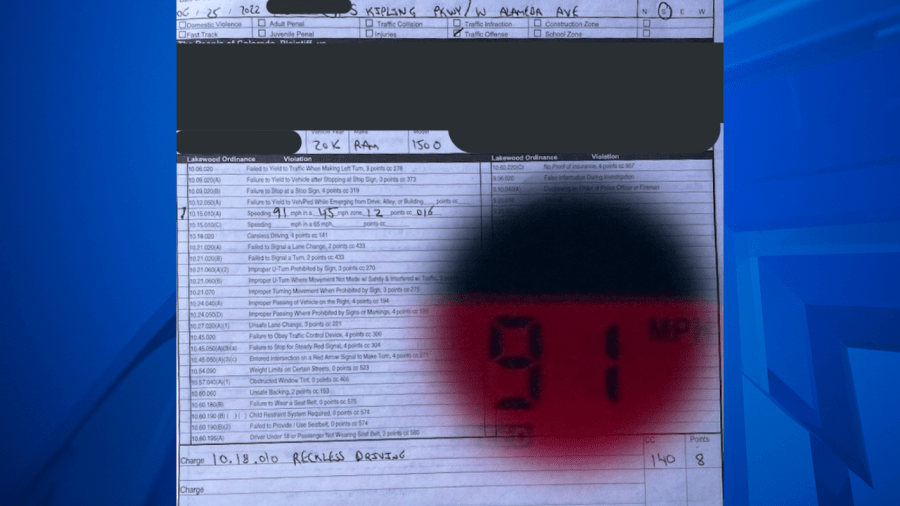 LAKEWOOD, Colo. (KDVR) — Lakewood Police are reminding drivers to slow down after they caught a truck driving 46 mph over the speed limit.

LPD tweeted out a report of a truck that was pulled over for driving 91 mph on a stretch of road with a speed limit of 45 mph. A Dodge ram was clocked at the high speed after driving through Kipling Parkway and Alameda Avenue on a busy Saturday afternoon.

LPD tweeted out a few puns regarding the car involved in the incident.

“We were relieved to stop this truck before it Rammed into someone else. At that speed, it likely wouldn’t be able to Dodge anything,” tweeted Lakewood Police.

Thankfully, the truck was pulled over before causing any damage, but driving at that speed is no laughing matter. LPD said the driver received 20 license points.