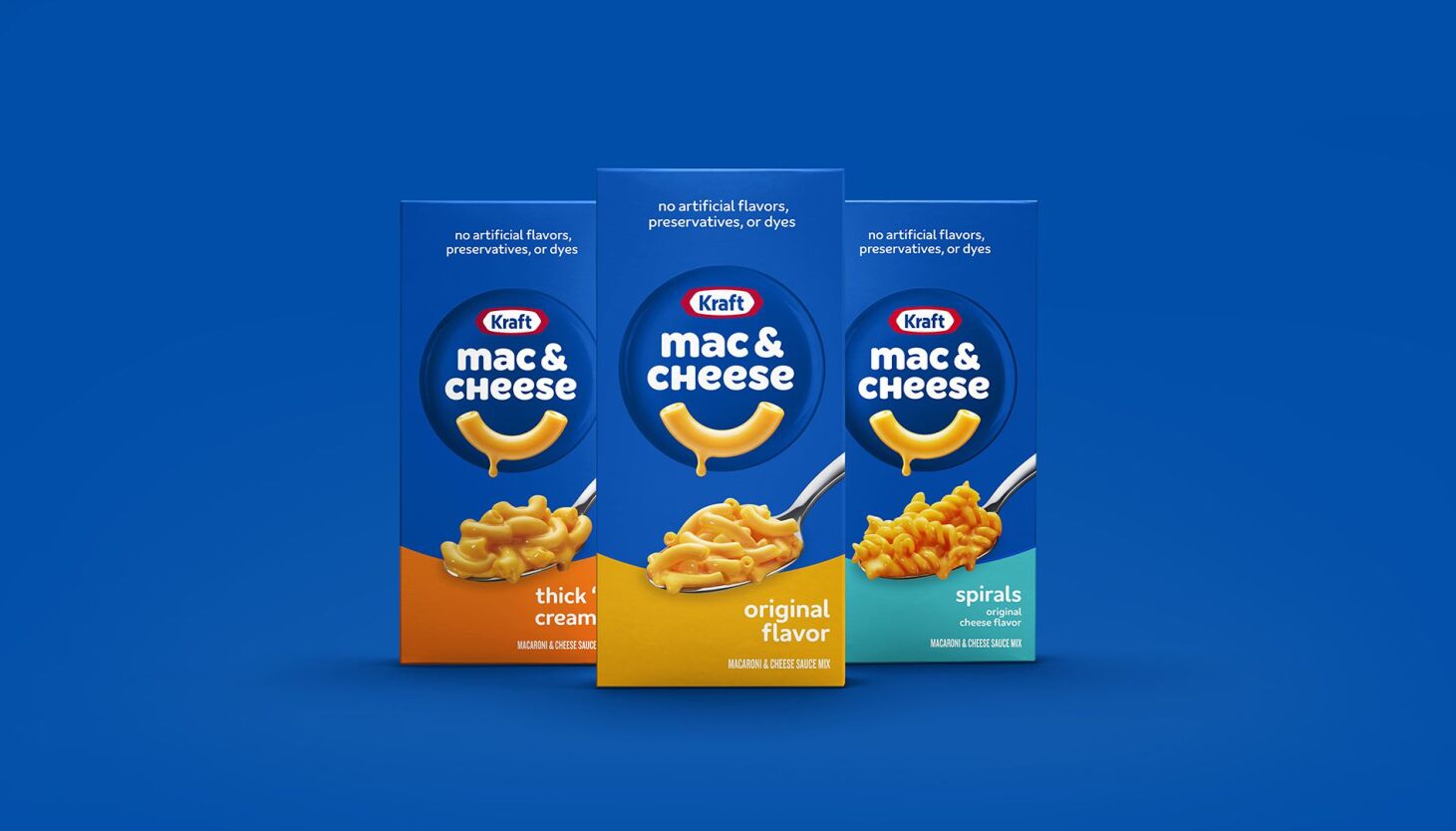 Kraft Macaroni and Cheese is shortening its name and giving the famous blue box a makeover, the Kraft Heinz Company announced on Wednesday.

Consumers can say goodbye to the (already somewhat abandoned) “aroni” – as the product will now be officially named “Kraft Mac & Cheese.”

“The change from ‘macaroni and cheese’ to ‘mac & cheese,’ is meant to reflect the way fans organically talk about the brand,” Kraft Heinz wrote in a press release.

In addition to the name change, Kraft Mac & Cheese is also updating its logo and blue box. The shortened-name is now written in a different font, with white letters instead of yellow. And Kraft’s iconic noddle smile now appears larger and dripping with liquid cheese.

The box is also simpler, covered mostly in a dark blue with just one spoonful of the brand’s macaroni and cheese on the front.

“There is a familiar, craveable, positive comfort to Kraft Mac & Cheese that makes it so special and iconic to millions of people across the world and our new look is a reflection of what our brand means to our consumers,” Victoria Lee, Kraft Mac & Cheese brand manager, said in a statement.

The new packaging will start to hit store shelves in August.