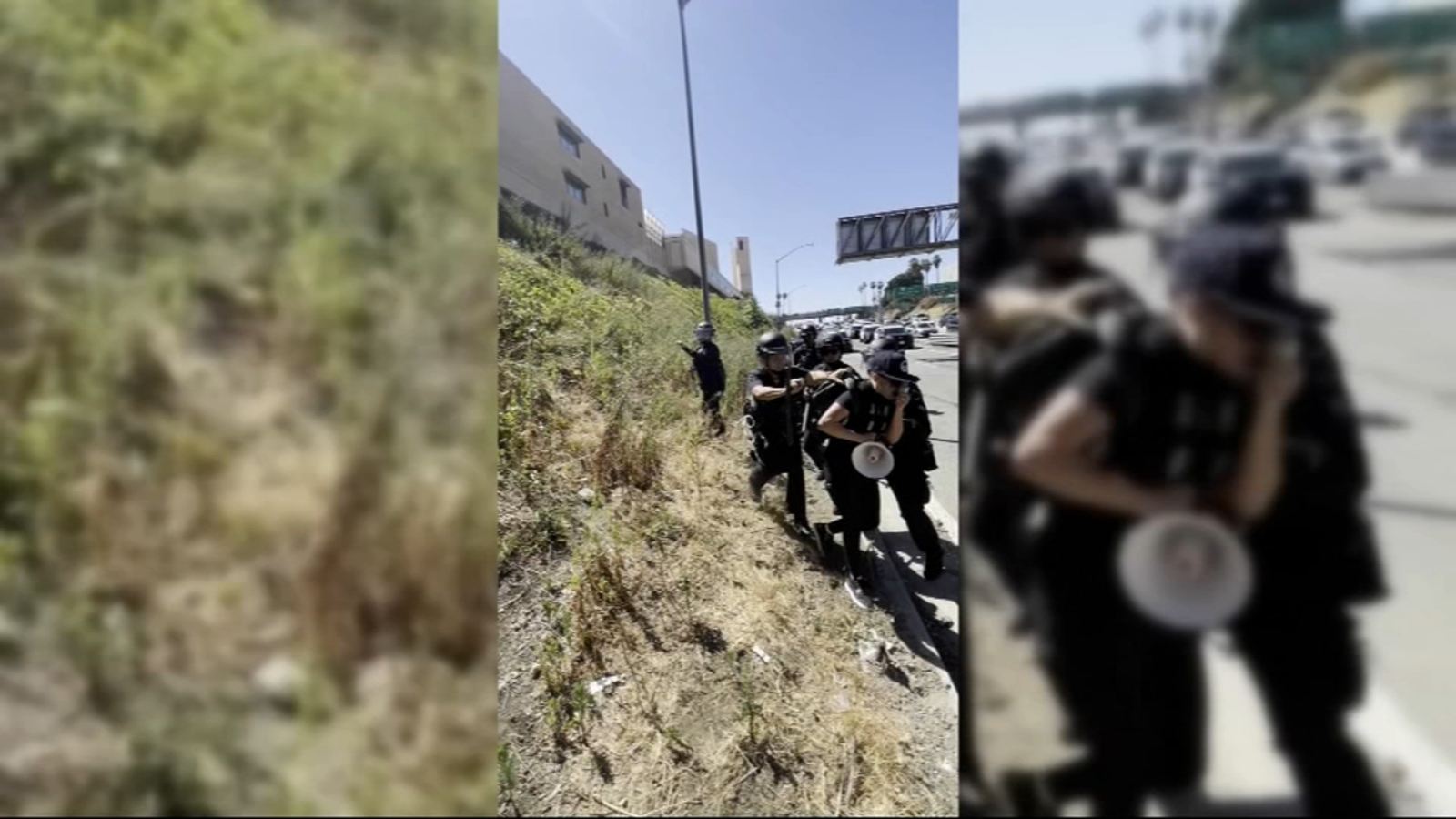 LOS ANGELES — Former sitcom star Jodie Sweetin was shoved to the ground by California police on Saturday during a protest in support of abortion rights.

The former “Full House” actress apparently got too close to Los Angeles police officers, who had formed a skirmish line in front of a group of demonstrators. That’s when Sweetin was pushed to the ground.

Videos from AIR7 HD and a bystander on the freeway show Sweetin, dressed in all black and carrying a megaphone, tumbling to the ground after being shoved. In the footage, she stands up almost immediately.

Sweetin apparently was not seriously injured.

“I’m extremely proud of the hundreds of people who showed up yesterday to exercise their First Amendment rights and take immediate action to peacefully protest the giant injustices that have been delivered from our Supreme Court,” Sweetin said in a statement provided to ABC News. “Our activism will continue until our voices are heard and action is taken. This will not deter us, we will continue fighting for our rights. We are not free until ALL of us are free.”