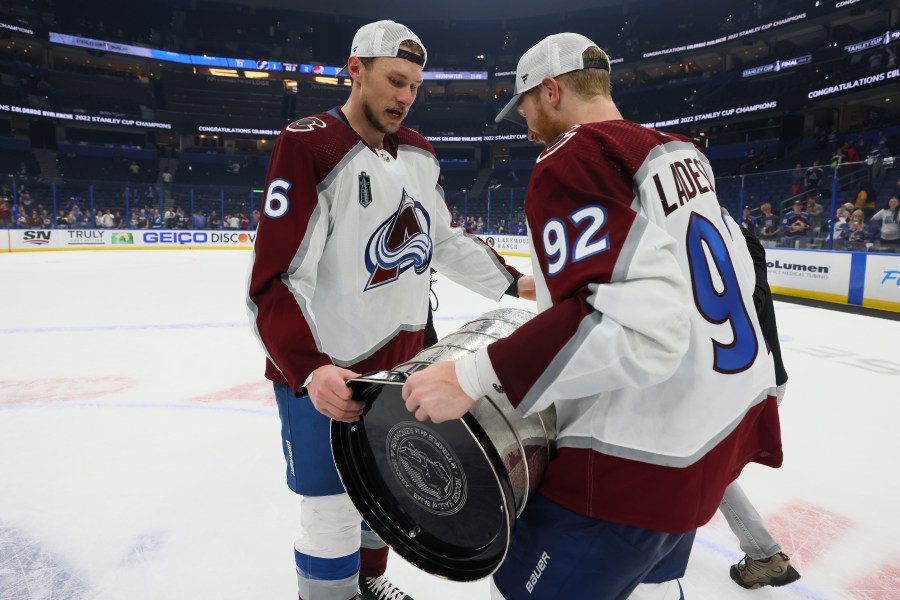 TAMPA, Fla. (KDVR) — With all the excitement for the Colorado Avalanche of taking home their third Stanley Cup, the trophy may have taken a beating during the celebration.

Within minutes, the Stanley Cup now has a dent.

“I don’t even know if they had it five minutes and there’s a dent in the bottom already. Right in the middle of the team photo,” said The Hockey Hall of Fame’s Keeper of the Cup, Philip Pritchard. “I guess it’s a new record today. Five minutes into the presentation it’s happened. It’s the first time it’s ever happened on the ice.”

With the weight of history in their hands, number 16, Nicolas Aube-Kubel, dropped the trophy while skating toward his teammates for a celebratory photo.

“It’s the third time the Avalanche have won it, I guess we will have a little chat with them soon and we’ll go through the process of how we’re going to repair it, but the Stanley Cup tour will go on,” said Pritchard.

Photos and videos captured the moment Aube-Kubel left his mark forever on Lord Stanley. ESPN confirmed the moment in their tweet.

A Stanley Cup Championship parade will take place Thursday in Denver and will be carried live on FOX31 News.