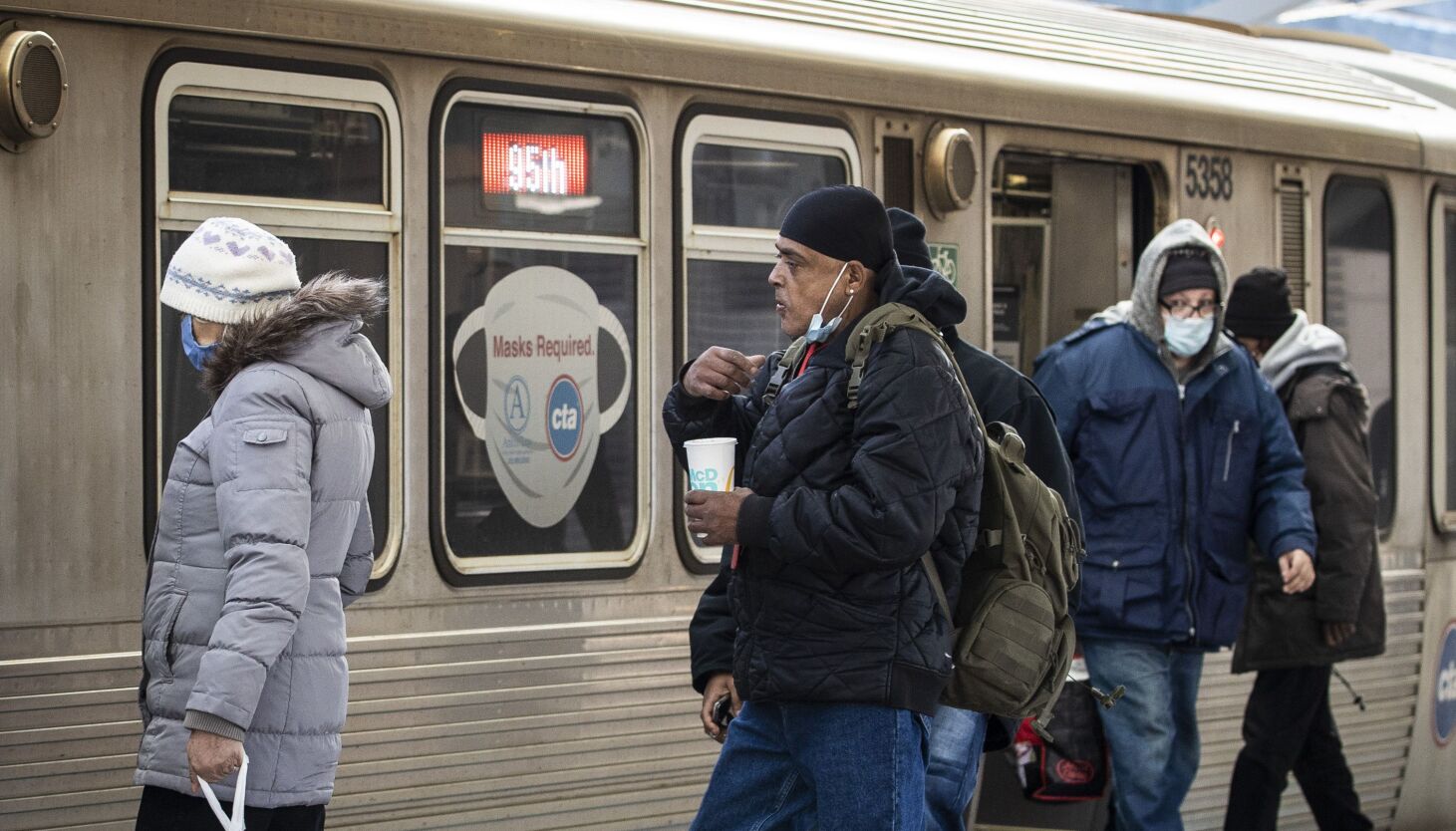 When I say that I have ridden the CTA all my life, I am not exaggerating. I am 53, and I don’t drive. I don’t even have a driver’s license.

I have never actively avoided riding the trains in all my years of traveling the CTA, but these days, I make a conscious effort to do so because the smokers have become a serious hindrance: 50% of the time, there is someone on the train smoking as if they are at home, blatantly disregarding the “no smoking” rule. These individuals just don’t care.

Does the CTA really expect us to push the emergency button on the train to report them, at the risk of our own lives? Where are the security guards that are supposed to be patrolling the trains? I ride the CTA every single day, and I have not seen one of these guards. I am fed up.

You may think smoking on the trains is just a petty crime, but in light of the uptick in more serious crimes occurring on or near CTA train and bus stations, smoking is just the tip of the iceberg.

SEND LETTERS TO: [email protected] We want to hear from our readers. To be considered for publication, letters must include your full name, your neighborhood or hometown and a phone number for verification purposes. Letters should be a maximum of approximately 350 words.

I am actually fearful on the trains these days, and I’m beginning to doubt the CTA cares about its customers or its employees. I invite some of their executives to ride their buses and trains for a week or two and experience what we do on a daily basis.

I wonder why there aren’t opportunities like STEM (science, technology, engineering and math) going on in every aldermanic district this summer. Last summer, there were waves of young people walking the streets of Hyde Park and North and South Side beaches with nothing to do.

Every alderperson should have a meeting with their high school constituents and give them a list of summer opportunities, jobs and entertainment so they don’t fall through the cracks and end up walking the streets looking for something to do. Let’s avert needless trouble.

Thank you for your editorial, “To protect the planet, enact green parts of Build Back Better.” It does an excellent job stressing the small window of opportunity we have as a country to take needed action on climate by end of this summer, or potentially risk years of inaction in Congress.

For people of faith, creation theology emphasizes our obligation to be good stewards of the Earth. A biblical reference commands us “to till and to keep the garden.” Well, we have done a lot of “tilling” but a lousy job of “keeping,” especially related to climate.

Let’s exercise our own stewardship by writing and calling our elected officials to do the right thing: pass a new budget resolution proposal that includes the climate-related investment funding that was originally included in the Build Back Better legislation.

The ward map debacle that ended in the all-too-typical “backroom deal” is just the latest in a nearly endless string of nebulous, non-transparent deals brokered and/or blessed by the mayor behind closed doors, withlittle or no public input. The monuments debate, the casino decision, her ever-changing traffic ticket and licensing policy, gasoline rebates — all were done deals before the public was informed or allowed to have a voice.

I hope her lack of transparency and public trust is remembered on Election Day.

Be thankful for the filibuster

Both Chicago newspapers reported on the new abortion law that has been proposed, removing restrictions on the procedure, and they both blamed it on the filibuster.

Like the filibuster is some underhanded loophole that conniving politicians use to deprive the American people of something worthwhile, all for either personal gain or simply to sabotage the work of the other party.

The filibuster is a guarantee that controversial bills have more than simply the barest majority of votes to pass. When Republicans had the majority in the U.S. Senate, Democrats were thankful for the filibuster and used it all the time.

Be thankful for the filibuster. The Republicans will have control of the Senate again, and you will be glad it still has it.

Thank you to columnist Mona Charen for her balanced discussion of the abortion issue.

Many commentaries on this critical issue present nothing more than catastrophic thinking, reveling in the worst possible scenario. Meanwhile, Charen has managed to humanize the discussion while issuing a call for reasonable, intelligent debate and compromise.

Catastrophizing is not going to lead people toward a better future.