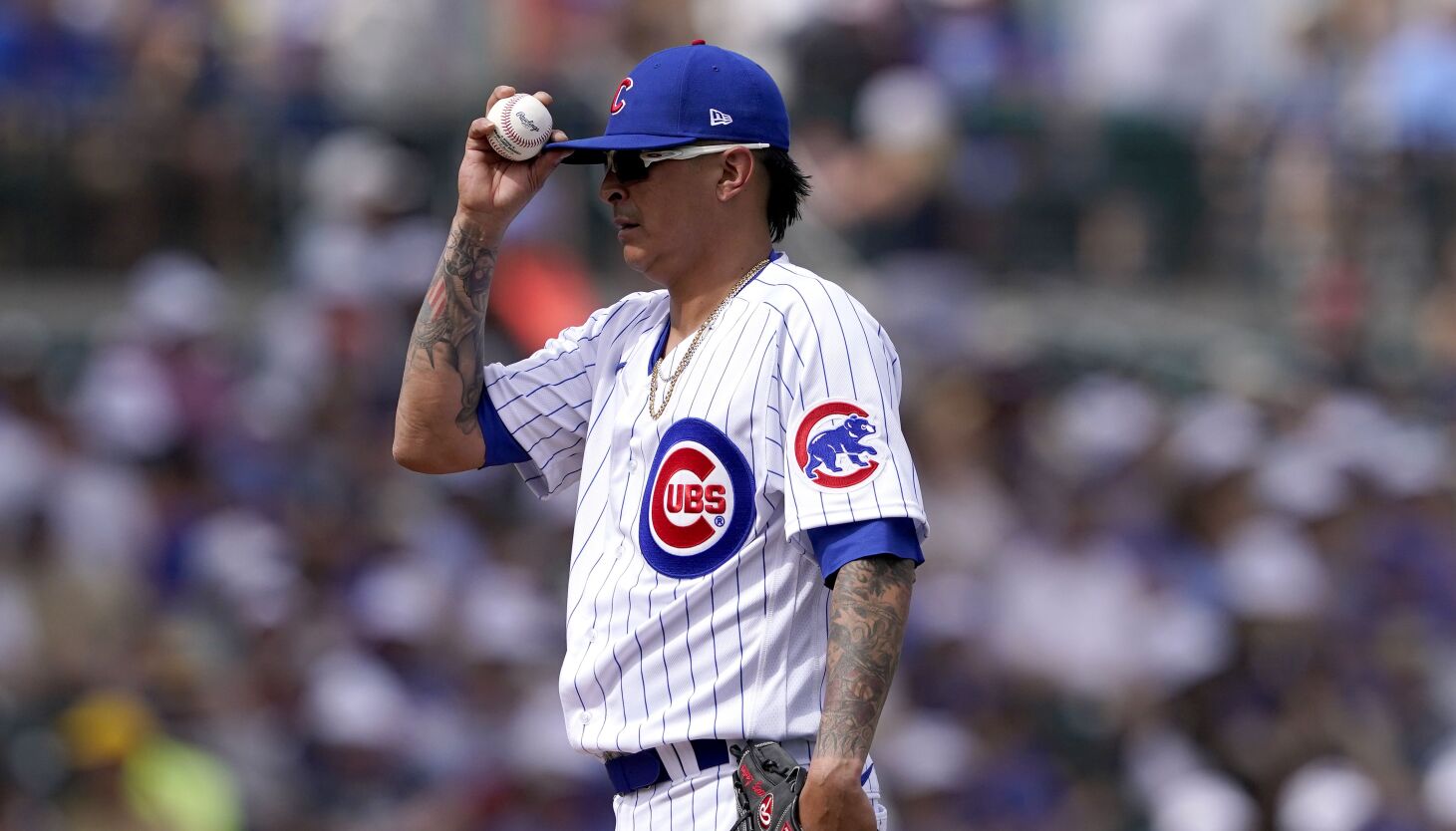 ATLANTA – Braves reliever Jesse Chavez greeted Cubs rookie Ethan Robers with a, “How you doing kiddo?’” before their teams opened a three-game series at Truist Park on Tuesday.

Chavez’ 2022 reunion with the Cubs had been short-lived. He’d appeared in three games for the Cubs, allowing four runs in 5 ⅔ innings before the Cubs traded him to Atlanta last week, with a cash consideration, for left-hander Sean Newcomb.

In that short time, the veteran reliever made an impact on Roberts.

“I sat and talked in the bullpen with Chavy this week for probably, gosh, a total of two hours probably,” Roberts said last week, “just just nit picking his brain and stuff like that.”

The biggest piece of advice Chavez gave him, Roberts said, was to breathe.

Chavez told the rookie that in Colorado, after Roberts walked in a run in the fifth inning of an eventual Cubs win.

“It’s a learning experience,” Roberts said with a smile. “I’m young, I’m gonna make mistakes. But I’m going to learn from my mistakes and not make them again.”

Ring in the series

A pair of Cubs pitchers stood on a red circle of red carpet up the first baseline before the game Tuesday as the public address announcer’s voice boomed over the loudspeakers:

The crowd gave each an ovation to kick off a brief World Series ring ceremony for the former Braves who signed with the Cubs this spring. They donned their diamond-encrusted rings and held them out to be displayed on the imposing video board over center field.

On the Braves’ way to a title last year, Martin allowed one run in five playoff outings, and Smyly earned the win in Game 4 of the National League Championship Series before appearing in two World Series games.

“I think the challenge is, you’ve got an elite defender that we’re missing, right?” Cubs manager David Ross said. “… ​​I think guys [have] been doing really well, we’ve mixed and matched the group as best we could.”

Without Simmons, versatile infielder Jonathan Villar, who the team envisioned as primarily a third baseman, has been serving as the backup shortstop.

“I think the main thing is just knowing he’s a big part of our success,” Ross said of Villar, who has committed four errors but entered Tuesday hitting .341 with eight RBI. “He’s swinging the bat well. Some guy may be playing great defense but not hitting – we’ve all got areas in our game that we can improve. And he’s working.”