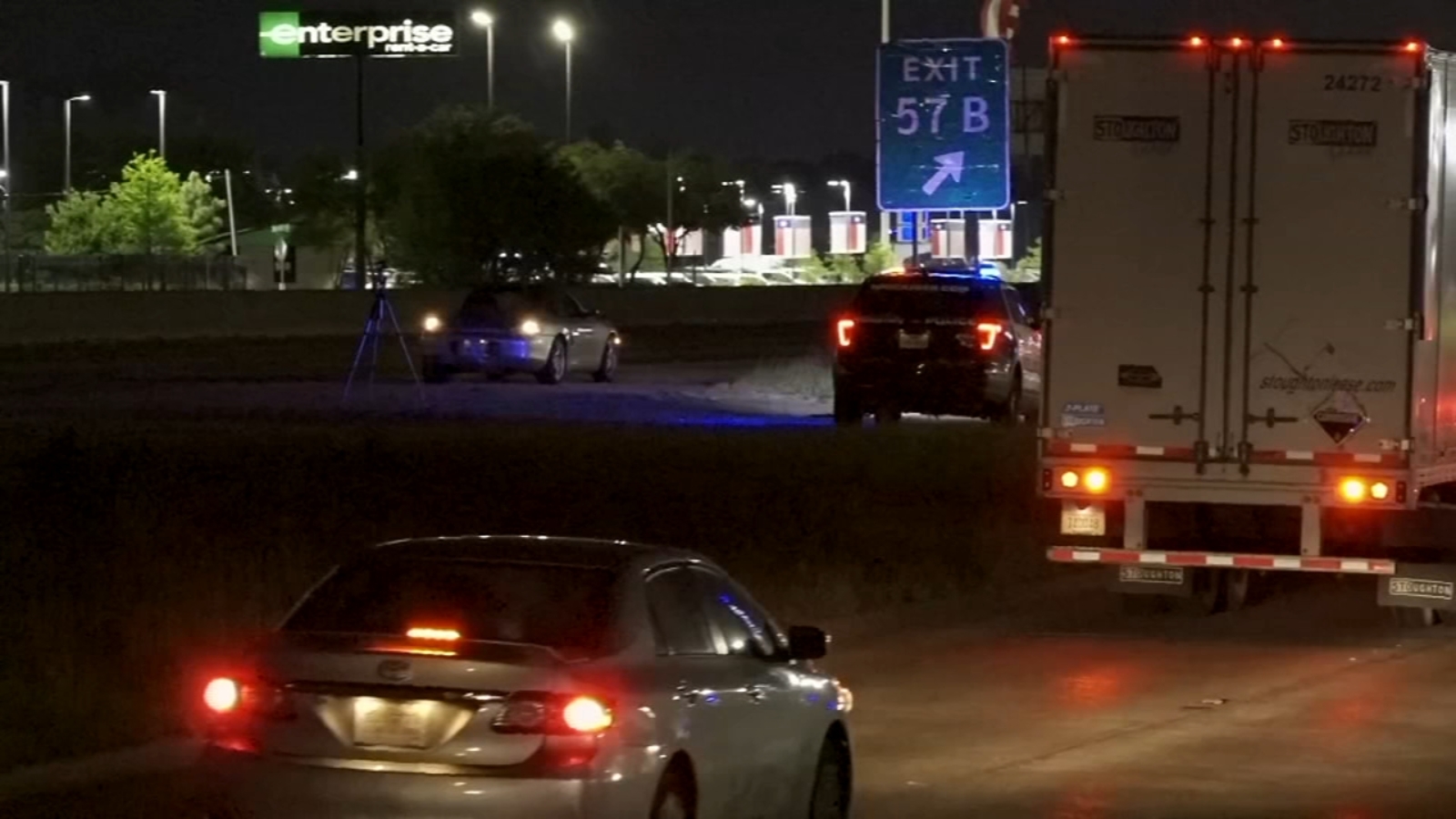 HOUSTON, Texas (KTRK) — A motorcyclist was killed in a crash on the North Freeway overnight.

Houston police received a call about a motorcycle accident on the I-45 North Freeway at Gulf Bank Road around 12:45 a.m.

Houston Transtar cameras captured video of the freeway at West Gulf Bank, which was shut down for about three hours after the deadly crash.

Officials said two vehicles were involved in the crash, and the motorcyclist was killed.

It was unclear if the other driver involved was also hurt, or if anyone is facing charges.

Another deadly accident happened near the same area on Thursday morning.

A hit-and-run crash in the 700 block of West Mount Houston Road, at the I-45 North Freeway underpass, left a bicyclist dead.

According to HPD, the 40-year-old victim was riding his bicycle westbound in the eastbound lanes of West Mount Houston when a driver struck him.

Police did not know the suspect vehicle’s make or model, but did say it was traveling eastbound on West Mount Houston.

The driver did not stop and render aid, according to HPD.

The victim was pronounced dead at the scene.