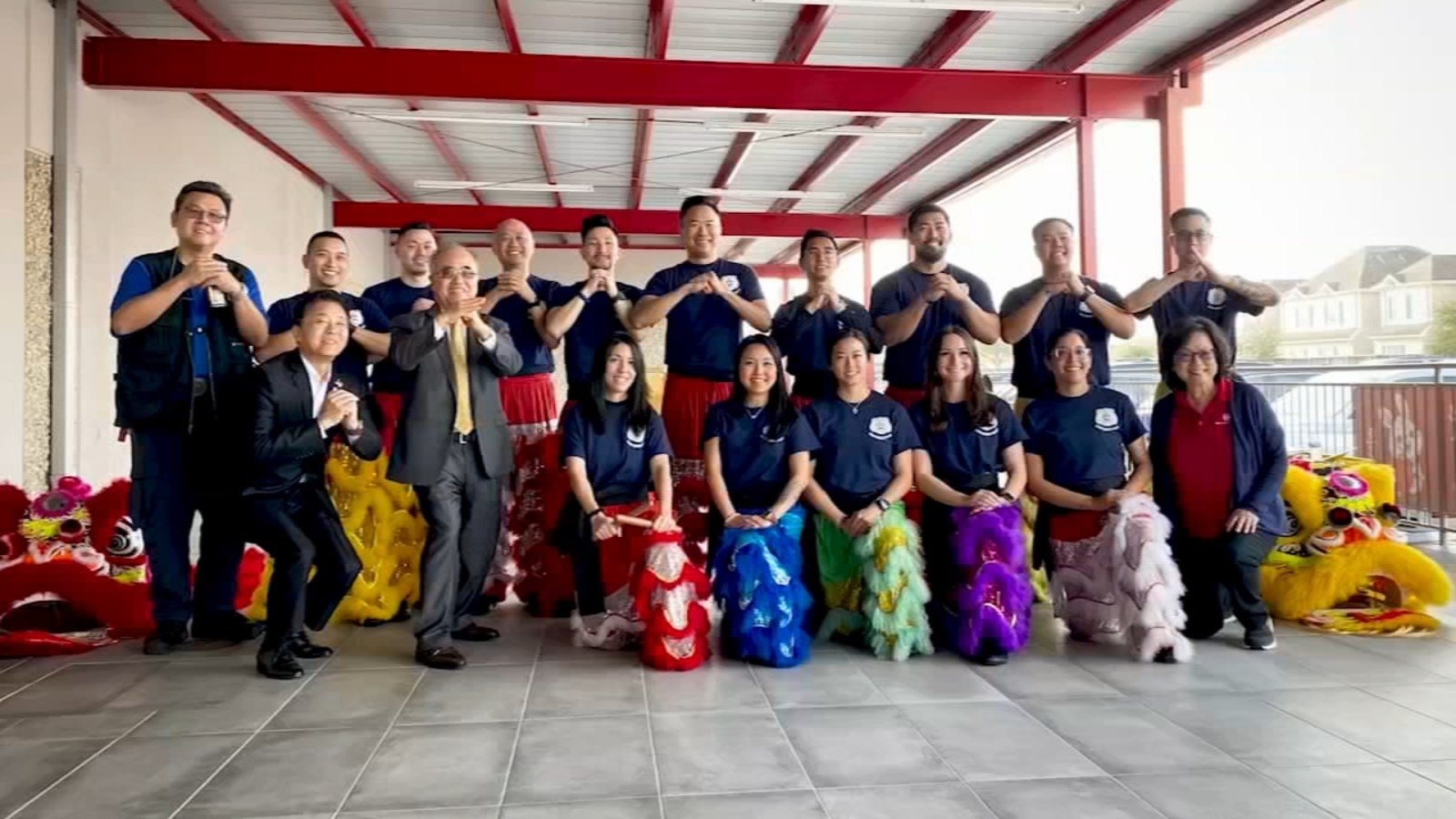 HOUSTON, Texas (KTRK) — A new lion dance team is making its debut in Houston this Lunar New Year season. But what’s unique about this group is it’s made up of 16 Asian American officers from the Houston Police Department.

Lt. Jonathan Lui said the idea originally came from Asst. Chief Ban Tien, who was inspired by the San Francisco Police Department. He learned they’ve had their own troupe for more than 30 years while attending the National Asian Peace Officers Association Conference in August.

“We have such a big Asian community here in Houston, and we thought it’d be a great relational policing tool for all to use. This dance alone allows us to touch multiple people all at once. So, it shows that officers are very friendly and involved in the community,” Lui said.

Lui shared that seeing a lion dance brings up childhood memories of when his family owned a local restaurant in Chinatown. He remembers the emotions he felt when a group would perform outside.

“I was suddenly excited to see the performance, the acrobatics, the energy with the drums, and beautiful movements. It brought a smile to my face and everyone else’s face,” he said.

Many of these team members follow the lead of Sgt. Alex Chan, who has 28 years of experience with lion dancing and martial arts. Little did he know that experience would one day collide with his career in law enforcement.

“We see a lot of smiling faces, especially on kids and parents. It brings joy to us, because it’s kind of like Christmas. When we look through the lion head, all we see is just everybody laughing, smiling, having a good time,” Chan said.

All of these officers volunteer their own time to be a part of HPD’s first-ever lion dance team, rehearsing at least once a week at the Chinese Community Center since September.

Their uniforms and equipment have been made possible through a grant from the Southwest Management District, an organization that has met monthly with HPD to help reduce crime and improve safety in the area.

“We’ve never thought about police officers doing a lion dance. But that helps fuel the excitement of the program. We foresaw that this would be a great way to support and promote our district throughout the City of Houston,” said David Peters, committee chair for Southwest Management District.

HPD’s lion dance team delivered their first show Tuesday, performing at a senior center in Southwest Houston. As they prepare for more community appearances, they hope this team will continue to grow and incorporate more techniques in the future.

“I just want the public to know that HPD really cares about the community. We’re always thinking of innovative ways to interact with everyone. We’re people too and we understand that you’re people. Events and groups like this together can really form a bond and build trust,” Lui said.

“It’s been a great experience and builds camaraderie with our officers,” he added. “Everybody comes from different stations. So, it gives us time to actually break bread and talk to each other.”