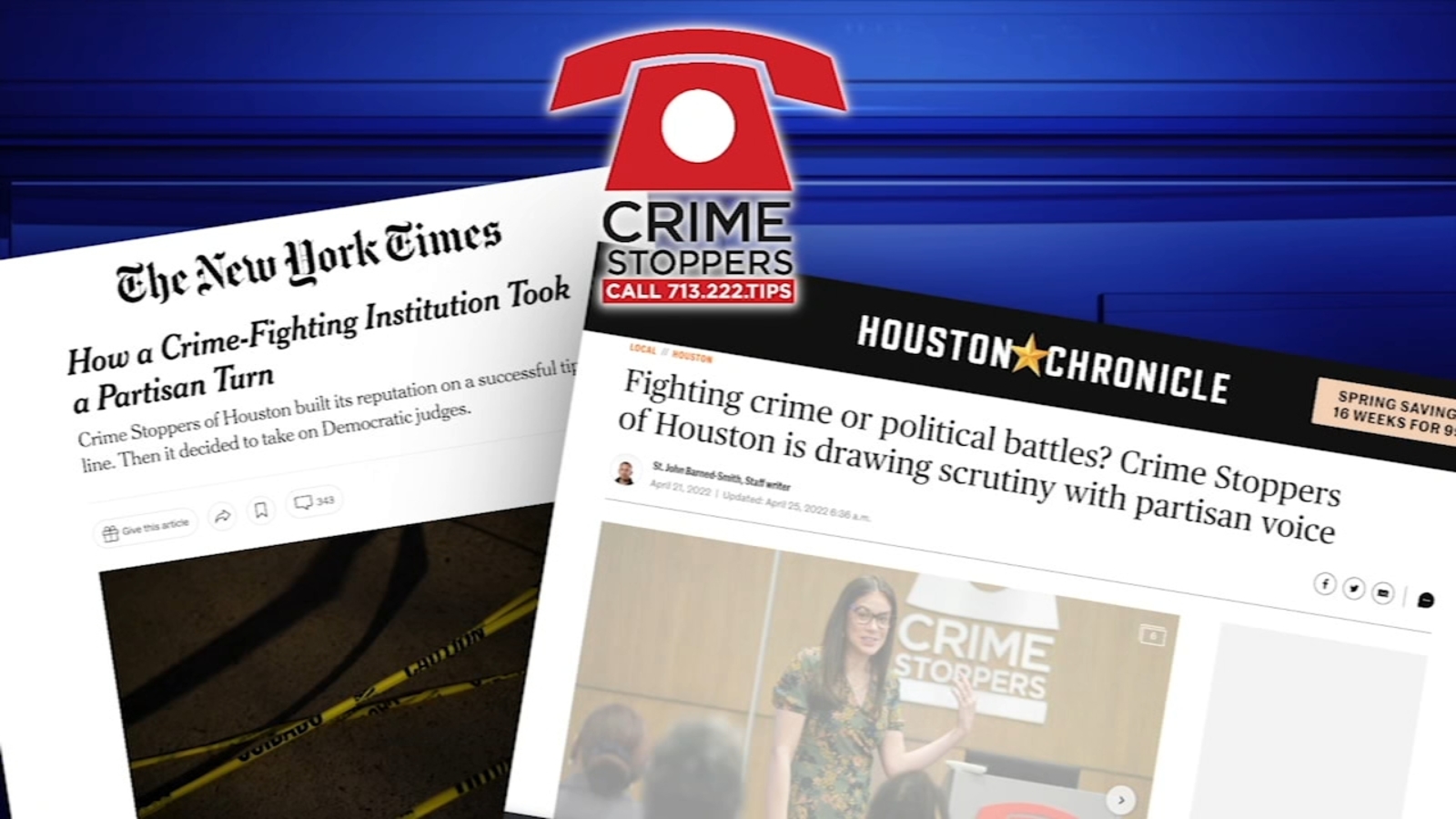 This was supposed to be a day of honor for Crime Stoppers of Houston.

“Whereas Crime Stoppers of Houston has served on the front lines of public safety and crime prevention through educational programs, awareness, campaigns, and outreach,” Commissioner Jack Cagle said.

Instead of recognition, the Harris County commissioner’s court turned in another direction.

“Two credible news outlets that are well respected raised some issues,” Commissioner Rodney Ellis said. “I think it’s valid to look into it.”

Over the weekend, The New York Times and Houston Chronicle examined Crime Stoppers of Houston and the cases it’s focused on. The reports raised questions on if the agency is politically-driven, highlighting its focus on bond cases.

The stories prompted Ellis to request a 10-year review of Crime Stoppers.

“It would be interesting if somebody looked at the texts and emails to what extent the current leadership has taken a great organization with great intent and turned it into something they can use as a political club,” Ellis said.

Others disagree. Crime victims testified, sharing how the agency has made an impact. It’s a spotlight Commissioner Tom Ramsey can’t ignore.

“From what I’ve grown to appreciate, they are the last source of support for many of these victims who have no one else to go to,” Ramsey said.

Crime Stoppers told commissioners it’s not politically charged. The agency said donations from democrats were left out of the newspaper stories. Leaders explained they’re audited twice a year. They questioned the motive behind the review request.

“We’re in an election year, and I get it, you’ve said this repeatedly, and it’s a season where crime and political safety is now political,” Crime Stoppers Director Andy Kahan said.

Recognition is now on hold after commissioners asked for a review.

You can read the full breakdown from the organization, including what they had to say about their funding and judges on the Crime Stoppers website.