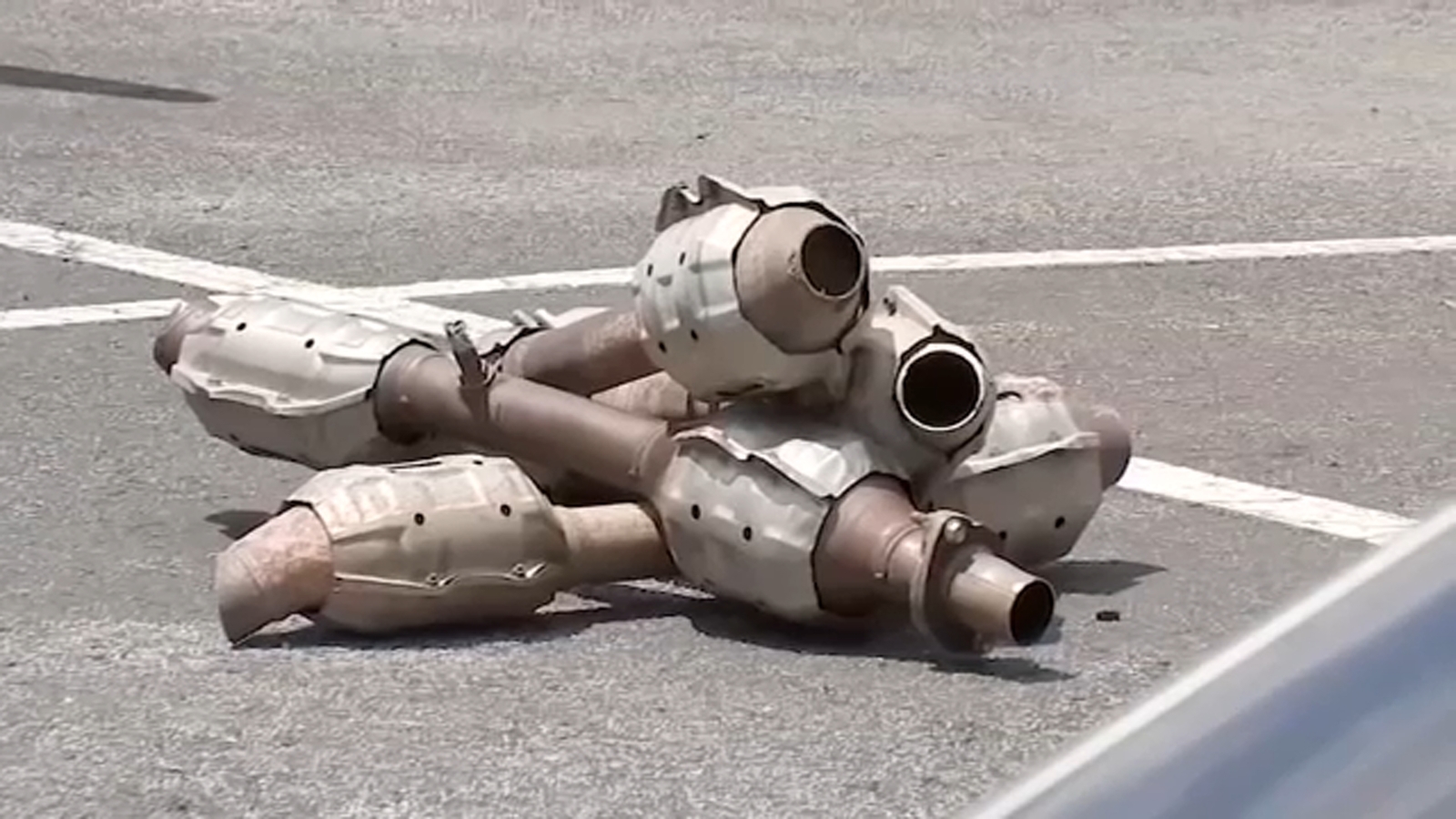 PASADENA, Texas (KTRK) — Multiple arrests have been made after an incident involving catalytic converters being stolen from a movie theater parking lot, police say.

The video used above is from a previous story.

Police arrested four suspects allegedly caught in the act of stealing catalytic converters at a Cinemark Movie Theater in the 2100 block of Beltway 8 on April 12.

Upon arriving to the scene, officer canvassed the area before locating a car matching the suspect vehicle’s description in the parking lot.

The arrests come after Pasadena police created an initiative to fight the increase in catalytic converter thefts. Through the efforts, six catalytic converters, 19 saw blades, two saws, debit cards that did not belong to the suspects, and additional items were recovered, police say.

As they were taken into custody, two of the suspects admitted to having a prior criminal history; one said he was arrested for multiple counts of theft of a firearm. One also claimed that he is fighting a murder charge.

The four suspects will be charged with engaging in organized criminal activity, which is classified as a felony.