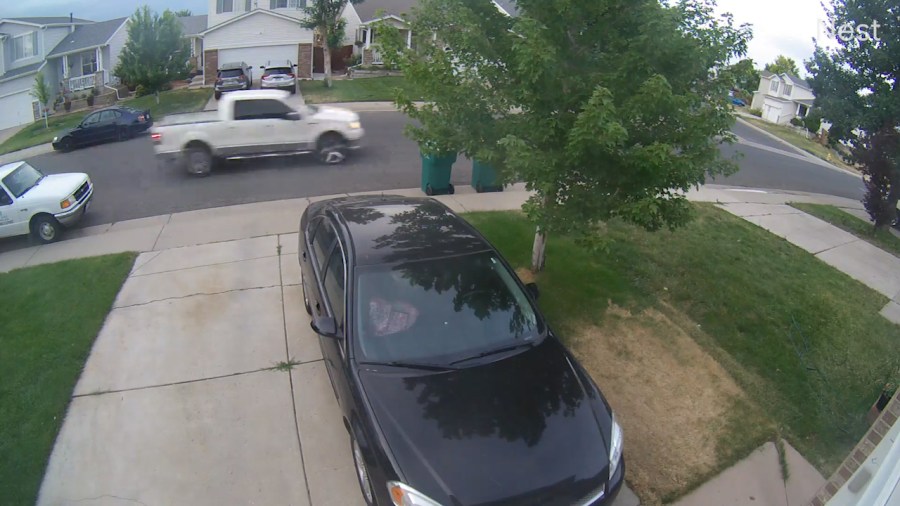 AURORA, Colo. (KDVR) — Some residents in Aurora are reacting after a high-speed police chase zipped through their neighborhood.

This latest incident highlights what some people said is a major problem, one that could end up having dire consequences.

It happened in a neighborhood near Tower Road and Interstate 70 Saturday night. Along Espana Way is a speed limit sign of 25 mph.

A pickup truck chased by police Friday night drove down the street. Some neighbors estimated the truck topped out at speeds between 60 and 70 mph.

“It’s kind of a treacherous street to park on even,” Kevin Gardner, a resident on the block, said.

Security cameras at the home of Thomas Debaillon, another resident on the block, caught video of the truck speeding down the street.

“They’re chasing someone down the street that’s a speed limit of 25 mph,” Deballion said.

SUV takes off after collision with motorcycle closes I-70

Aurora police confirmed they were involved, but said they stopped the high-speed pursuit because officers were not authorized to give chase.

“Every three or four vehicles, you’ll have someone going like 20 or 30 over, at a minimum at least 10 over,” Deballion said.

It’s just the latest incident involving speed. Debaillon said there have been others, including when a motorcyclist crashed into his pickup. He blamed speed.

“There are children playing, all kinds of other stuff, it gets scary. We just pray that nobody got hit,” Gardner said.

Gardener’s son, Nicholas, only started driving a year ago. The speeders have been a lesson for him.

“It’s definitely taught me that I need to be safer and just not to speed,” Nicholas said.

Aurora police said the chase started after they received calls of a suspicious truck with a person inside who may have been doing drugs. That person fled from police and remains at large.