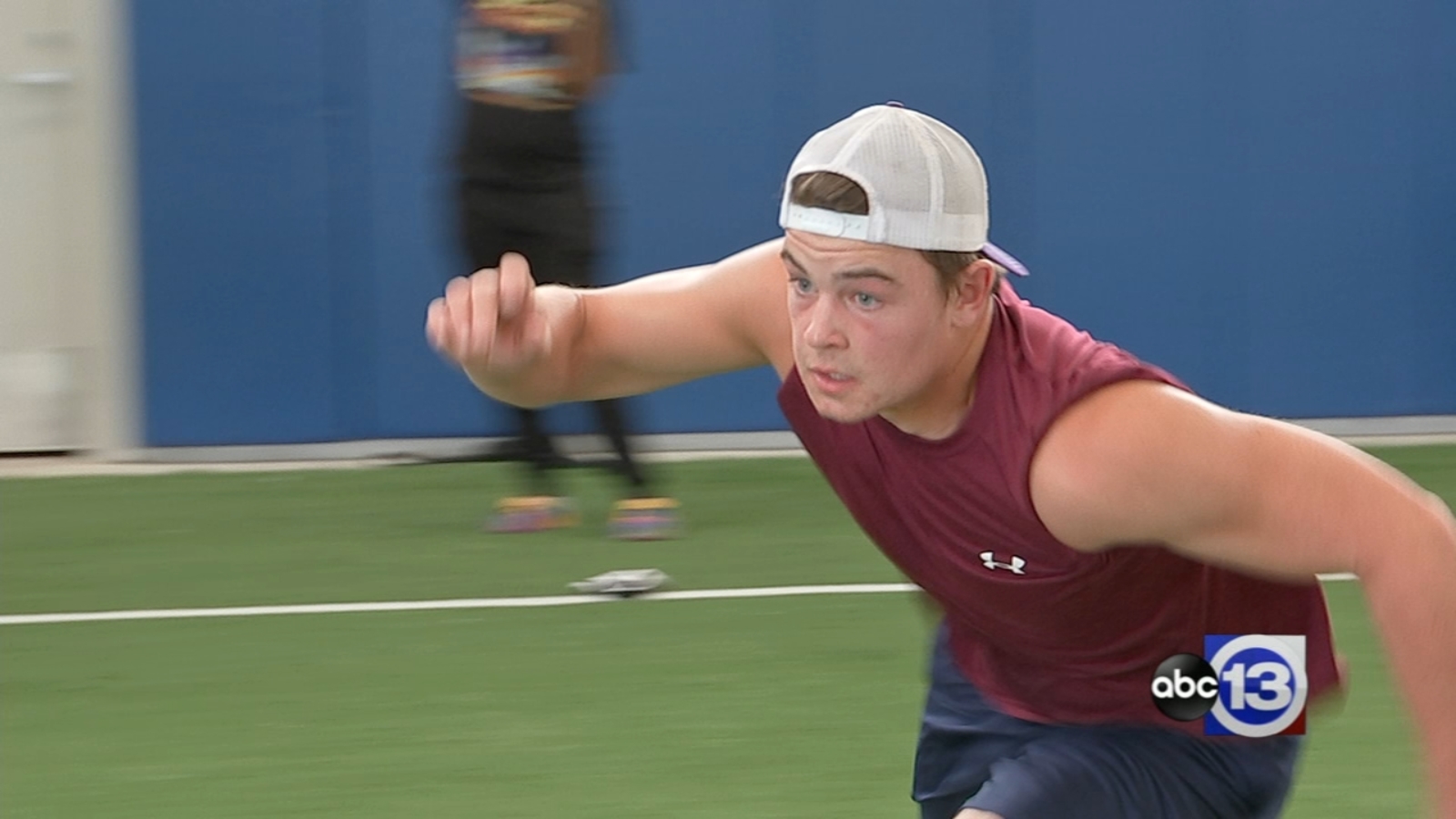 “Down here in Texas, this is a year-round deal,” Mike West, the founder of Prime Pick Representation, said.

During the summer, when most high school-aged kids are relaxing and taking time off, high school football players in our area are working. “Workout and lift weights. Go to camps, and all of that,” Hastings offensive lineman Tristen Shandy said.

“Nah, Nah. Summer is not for relaxation and vacations. Summer is for working, and if you are not working, you are not getting better,” Atascocita defensive lineman Samu Taumanupepe said.

Because football games are won or lost in the trenches, West hosted Trappin’ in the Trenches Lineman Camp to work with offensive and defensive linemen.

“We know in Texas we have the best brand of football, and there is a reason for that, our kids take it seriously and prepare for it year-round. It’s just our culture here. There’s a reason we are producing the top players in the nation every year,” West said.

“I just came down here to put in some work, work on my hands, work on my technique. Just competing shows where I’m at competitively,” Zachary Chapman, Fort Bend Marshall senior defensive end, said.