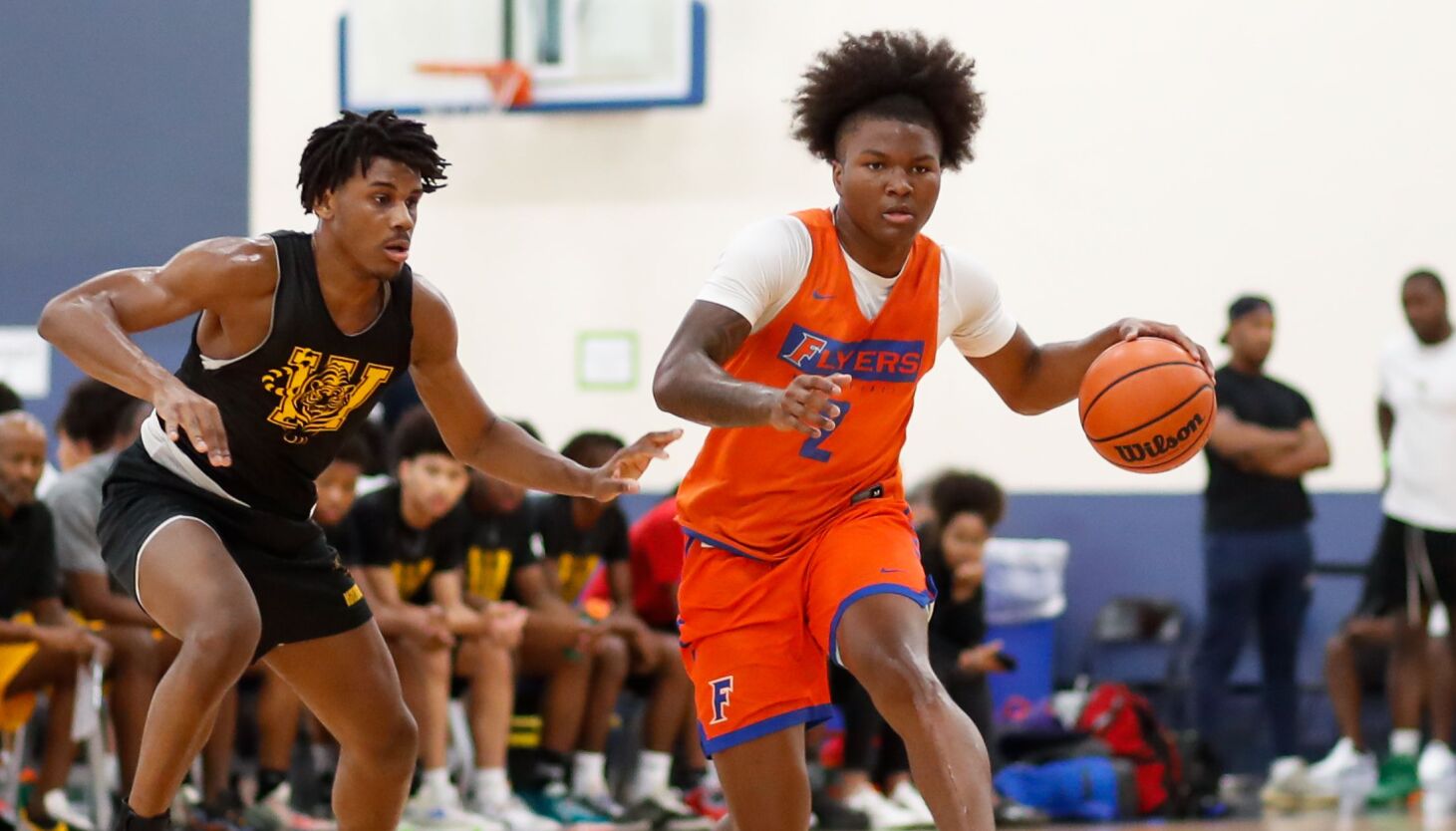 A three-day basketball extravaganza wrapped up this past weekend as Riverside-Brookfield and Normal West played host to 130-plus teams and dozens of Division I prospects.

While there were certainly some dud-like performances from a few established names, we’re going to stay positive. Several players opened eyes and raised their stock considerably.

Here are a half dozen seniors who enhanced their stock in the eyes of college coaches and the City/Suburban Hoops Report –– or both.

The biggest breakout player of the weekend. The Hillcrest big man was ranked among the top 25 prospects in the class heading into the weekend. But he’s quickly climbing and inching his way towards top 10 status.

Baker was a revelation over the weekend. He averaged 11 points a game this past season but has shown to be one of the more improved players in the class. He’s playing with more confidence and assertiveness. As a result, there is more consistent production as he showcases attributes that translate to the next level.

Mobile with a solid frame and length, Baker is the prototype new-wave big man who offers a variety of skills as he can play anywhere along the frontline.

Baker developed his skill early on in his career as a perimeter threat with size. Now he’s grown to 6-9 and uses that skill set as he continues to get more comfortable playing at his size.

He can handle the basketball, will step out and make a three with sound shooting mechanics, and he is now impacting on the defensive end with his size and reach.

Baker’s recruitment is set to explode over the coming month.

While he’s been forecasted as a breakout player by the City/Suburban Hoops Report for the past few months, so the promising but under-the-radar big man has received his fair share of hype this spring. But the Riverside-Brookfield Shootout was his coming-out party for college coaches.

The skilled and versatile 6-8½ senior opened eyes and picked up an enormous amount of interest. William & Mary, Bradley, St. Thomas, Furman, Illinois State, Southern Indiana, Missouri State, UIC, and Cal-Poly all offered. Wisconsin has invited him to their elite camp at the end of the month, while several other mid-majors –– and a few high-major programs –– will be watching closely this weekend at Ridgewood.

With his shooting and ballhandling ability, Scharnowski continues to show he is one of the more diverse big men in the state.

The opportunity to see players from southern Illinois is welcomed, which is what the Riverside-Brookfield Shootout provided for many.

Pickett is a City/Suburban Hoops Report top 20 prospect, yet one without an offer before this past weekend. However, both Radford and SIUE offered the 6-2 guard who was very productive as a junior. He averaged 19.7 points a game and knocked down 69 three-pointers this past season.

He brings a great build and body to the backcourt. Pickett showed he can get to the hole and knock down shots with a ready-made jumper from the three-point line.

After watching the wiry 6-4 Abusara several times during the season, he’s arguably the most improved player in the Class of 2023. As a result, Abusara’s stock is soaring after a terrific performance at R-B which showcased his sneaky athleticism.

Abusara has the athleticism to fly off screens, turn the corner and attack the basket. The mid-range, pull-up jumper is becoming a threat. He is now a consistent three-point jumper away from being a bonafide mid-major prospect. But until then low-major Division I programs should be taking notice.Absura picked up an offer from Radford this week.

There are times when “freakishly athletic” gets thrown around too loosely in player evaluations. That’s not the case here. Rich is indeed a freak athlete with pure explosiveness and power off the floor, finishing with rim-rattling dunks and blocking shots.

The questionable evaluation the strong-framed 6-5 Rich will have to shed is the “tweener” label. But figuring out what position he can play should come later for mid-major programs.

Yes, he is a bit position-less and will need to improve his perimeter jumper. But when his motor is fully running he’s a force. As a junior, he averaged 19.2 points and 10.9 rebounds a game.

Although his play hasn’t resulted in offers and a ton of interest just yet, the 6-4 wing continues to impress and raise his level of play in the eyes of the City/Suburban Hoops Report.

While a few other bigger names in the class have floundered and plateaued, the wiry and active Jones should be garnering more attention. Jones is a scholarship player at some level who Division I programs should be intrigued by. There is big-time defensive potential to go with his athleticism and attacking style.