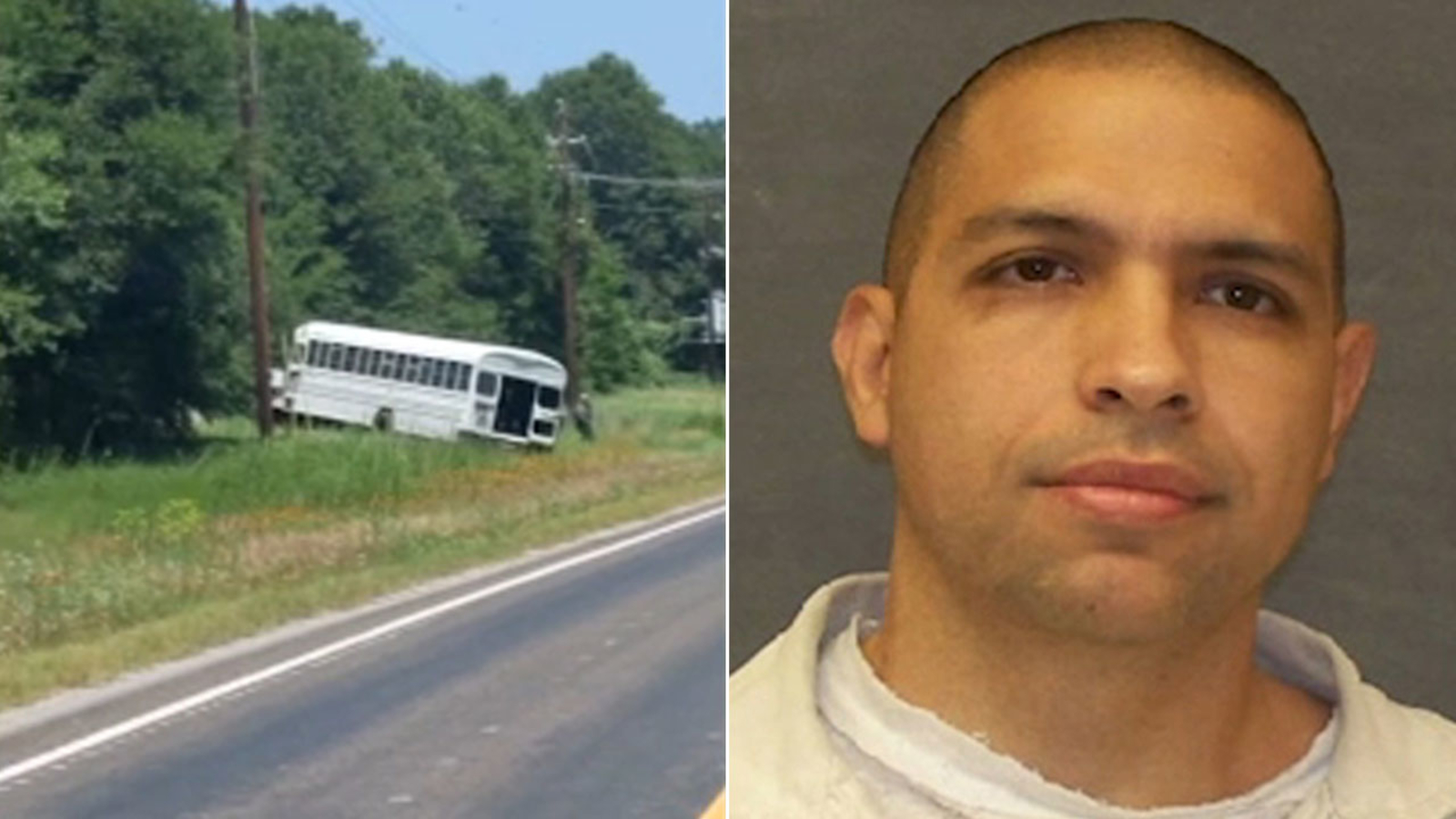 CENTERVILLE, Texas (KTRK) — The search for a Texas convicted murderer who overpowered a prison transport bus driver entered a second day in an area between Houston and Dallas.

The Texas Department of Criminal Justice and other multiple law enforcement agencies have been searching for 46-year-old Gonzalo Lopez in Leon County, which is roughly 116 miles north of Houston.

The video above is from a previous edition.

The operation took to the skies Friday as Texas Department of Public Safety aircraft was used to assist crews on the ground.

The unpredictable nature of the search also forced classes in nearby Centerville Independent School District to cancel as a precaution.

Lopez, who is serving a life sentence for a murder out of Webb County near the Texas-Mexico border, is accused of stabbing a driver of a transport bus that had 16 prisoners on board Thursday. Lopez then forced it to crash before taking off on foot.

No other prisoners escaped and the driver is expected to be OK, according to the TDCJ.

Leon County has roughly 16,000 residents and is about 50 miles north of the state’s prison headquarters in Huntsville.

Prison records show Lopez was most recently being held at a lockup in Gatesville, more than 100 miles from where authorities were searching.

The Associated Press contributed to this story.