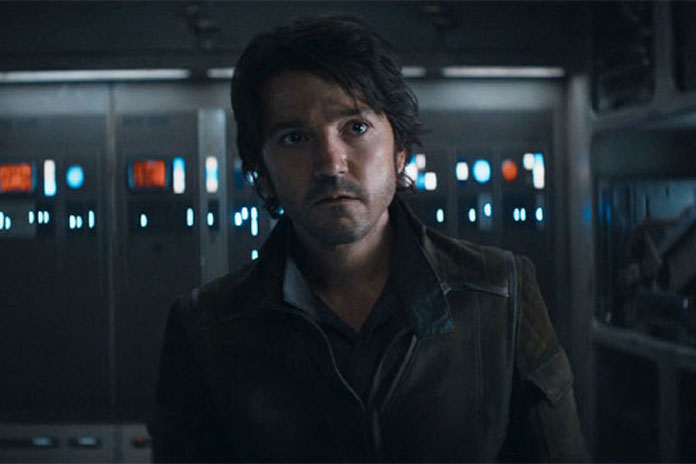 Disney’s “Andor” has wrapped its first season, with filming for the second season having kicked off this week.

The show has been a critical smash for the Disney+ service, some going as far as to say it has “redeemed Star Wars” in their eyes following a rough few last years.

Talking about the success, the show’s creator, showrunner, executive producer and writer Tony Gilroy spoke with The Rogue Ones podcast where one of the hosts says the show’s serious tone, mature storytelling, overt politics, and deep dive approach to on-the-ground realism will make the return to the escapist colourful high fantasy ‘default setting’ of the franchise difficult.

Gilroy says he hopes that with “Andor”, he has proven that “Star Wars” can work outside of the somewhat rigid formula under which it has operated all these years, and he hopes the show will inspire all sorts of new takes:

“Well, we were talking the other day about all of the lanes that could be opened [by ‘Andor’]. I hope I’m opening a lane to a three-camera ‘Star Wars’ sitcom.

I hope people have enough imagination to take the big lesson, which isn’t, ‘you’ve got to do it this way, this hard, or this real. The big lesson is: just don’t do the same f—ing thing again. That’s all.”

Gilroy spent nearly a year working on “Rogue One: A Star Wars Story” and will have spent several on “Andor” by the time he’s done. The in-demand writer/director will likely want to move on after to other things, but he was asked if he would stick around to at least consider consulting on the franchise. It doesn’t sound like it:

“What do they say in prison? What did they chant on the way out? One way out. We had t-shirts made up that said ‘One Way Out!’ My markers will be in late February or March. I will have finally finished all the rewrites on all the scripts; everything will be deadlocked; I’ll be writing every day until March, tightening, doing all the stuff that we do.

I won’t have to come up with another season, which was just this enormous pressure before so it never ended, so my fantasy is in March I’ll be able to step back at least and have something of a more normal existence and do the next year of post and all the rest of the stuff. And after that, I couldn’t possibly tell you what I would do.”

Before he steps away though, he’s got that second season coming with events spanning four years and showcasing how a bunch of disparate factions come together to form an organized rebellion. He tells Deadline that the time will be used to explore various things:

How do you scale up something that essentially does not thrive in the sunshine? How do you do that? And those issues and all the chaos of that is going to be of great interest to us going forward.”

The first season of “Andor” is streaming now in its entirety on Disney+.