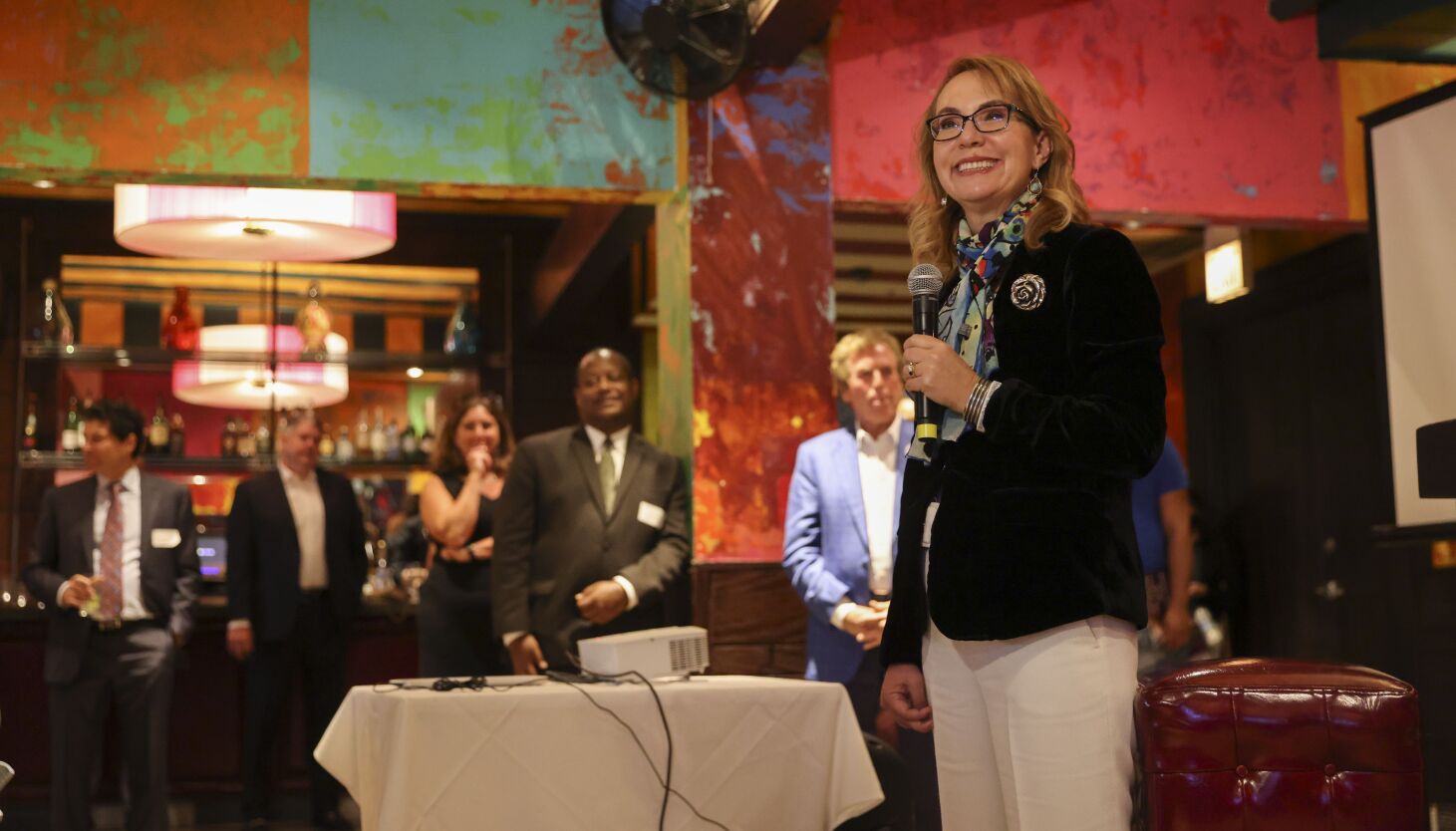 The former Arizona congresswoman spoke to Chicagoans about her assassination attempt and gun violence in its many forms. In January 2011, a gunman opened fire at a constituents meeting near Tucson, Arizona, held by Giffords, killing six people and wounded 13, including Giffords. Giffords’ skull was fractured, prompting a months-long recovery process where she had to relearn how to walk and talk.

Giffords spoke in the wake of the two deadly mass shootings in Buffalo, New York, and Uvalde, Texas, that have dominated headlines in recent months. In that time, Chicago has had multiple mass shootings of its own.

“The least we can do is join you in this fight,” Axelrod told Giffords and the crowd.

Giffords was greeted by a standing ovation of dozens of people following a screening of the trailer to an upcoming documentary chronicling her career and recovery from the shooting.

“Our lives can change so quickly — mine did when I was shot,” Giffords said while addressing the crowd. “But I never lose hope … We are living in a challenging time but we are up for the challenge.”