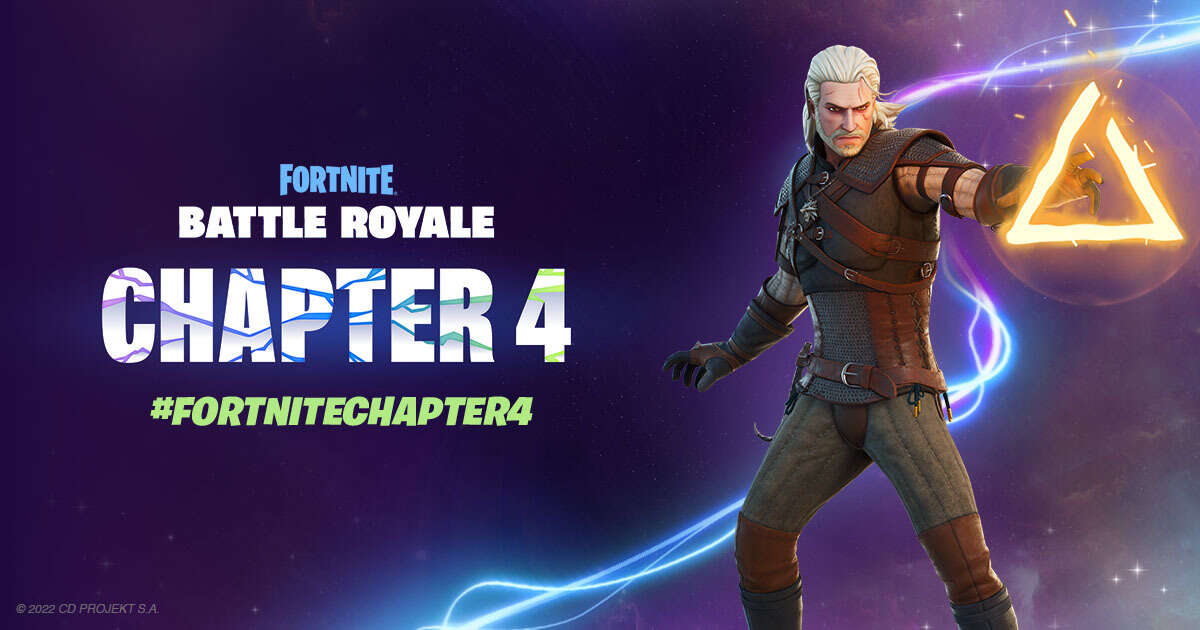 Fortnite Chapter 4 Season 1 is here, and that means a new battle pass filled with 100+ rewards is waiting to be unlocked to the fullest between now and the end of the season. This season’s battle pass comes with some hallmarks of the game, namely several stylish original characters, as well as some major new crossovers–this time featuring heroes from two other popular video games. Here we’ll be sharing images of every single item in the battle pass so you can check it out while your update downloads, while you’re away from your favorite platform, or so you can judge whether it’s worth your V-Bucks.

The biggest character in the Chapter 4 Season 1 battle pass is a matter of opinion, but there are a few likely candidates. The Doomslayer, from id Software’s Doom series, finally makes his long-awaited debut, as does Geralt of Rivia, the lead hero of The Witcher games, books, and the Netflix TV series, though the Fortnite skin looks like it’s a collaboration that uses CD Projekt Red’s particular depiction of the hero.

For lore hounds, Geno makes his long-awaited debut. The apparent true leader of the Imagined Order, Geno is a character who brings major story ramifications with him, even as we can’t definitively say what those are right now. The IO and The Seven have long been at odds, and with The Paradigm maybe decommissioned for the foreseeable future, Geno’s side may strike while their foes are shorthanded.

There are also several original Fortnite characters making their debuts, including another character in a proud line of Epic-made “goth girls,” and a guy who really seems excited about the new motorcycles arriving on the island this season. For a complete look at this seasons skins, emotes, back bling, pickaxes, trails, and more, check right here.