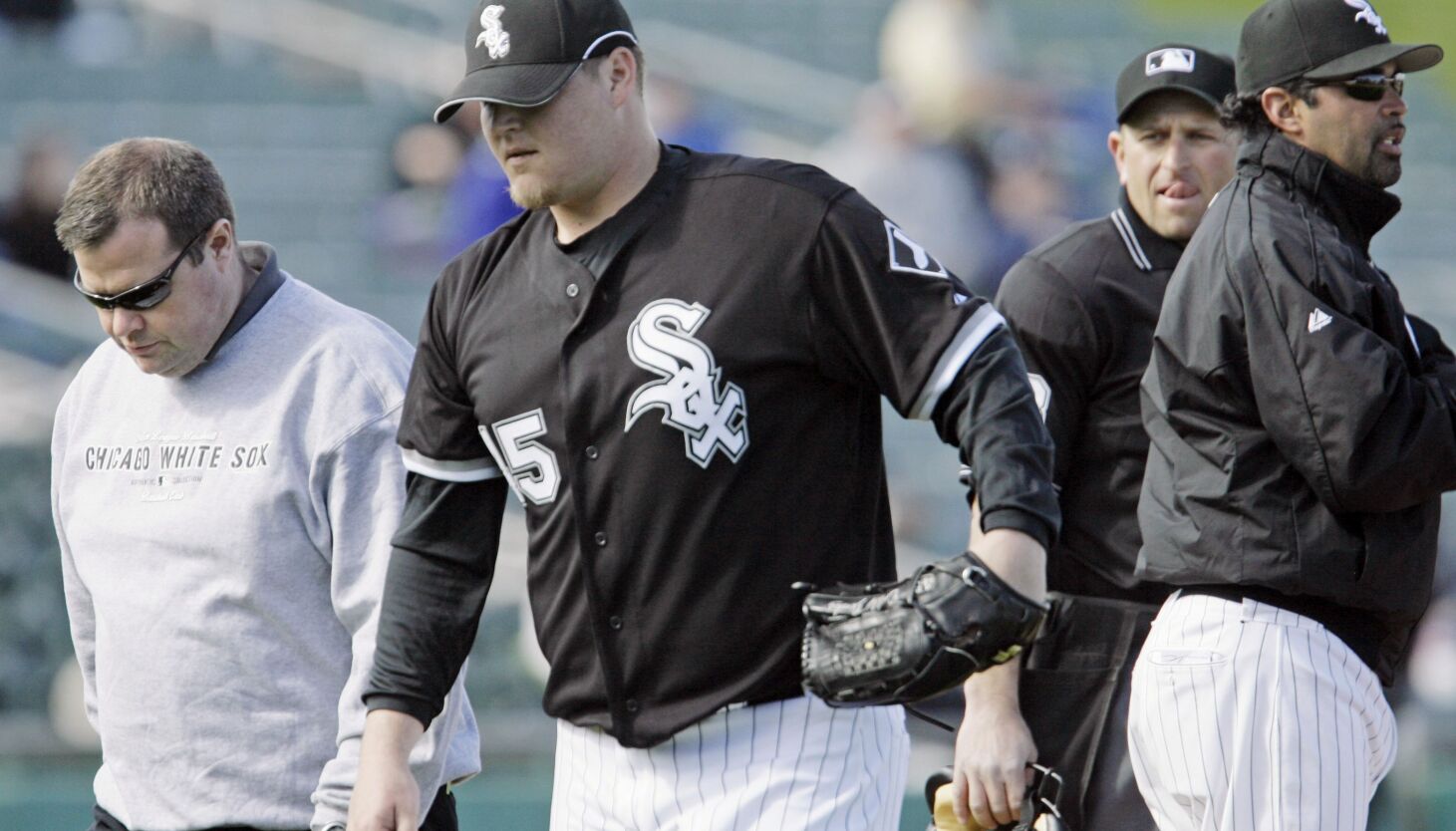 Brian Ball, a 20-year employee of the White Sox and their former head trainer, filed a lawsuit Tuesday against the team and general manager Rick Hahn, claiming he was fired unlawfully on Oct. 31, 2020, because of his sexual orientation, age and disability. He also claims he was defamed by the team and suffered emotional distress.

Ball, 50, served as the Sox’ assistant trainer during their 2005 World Series title run and was promoted to head trainer in 2018, replacing Herm Schneider, who was the longest-tenured trainer in the majors.

‘‘The Chicago White Sox organization categorically denies the baseless allegations made by former Head Trainer Brian Ball in his lawsuit against the club,’’ the Sox said in a statement late Tuesday.

Ball, who was selected as an assistant trainer for the 2011 All-Star Game, was fired at the end of the 2020 season, the suit says.

The suit says the Sox, including vice president Ken Williams, Hahn and players, learned Ball was a homosexual in February 2018.

It further says Ball was the victim of a carjacking on July 17, 2020. After meeting with police, he went to the ballpark to be checked by a team physician. The next day, the suit says, Hahn told Ball he was being put on medical leave and would need to see a psychologist as part of his conditions to return to work.

By Aug. 28, Ball says he was cleared by his personal psychologist to return to work. The suit claims the Sox denied that clearance and alleges Hahn made statements to other athletic training staff in September 2020 that Ball had a gambling, drug or alcohol addiction that was related to the carjacking. The suit says none of those accusations is true.

By late October, the suit says that Ball was told by Hahn that he was being terminated and that no explanation was given.

But Ball’s suit claims an ‘‘Individual A’’ — a ‘‘White Sox management-level representative’’ — contacted him Dec. 27, 2020, and claimed the termination was based on his sexual orientation.

The suit says the Sox replaced Ball with “a less-qualified, non-disabled, non-homosexual male younger than 40 years of age.

‘‘It is extremely disappointing that a former colleague, who was supported, developed and promoted over two decades, chose to attack the club in this way,’’ the Sox’ statement said. ‘‘It is also surprising to many who know Brian, and supported him throughout his career, to read the allegations included in his lawsuit.

‘‘The Chicago White Sox are unified against discrimination in any form and support anti-discrimination laws that provide protection to those wronged by an employer. Those laws are essential to protecting anyone who has been victimized by discrimination and to creating a culture of empowerment and opportunity for all individuals.

‘‘Brian’s dismissal from the organization was based on his performance and did not run afoul of any of the protections afforded to employees under the law.

‘‘Although we do not intend to provide further comment until this matter is resolved, we are committed to vigorously defending the club’s reputation against Brian’s meritless allegations, including the pursuit of all remedies under the law.’’

The suit also claims Ball hasn’t been able to find employment as a trainer despite having more than 20 years in the profession.