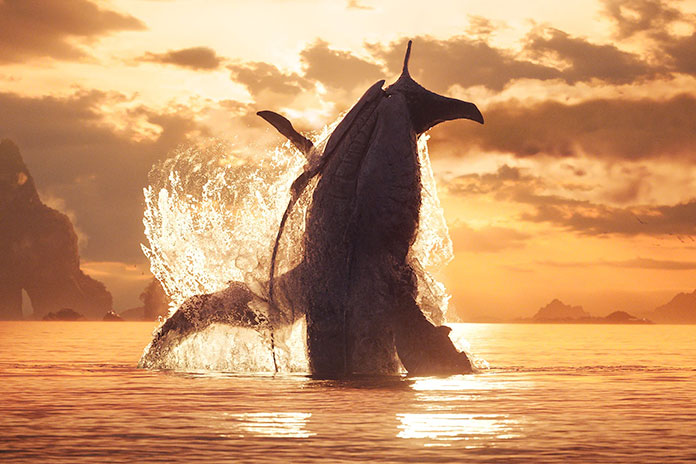 The final theatrical cut of James Cameron’s “Avatar: The Way of Water” saw its first public unveiling today at the world premiere in London.

First reactions to the film from members of the press in attendance are universally positive with raves across the board and practically all dubbing it better than the first film.

Here’s a sampling of quotes from journos in attendance:

“Trying to spare hyperbole, but I’ve never seen anything like this from a technical, visual standpoint. It’s overwhelming. Maybe too overwhelming…. Someone texted me, ‘what’s the most visually impressive part of the movie?’ And I responded, ‘The whole thing honestly’. Also, I rewatched the first ‘Avatar’ over the weekend and basically settled on ‘that was fine.’ The sequel has much better and deeper character development… [Also] this is the first movie I’ve ever seen use the high frame rate trick that I’ve actually liked. Yeah, leave it to James Cameron to crack that one.” – Mike Ryan, Uproxx

“Happy to say #AvatarTheWayOfWater is phenomenal! Bigger, better & more emotional than #Avatar, the film is visually breathtaking, visceral & incredibly engrossing. The story, the spectacle, the spirituality, the beauty – this is moviemaking & storytelling at its absolute finest… It is Cameron in top form, matching tremendous visuals w/ a VERY entertaining & emotional story that leaves you wanting more. LOVED! I felt similar after #AvatarTheWayOfWater than I did after #TopGunMaverick in that it reminds you why we love movies & why we anticipate big spectacle on the big screen.” – Erik Davis, Fandango

“James Cameron once again shows filmmakers how it’s done. I’ve said it a thousand times. Never doubt him. AVATAR: THE WAY OF WATER is how you do epic blockbuster-ing. Emotional, visceral, and as big as movies get.” – Josh Horowitz, Happy Sad Confused

“Unsurprisingly, #AvatarTheWayOfWater is a visual masterpiece with rich use of 3D and breathtaking vistas. It does suffer from a thin story and too many characters to juggle, yet James Cameron pulls it together for an extraordinary final act full of emotion and thrilling action.” – Ian Sandwell, Digital Spy

“I had faith James Cameron would raise the bar w/ the effects but these visuals are mind-blowing. One stunning frame after the next. But the thing I dug most is how the technical feats always feel in service of character & world-building. As for the story, it’s A LOT of movie & I’m eager for a 2nd viewing to revisit some details, but on 1st watch, it’s a mighty effective exploration of community & family dynamics.” – Perri Nemiroff, Collider

“It’s a better, more complex story than the first with solid emotion but the characters could grow a bit more. It’s definitely long, running on incredible visuals & techniques which are 3D’s best..” – Brandon Davis, Bloody Disgusting

“I saw you #AvatarTheWayOfWater – if you think you’ve seen #Avatar think again. Only repeat from the OG is that ‘never experienced anything like it’ awe. Better than 1st? Easily. The 3D water world & creatures are so surreal it is downright moving. There’s a major Titanic homage.” – Nikki Novak, Fandango

Of course, this is the reaction from long lead junket press as opposed to more regular film critics who will mostly be seeing the film later this week or early next week.

The 190-minute runtime “Avatar: The Way of Water” opens in theaters globally in the back half of next week and is on track to earn $150-175 million domestically in its first weekend of release.