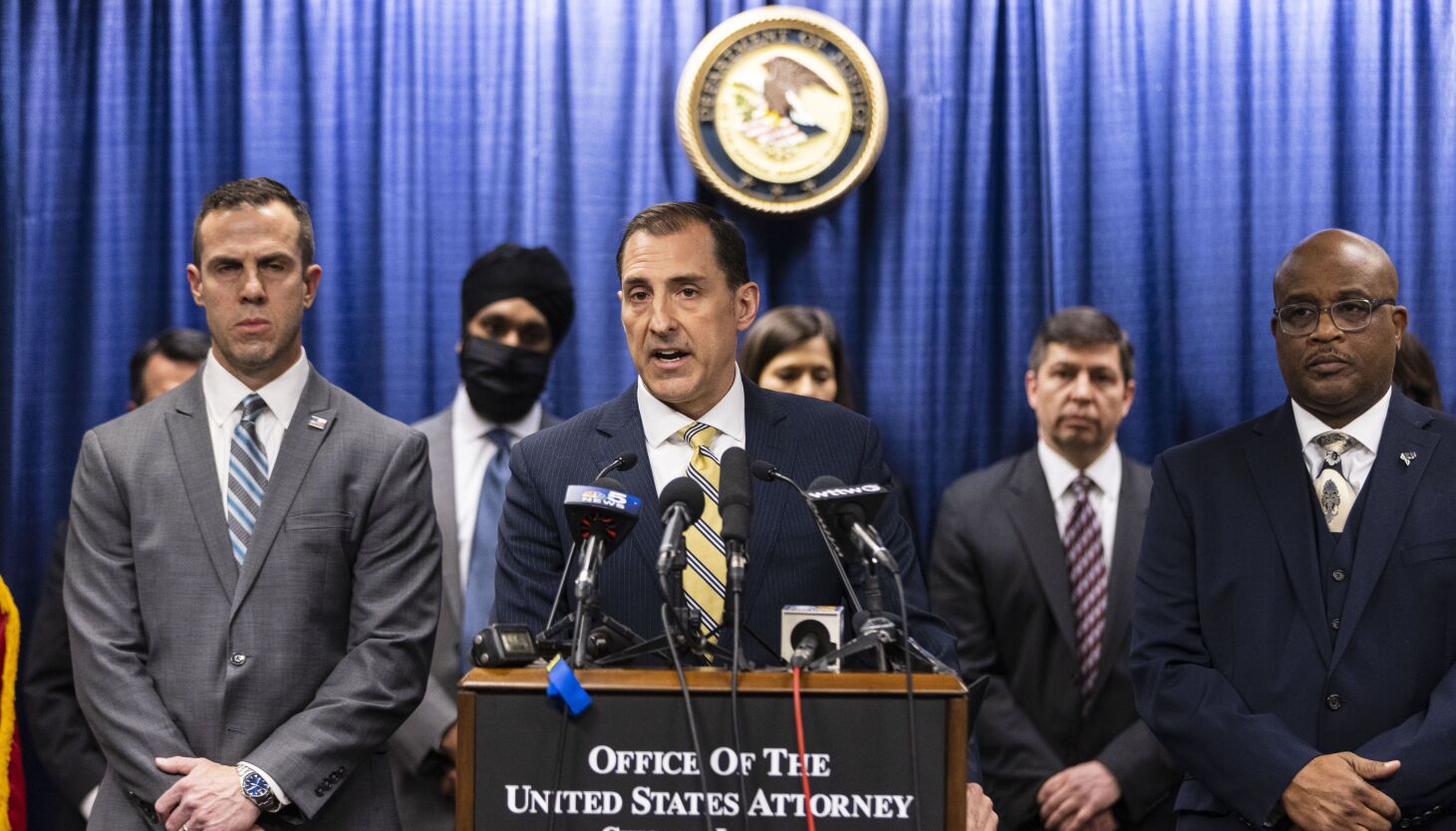 Federal prosecutors have insisted on taking four people charged with conspiring to bribe then-Illinois House Speaker Michael Madigan to trial in front of a jury, rather than letting a judge decide the case.

Assistant U.S. Attorney Amarjeet Bhachu revealed the feds’ preference Tuesday during a status hearing in the case, which was filed in November 2020, more than a year before Madigan’s indictment in March.

Though the same scheme is charged in last month’s indictment of Madigan and McClain, McClain is only charged with the scheme in the November 2020 case. If that case goes to trial Sept. 12 as scheduled, it could serve as a preview of Madigan’s trial.

Defense attorneys in the case made the surprise move last month of telling U.S. District Judge Harry Leinenweber they’d prefer that case go forward as a bench trial — decided by the judge — rather than as a jury trial.

That may have been a signal that McClain and his co-defendants believe they have a strong legal case that would be more appreciated by Leinenweber, a longtime judge in Chicago’s federal courthouse, than a jury. It might have also been a sign of concern, given the publicity surrounding the yearslong investigation of Madigan and his racketeering indictment March 2.

Meanwhile, Leinenweber declined earlier this year to toss charges against the group.

The defense attorneys warned last month that they would have a “number of motions related to the jury, etc.” that they’d want to file ahead of the trial if it went forward in front of a jury.

On Tuesday, McClain attorney Patrick Cotter persuaded the judge to require some proposed jury instructions to be filed ahead of the trial, insisting they could be key to the whole case. Cotter said “it’s going to be a very different trial” depending on those instructions.

Federal prosecutors also charged ComEd with bribery in July 2020. The utility entered into a three-year deal with prosecutors and agreed to pay a $200 million fine. Another former ComEd executive, Fidel Marquez, pleaded guilty in September 2020 to a bribery conspiracy.