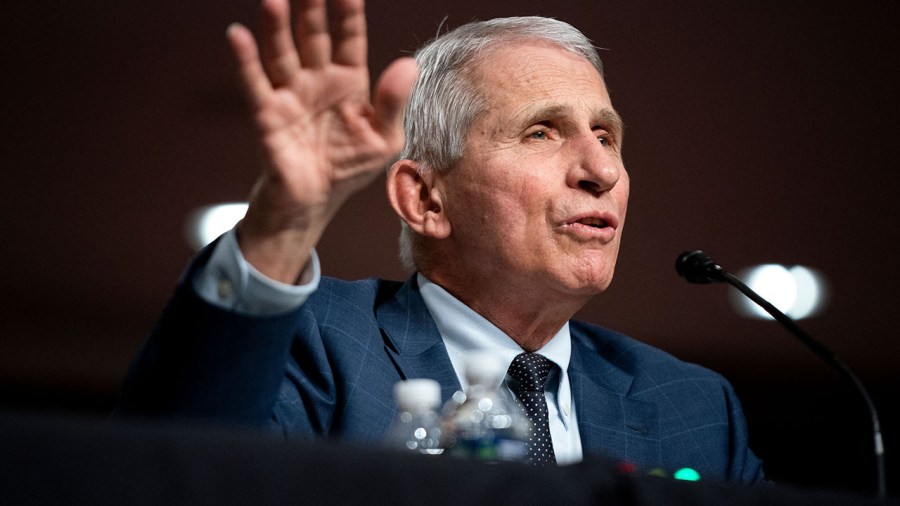 Correction: An earlier version of this story misquoted Dr. Fauci as saying “pandemic stage” instead of “pandemic phase.”

(NEXSTAR) – The pandemic is over, according to Dr. Anthony Fauci — at least in the United States.

The nation’s top immunologist said Tuesday that the country has finally moved past the pandemic stage after more than two years, pointing to the U.S. population’s current rates of infection, hospitalization and death from COVID-19.

“We are certainly right now in this country out of the pandemic phase,” Fauci said, speaking with Judy Woodruff of PBS NewsHour.

Fauci warned, however, that vaccines — one of the most effective tools against infection and serious illness — are still essential for keeping the country from backsliding, but he couldn’t say how often Americas would need to be boostered.

“That might be every year, that might be longer, in order to keep that level low. But, right now, we are not in the pandemic phase in this country,” he said.

That’s not to say infections aren’t ongoing, or even rising, in some parts of the country. On the same day of Fauci’s interview with PBS, the U.S. recorded nearly 50,000 new COVID-19 infections and more than 300 deaths, according to the Centers for Disease Control and Prevention. Fauci, like most health experts, also believes the number of infections is being undercounted, due to infected persons who experience mild or no symptoms, or simply don’t report positive tests.

He also told Woodruff that, on a global scale, the pandemic is still raging.

Fauci’s remarks come amid estimates from the CDC that more than half of the U.S. has signs of previous COVID-19 infection, including approximately 75% of children, likely due to the more infections omicron variant. The research concerned data obtained between Dec. 2021 and Feb. 2022, during which the CDC noted a significant increase in evidence of prior infection.


CDC estimates 3 in 4 kids have had coronavirus infections

Fauci, meanwhile, told Woodruff he wasn’t “terribly surprised” by these findings, but noted a silver lining from the CDC’s research.

Correction: An earlier version of this story misquoted Dr. Fauci as saying “pandemic stage” instead of “pandemic phase.”