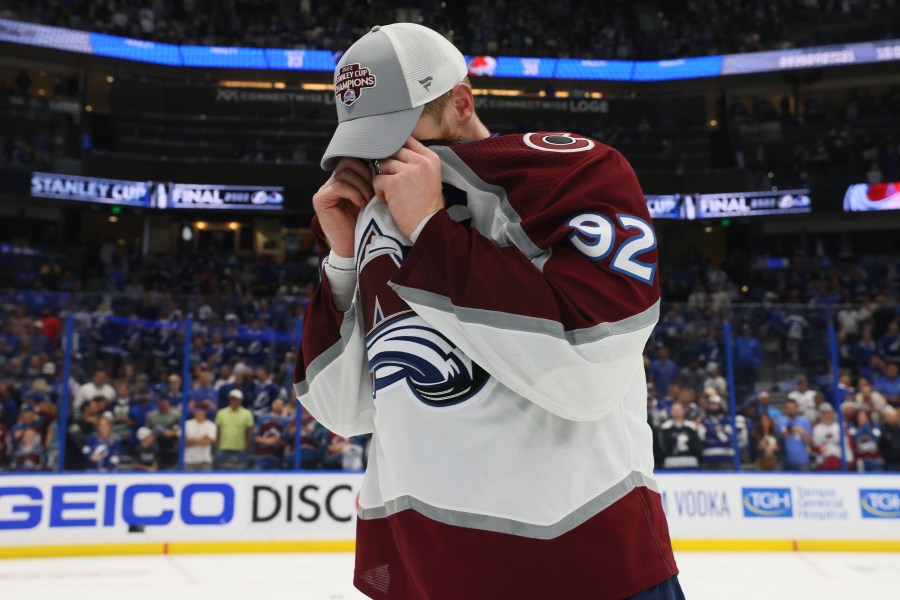 LONETREE, Colo. (KDVR) — Avalanche fans were lined up even before the game was over Sunday night to get their hands on team gear. From hats, T-shirts, to jerseys, anything to remind them of the Stanley Cup Championship.

To a Colorado Avalanche fan, they are the three sweetest little words ever printed on a T-shirt: Stanley Cup Champions.

Retail was ready. “The staff was in the back getting everything they needed to get out on the floor for customers rolling in right after the game,” said Jess Gillman with Dick’s Sporting Goods.

Where can I get Colorado Avalanche Stanley Cup Championship gear

Dick’s Sporting Goods fans lined up at 8:45 p.m., before the game was even over, to get their hands on some Avalanche history.

Team jerseys, patches and hats sold like hotcakes at Altitude Athletics at Ball Arena. For T-shirts, well, take your pick from “Found A Way” to “Stanley Cup Champs” to the classic “Stanley Cup Champions” with the image of a pre-dented Stanley Cup on the front.

“Fans this year have been really passionate. It’s definitely shown through this whole conference into the Stanley Cup, we have seen a lot of passionate people here,” said Gillman.

But If the Avalanche did not win the championship, what would have happened with all that merchandise?

“If the Avs didn’t win, we would have charitable options available for the company where we donate it,” said Gillman.

That, fortunately, will not be an issue.