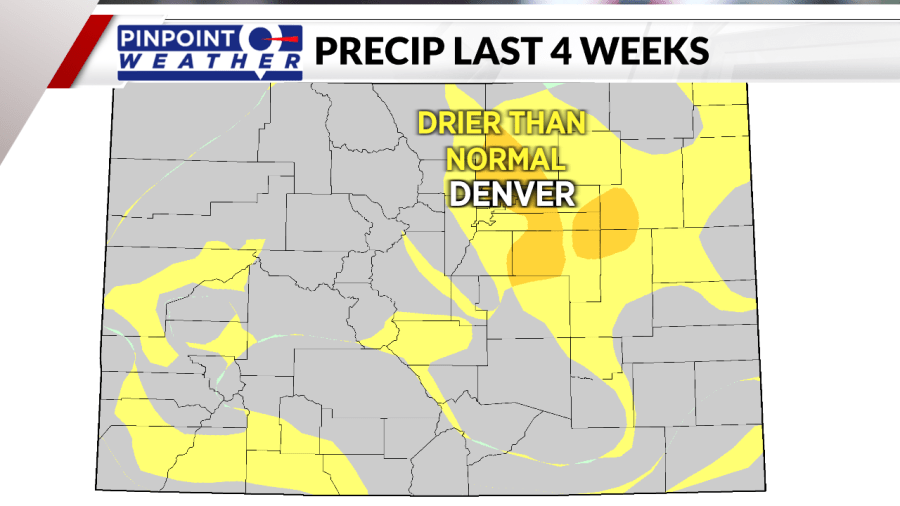 DENVER (KDVR) — Extreme drought has returned to eastern Colorado for the first time since early February.

Why? The Pinpoint Weather Team is looking at a lack of precipitation and strong downsloping wind are working in concert.

Total precipitation over the last four weeks is running below normal. In addition, the month of April really hurt us with record dryness and abnormally strong wind.

On average, April and May are two of the wettest months of the year in Denver. That has not been the case so far.