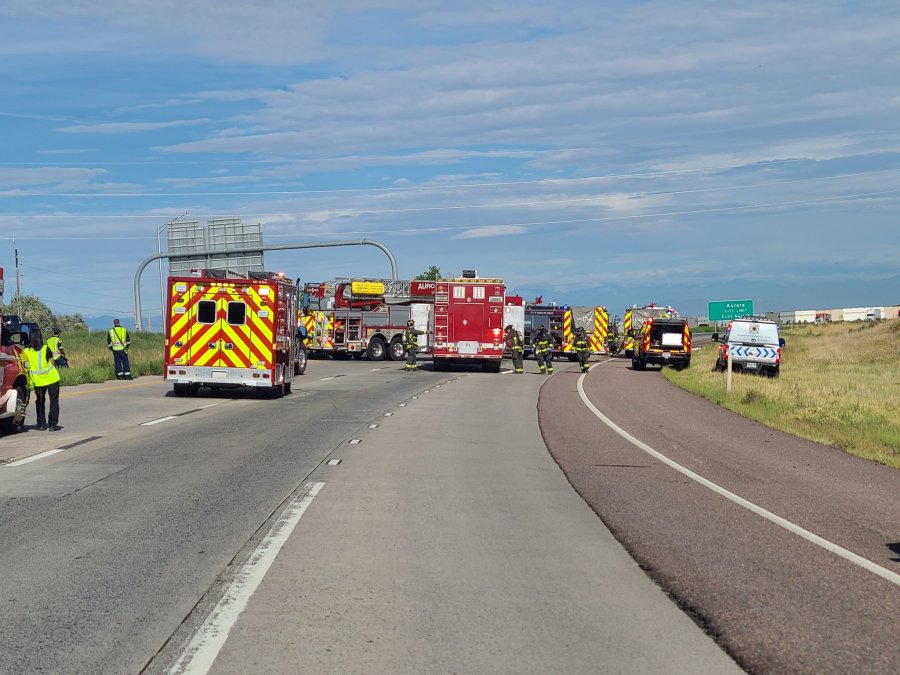 AURORA, Colo. (KDVR) — The Aurora Police Department says Interstate 70 will be closed for eight or more hours due to a fuel spill after a crash involving a semi and a tanker truck.

Aurora Fire Rescued said the crash happened before 9 a.m. near westbound I-70, just west of E-470. A tanker truck spilled hazardous materials on the roadway.

The westbound lanes of I-70 will be closed for at least eight hours while the spill is cleaned up, according to APD.

The cause of the crash is under investigation. No injuries were reported.

We will update this story when the interstate reopens.