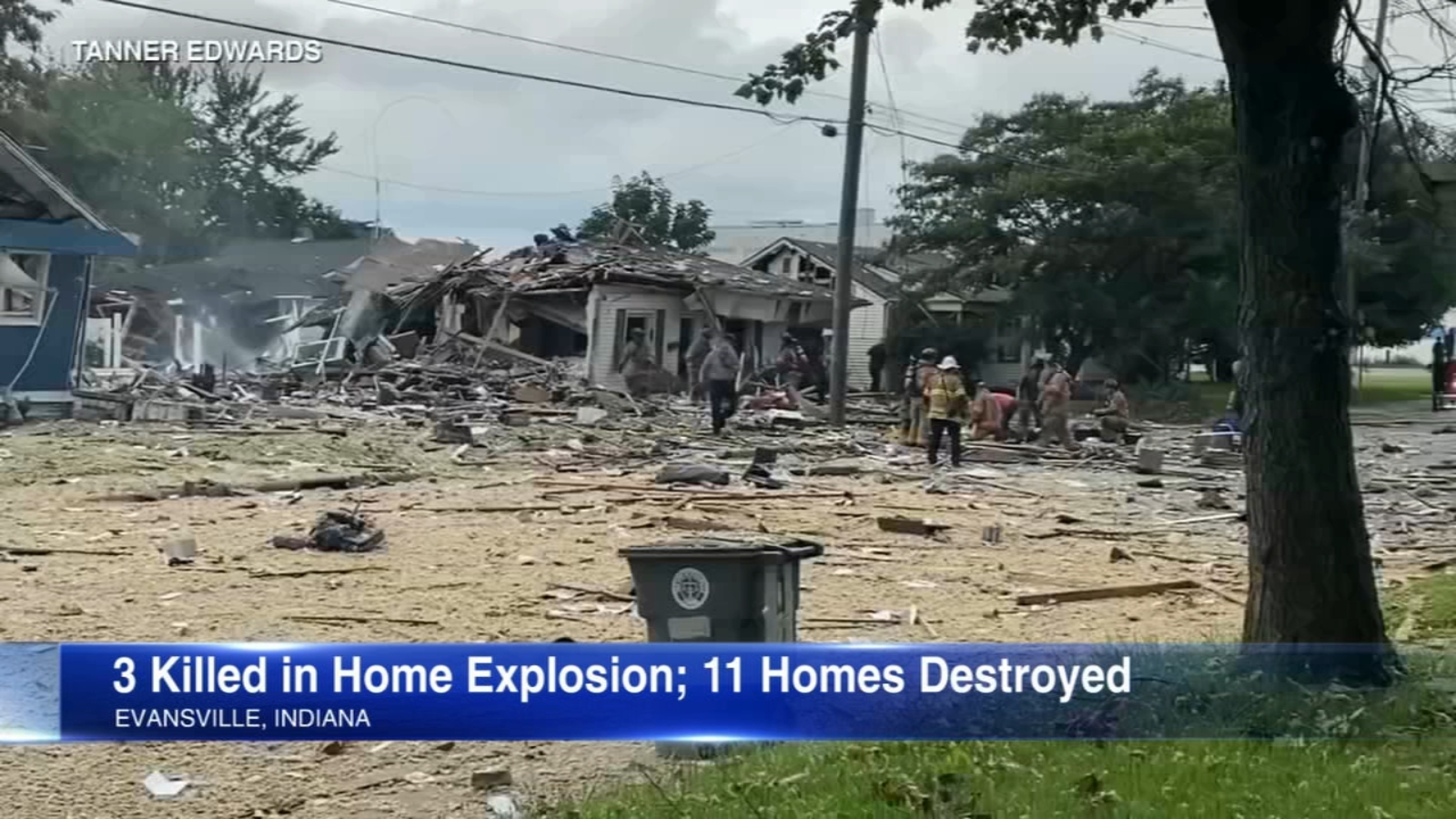 EVANSVILLE, Ind. — Authorities worked Thursday to determine the cause of a house explosion in a southern Indiana neighborhood that killed three people and left another person hospitalized.

The explosion Wednesday afternoon in Evansville damaged 39 homes and crews had not yet completed thorough searches of all of them due to instability of the structures, Fire Chief Mike Connelly told reporters Thursday morning.

Eleven of the damaged homes were uninhabitable and will have to be demolished, Connelly said, and finding a cause is expected to be a “very tedious process – and lengthy.”

Names of the dead hadn’t been released as of Thursday morning. Injuries to the fourth victim weren’t considered life-threatening, Connelly said.

The Bureau of Alcohol, Tobacco, Firearms and Explosives also was investigating.

“CenterPoint Energy is working closely with the Evansville Fire Department, State Fire Marshal and other agencies as the investigation of this incident continues,” the utility said.

Wednesday’s explosion also brought to mind a massive blast in 2012 that destroyed or damaged more than 80 homes on Indianapolis’ south side and killed two people. A man was convicted of tampering with a natural gas line at his then-girlfriend’s home in an attempt to commit insurance fraud.