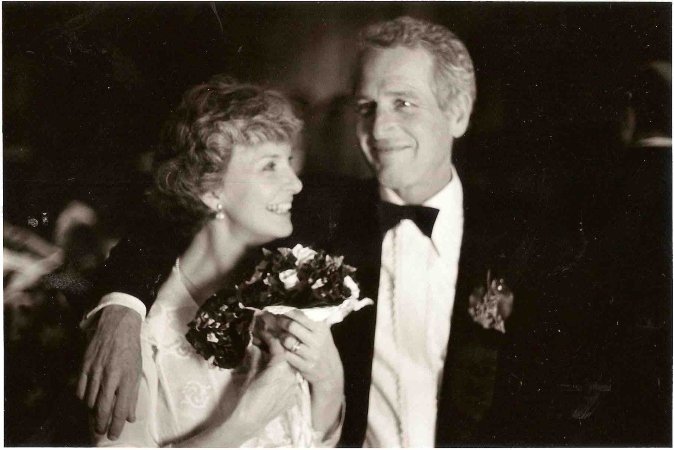 Ethan Hawke knows why Paul Newman burned all the audio tapes of the interviews used in the new docuseries The Last Movie Stars, and it’s not for the reason you think.

“When I first heard that, my assumption was that there was some scandal,” Ethan Hawke told MovieMaker in a video interview, which you can watch below. “My first assumption was, Uh oh, what came out in these tapes that Paul didn’t want anybody to know?”

The HBO Max docuseries, which premiered on Thursday, calls on actors like George Clooney and Laura Linney to narrate dialogue originally said by Newman, his wife Joanne Woodward, and several friends and collaborators of theirs that was all lost when Newman unceremoniously burned all of the original tapes in a fire. Luckily, transcripts of those tapes, detailing an intimate look at Woodward and Newman’s lives together, still exist — which is what The Last Movie Stars draws on with the help of voice actors.

But it turns out that Newman’s reason for burning the tapes was a lot more “beautiful” than that, according to Hawke.

Also Read: Ethan Hawke on The Last Movie Stars and the Call That Hijacked His Life (Video)

“I scoured everything for what the scandal was, and I realized that it was much simpler and much more beautiful — which is that he got bored with the celebration of the individual,” Hawke said. “He got totally bored with being quote-unquote Paul Newman, and the whole story and the mythologizing of himself got really boring to him. And it represents, I think, a place that [he and Woodward] they both arrived at, which is authenticity.”

Hawke believes that Newman decided to destroy the tapes because he didn’t want to take part in his own mythology anymore.

“They just weren’t that fake,” Ethan Hawke says of Newman and Woodward. “Anytime you get into mythologizing, you get into hyperbole. There are all these interviews with him that are really funny, where somebody has some amazing story — they say, ‘I heard that you you stormed out of the room, and you drove four days, and then you threw your beer down and you punched this guy in the face,’ and he’s always like, ‘That never happened. That never happened. Life is actually so much more ordinary than you’re making it out to be, and my life too.’”

A closer examination of Newman’s films later on in his career reveals a similar picture.

“In a lot of his performances later in life, he’s at play with his legend status. He’s in movies like Slapshot, The Verdict — he puts himself on trial. He doesn’t just give in to this, ‘Oh, I’m a quote-unquote important person.’ He always laughed at that, and I think it’s the love affair — I think it’s her [Woodward] in his life — that kept him honest in that way,” Hawke says. “He had such high regard for her as an artist, and the fact that his acting gets so celebrated kind of illuminated for him the stupidity and randomness in which some human beings get selected and some don’t, and how unfair the world is.”

He continues: “He always talks about the benevolence of luck in his life and the absence of it in others, and you know, some kids are born without a chance. And he never lost sight of that, so he never took his success too seriously, and I think that is part of why he’s like, ‘Wait a second, what am I doing? I’m burning these tapes.’ He burned his tuxedo at the same time. He and Joanne sent out a form letter saying that ‘We don’t want any more awards, thank you very much. We don’t want any more. We’ll give you money, but we’re not going to your benefit.”

Watch our full interview with Ethan Hawke below.