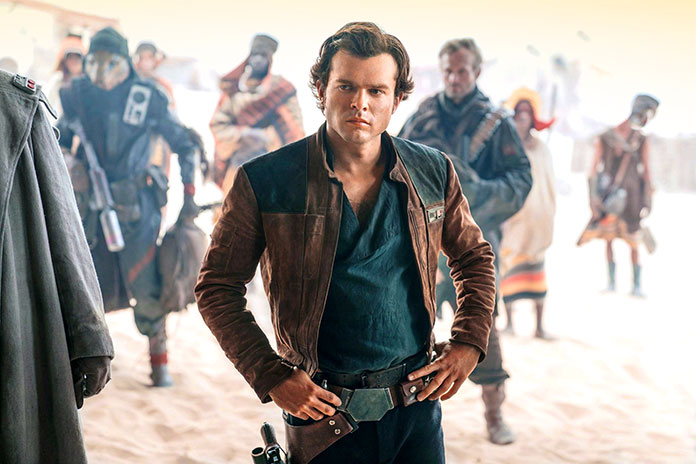 There’s been a recent upsurge in the discussion about a sequel to 2018’s “Solo: A Star Wars Story”. The film was famously a box-office bomb, pulling in $393.2 million worldwide on a blown-out budget of $275-300 million due to heavy retooling mid-production.

Ron Howard took over from original directors Phil Lord and Chris Miller on the film, with father-and-son duo Lawrence Kasdan and Jon Kasdan tackling the script. The result may have been a flop but it was still fairly well received, with several corners of the Internet calling for more.

In late November, Jon Kasdan was out promoting the “Willow” revival and spoke about a potential sequel saying the strongest reason to do a sequel was to give actor Alden Ehrenreich a proper full film as the beloved bounty hunter character.

It was something he didn’t really get to play until near the end of “Solo”, says Kasdan: “By the end of it, I thought he really did [own it], and he didn’t get the fun of getting just to inhabit it for a movie, so I’d love to see him back.”

Cut to this week, and Ehrenreich, currently at the Sundance Film Festival, spoke with IndieWire and was asked if he would ever return to the character. He certainly sounds keen and for similar reasons to what Kasdan expressed:

“The story that I did, I really got to be Han Solo at the end. That’s kind of the arc of the story, which I thought was well done. That’s the fun part. That’s the guy that’s the most fun to be. I’d be very happy to, but who knows.”

Initially, Ehrenreich signed a contract to reprise the role of Han Solo for at least two more films so they potentially still have access to him. Lawrence Kasdan previously indicated he would return to the “Star Wars” franchise for more “Solo”.

Sadly it’s unlikely. Four weeks ago, Ron Howard revealed to the British press that Lucasfilm had no plans for a sequel to “Solo” though are aware of the fan push. He said the studio thinks some great characters were launched in the film, but as of now there was no movement or intent to “extend the story or deal with that particular set of characters.”