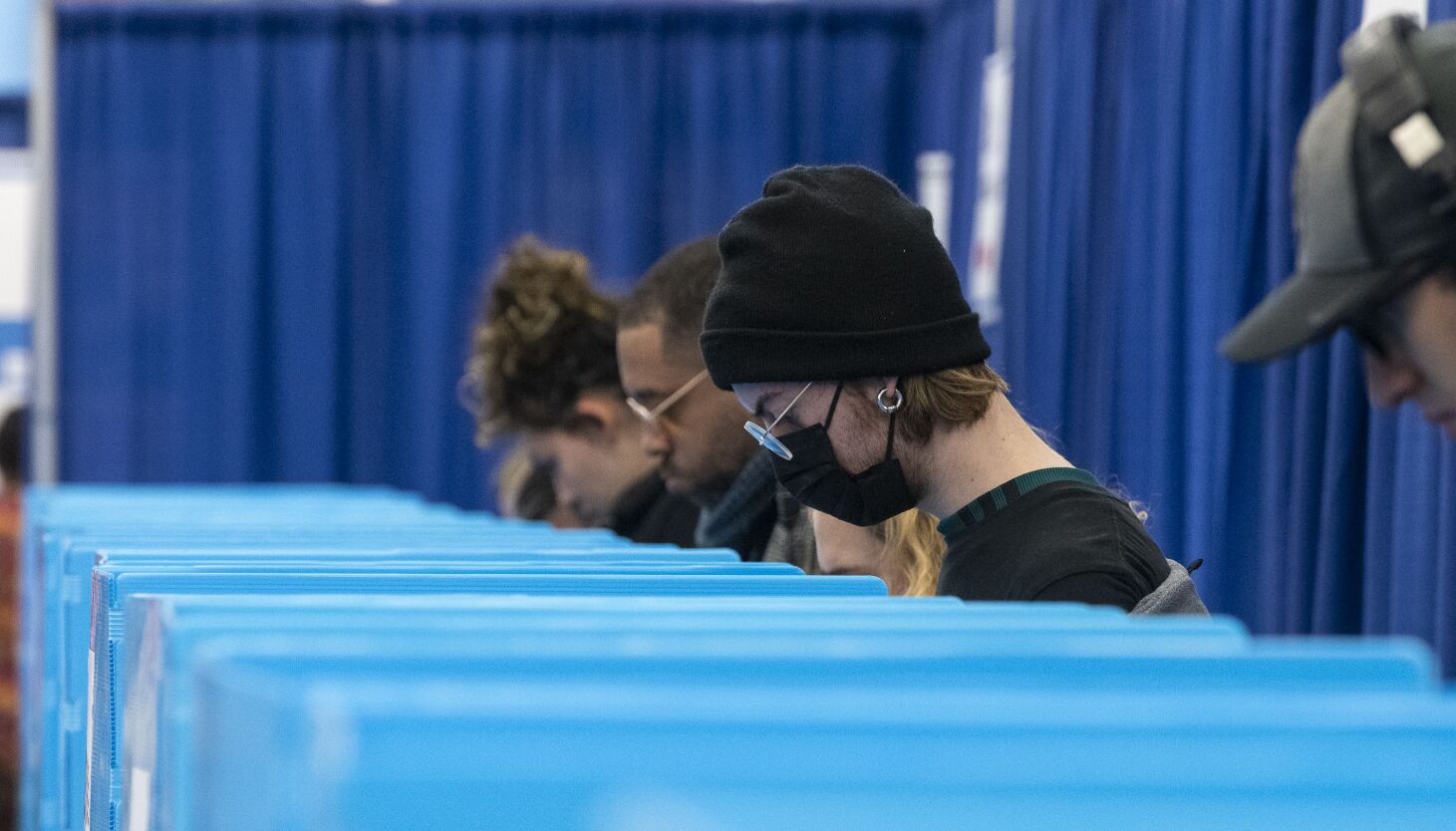 With only a few days left before the primary election Tuesday, city election officials say early voting has been lagging and are urging Chicagoans to make sure their votes are counted.

Max Bever, a spokesman for the Chicago Board of Elections, said city residents had cast only 25,215 early-vote ballots as of Thursday. That’s down from 51,125 around the same point in 2018 and 36,113 in 2014, the last two years there were primary elections in governor’s races.

There are nearly 1.5 million registered voters in the city of Chicago, according to the Board of Election Commissioners.

During a Thursday news conference, the board chair Marisel Hernandez said more than 124,000 vote-by-mail ballot applications had been sent out, and 36,078 of them had already been returned.

Past primary elections were held earlier in the year, around March, but last year state lawmakers agreed to push the date back to June 28. Hernandez said that could account for the low early turnout.

“Voters have other issues on their mind,” Hernandez said. “Kids are out of school for the summer or they’re planning vacations. That’s why we’ve been trying to get the word out as to why early voting is so convenient.”

She expects to see a surge of early voters coming out in the next few days to make sure their ballots are cast, something she says is typical of midterm elections.

Voters are urged to carry mail-in ballots to the secure dropbox at the early voting supersite at 191 N. Clark St., or to any of the 50 early-voting sites located in wards around the city. Ballots can also be dropped off at the Election Board offices at 69 W. Washington St.

“A voter can choose to vote at any early voting site that’s convenient to them, no matter where they live within the city of Chicago,” Hernandez said. “Choose what’s easiest for you, and you can vote on the spot.”

For more information, go to chicagoelections.gov.