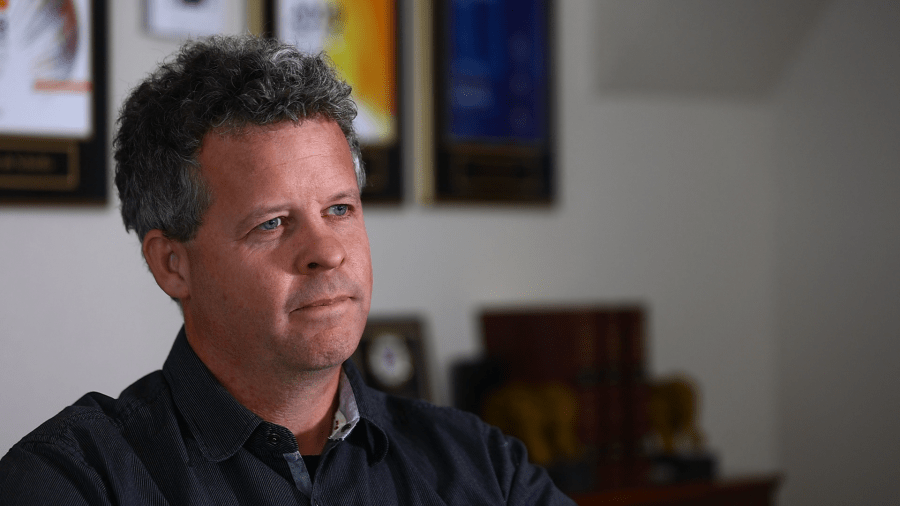 FORT COLLINS, Colo. (KDVR) — When Harris Elias was stopped by Fort Collins police officer Jason Haferman on Dec. 3, 2021, he had a feeling it might lead to a DUI arrest — even though he knew he was completely sober.

“I was angry. I had heard this song and dance before. It was just the most frustrating thing,” the 50-year-old Fort Collins resident said.

But the charge was dismissed when blood results for alcohol or drugs came back as “not detected.” So when Elias was stopped by Haferman in Fort Collins, he feared history was about to repeat itself.

“That’s exactly the thought — like, this can’t happen again, and it actually was occurring. It seems surreal,” Elias said.

Haferman can be heard on his body camera video telling Elias, “I can smell a faint odor of alcohol coming from your breath or your person.”

“And then the fact that you say you smell alcohol is a lie. It’s an outright lie,” Elias said.

Once again, the DUI charge would be dismissed when the blood results showed no alcohol or drugs in Elias’ system.

But Elias said the blood results might not have been needed had he been allowed to take a breathalyzer on the night he was arrested. Body camera video shows him sitting next to a breathalyzer at the jail when Haferman mutes his camera to talk to a supervisor.

It turns out Elias had complained of knee pain after he said Haferman slammed the door on his knee while placing Elias in the back of a patrol car in handcuffs.

At the jail, Haferman unmutes his body camera just before he’s about to administer the breathalyzer tests and asks Elias, “Are you needing immediate medical attention to where we need to go to the hospital now?”

Elias agrees to go to the hospital, not knowing this would force him to consent to a blood draw. Breathalyzers have to be given within two hours of a traffic stop, and a hospital visit to address his knee pain would end up putting Elias past the two-hour rule.

“They used that as a pretext, in my opinion, to avoid getting the immediate results on the breath tests and to go for the bigger fishing expedition with the blood results at the hospital,” said Sarah Schielke, the attorney who represents Elias.

When asked if it was appropriate for Haferman to mute his body camera moments before he was about to administer the breathalyzer test, Fort Collins Police Chief Jeff Swoboda said, “He muted when he got on the phone, and that’s one of the things that we’re looking into is, what was the muting for? The policy does allow us to mute the body cam from time to time.”

Swoboda said anytime DUI results came back with negative results, his department does an internal review of the arrest.

“It’s concerning that later it came back that he didn’t consume any, but that doesn’t mean the officer didn’t smell alcohol inside the car or on his breath or on his person,” Swoboda said.

Harris Elias said the Fort Collins arrest was worse than the Loveland experience because he spent three days in jail before he was allowed to bond out and had to deal with Child Protection Services.

Since his teenage son was in the car when he was arrested, Elias was also charged with child abuse.

“As a single dad, to have that sort of intervention in a criminal charge is absolutely terrifying. They were threatening my family,” Elias said.

The 50-year-old father said he plans to sue Fort Collins Police — just like he’s suing Loveland Police over the DUI arrest that showed no substances in his system — and he wants an apology.

“I want accountability from the top down. I want them to know that these issues matter,” Elias said.

“At the end if there’s something we’ve ever done inappropriately, I’m not above apologizing to people,” the police chief told FOX31.

At the time of FOX31’s interview with Chief Swoboda on May 25, the internal review into the Elias case was side to take three months from the time the department learned of the negative DUI results, which was March 8.

However, a spokeswoman for the Fort Collins Police Department told the Problem Solvers the Elias review has not yet been completed because it’s now part of a larger internal affairs case looking into Officer Haferman’s history of DUI arrests.

The department acknowledges Haferman made eight DUI arrests in 2021 and one in 2021 where results showed no alcohol or drugs detected. In 2021, Haferman made 191 DUI arrests, so 4.2% of his arrests came back with blood results with no drugs or alcohol detected.