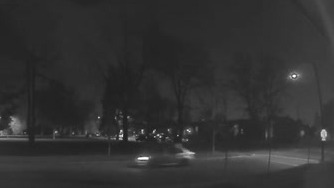 Dozens of shots can be heard in the home surveillance video at Chaffee Park, in the Sunnyside neighborhood near 44th Avenue and Pecos Streets. It happened around 1 a.m.

Jeffco sheriff asks for $3.7M after ‘alarming’ attacks on deputies

The video appears to show a shooter hanging out of a car, possibly firing at a group of people across the park.

The Denver Police Department said it investigated reports of the shooting. No one was reported hurt, but at least one vehicle in the area was damaged by bullets.

Police ask anyone with information to get in touch with them.