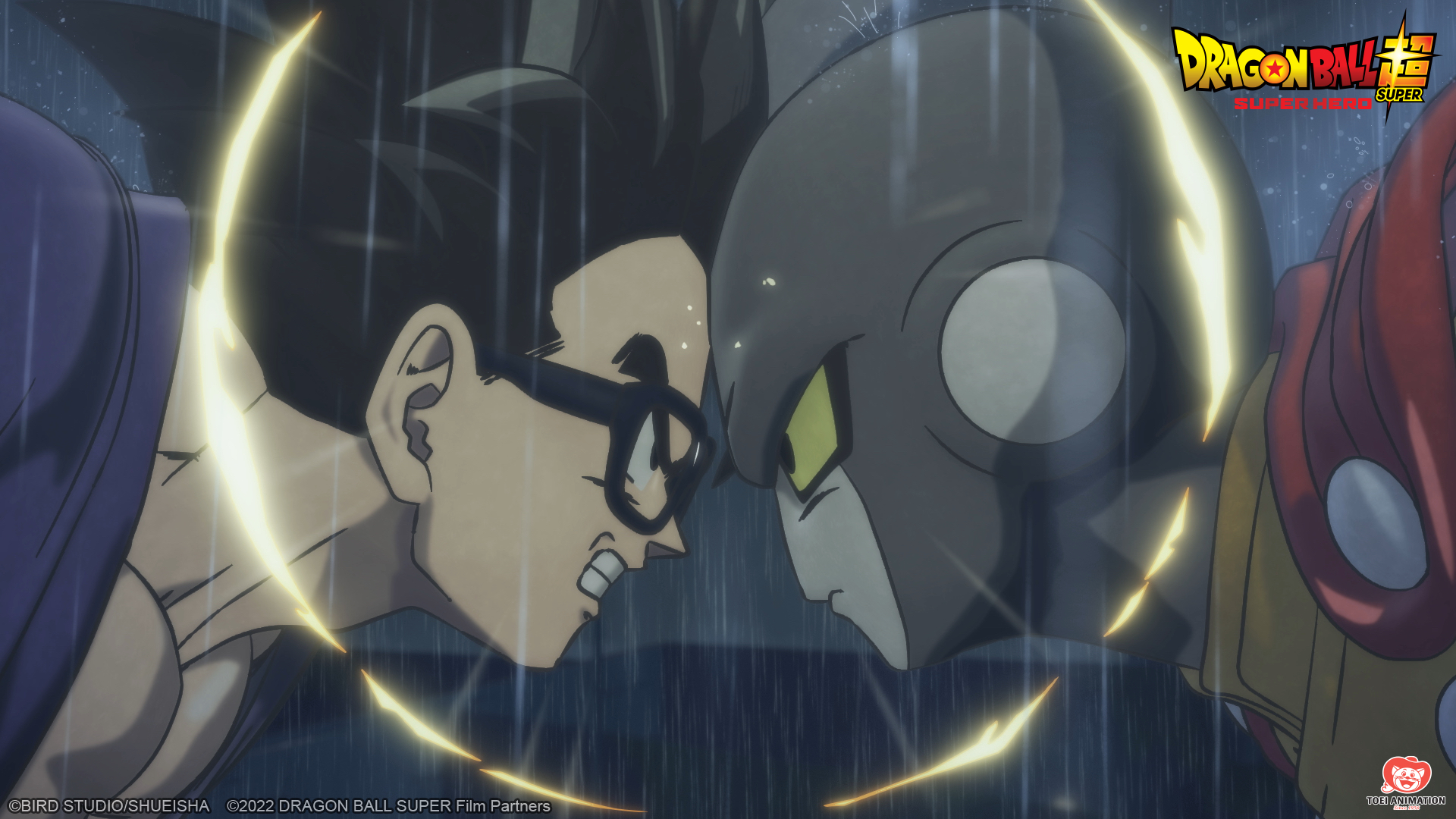 The repetitive nature of previous Dragon Ball movies puts a lot of pressure on the featured villains. One of the stronger elements in Super Hero involves the deluded perspective of Red Ribbon, which culminates in Gamma 1 and 2 viewing themselves as heroes who are the world’s only hope to stop the megalomaniacal efforts of Capsule Corporation. The Gamma Androids have so much personality and are considerably more entertaining and complex than standard Dragon Ball movie antagonists. Super Hero also introduces other fascinating supporting figures, like Piccolo’s temporary Red Ribbon partner, who feel like they’d be absent in other Dragon Ball endeavors.

Dragon Ball Super: Super Hero isn’t afraid to let its world breathe whereas past movies sometimes make it feel like the heroes are the only people on the planet. Nearly 15 minutes pass in Super Hero before any standard Dragon Ball characters even emerge. This introduction is content to flesh out the Red Ribbon Army and provide some compelling backstory and development since the events of Dragon Ball Z’s Cell Saga, a period from the franchise in which Super Hero is highly indebted. It’s a serious change of pace for the series when Dragon Ball’s perennial protagonist, Goku, doesn’t show up until the movie’s half-hour mark and proceeds to mostly sit out this adventure. It cannot be expressed enough how helpful it is for Dragon Ball to get further away from Goku and Vegeta in an effort to better share the love with its powerful, diverse cast. It’s an effective structure that the films should use moving forward. Bring on the Krillin- and Tien-centric movies next.

Most of the conflict in Super Hero is predicated on figuring out how Gohan can properly get his groove back–something that the character’s fans have been waiting for ever since his ascension to Ultimate Gohan. Super Hero explores some fresh, insightful ideas that stem from Gohan’s ambivalence towards training because he’s gotten so used to how Goku and Vegeta always step up to save the world. Meanwhile, Gohan’s reached a point where he can barely stand upright in his old weighted clothing.

Gohan has no problem with the domestication that he’s experienced, but Super Hero finds strength when it’s filtered through the context of his daughter, Pan, who’s never witnessed her father fight before. Pan functions as an effective audience surrogate for someone who’s never seen Dragon Ball. By the end of this endeavor both she and the audience understand why Gohan might very well be Earth’s greatest hero.

Pan serves as a valuable catalyst for the return of Gohan’s killer instinct, but her teamwork with Piccolo is another adorable asset of this movie. Piccolo’s proactive nature throughout Super Hero is consistently satisfying and his infiltration of Red Ribbon is one of the most fun and suspenseful Dragon Ball sequences in a long time. It feels so different from the rest of the series. Gohan, Piccolo, and Pan all flourish as a team, as well as individuals, and hopefully Pan’s growth under these mentors doesn’t get overlooked in the movie’s wake.

The major fights in Dragon Ball Super: Super Hero–as well as the unprecedented transformations that come out of them–do a lot of the heavy lifting in the movie, but this isn’t purely a hyperbolized slugfest. It’s significant that Super Hero effortlessly balances action, comedy, and emotion between its complex characters. Furthermore, the fallout of the film’s final battle also hints towards an exciting future for the series and it’s appreciated that Super Hero doesn’t wipe the slate clean before the credits roll. A growing feud between Red Ribbon and a newly-empowered Capsule Corp. holds a lot of potential, as does an increased focus on Androids and artificial warriors.