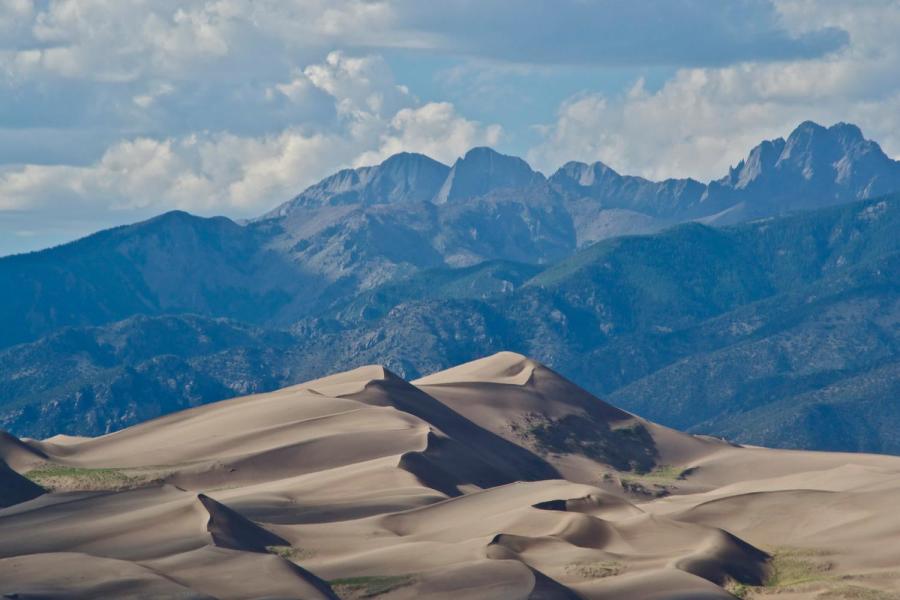 All of those new residents need water, and one proposal under consideration is to pipe the water from aquifers in the San Luis Valley.

Renewable Water Resources is the company behind the plan to build a pipeline from south-central Colorado to Douglas County. Company leaders from RWR didn’t respond to multiple interview requests, but a promotional video on Youtube claims the San Luis Valley “Sits on top of one of the largest aquifers in North America. One billion feet of water that is completely renewable.”

“Frankly, I’m surprised it’s gotten this far because it’s such a bad idea,” Dutton said when asked about RWR’s proposal.

Dutton spoke to the Problem Solvers while standing next to the edge of the Rio Grande River in Del Norte, in Rio Grande County. She said water flows at that spot used to average 639,000 acre-feet of water per year.

Twenty years later, she said the river had dropped to 550,000 acre-feet of water per year, or 29 million fewer gallons of water available for agriculture, recreation and residential use.

“Every drop of water in this river is spoken for,” Dutton said. “The only way this project works is if existing uses — so existing irrigation uses — are dried up.”

Renewable Water Resources wants to buy existing water rights from farmers and ranchers who are ready to retire. The company has offered to put $50 million into a community fund to make up for farmland that would no longer be irrigated for agricultural uses.

But locals like Nathan Coombs, who farms alfalfa and small grains in La Jara, in Conejos County, said economic losses to the region have been pegged at $53 million a year if the RWR proposals succeed.

“So who is going to trade a one-time payment for the rest of their lives’ income? The $50 million is a drop in the bucket. It’s nothing,” Coombs complained.

“You have to face the facts that the aquifer here in the San Luis Valley is under duress. It’s very stressed,” Coombs said.

Colorado, western US megadrought driest in at least 1,200 years

He worries any plan that relies on farmers selling water rights to a wealthy county on the front range will end up pitting neighbor against neighbor. “When your neighbor sells their water, it affects us all,” Coombs said.

It’s a similar fear an hour north in Mosca, in Alamosa County, where Lyle Nissen grows potatoes and quinoa. He stopped selling barley to the Coors brewery because it was too water-intensive.

“We’ve already lost 50% of our ability to pump water, and that’s consequently why we don’t farm as much,” Nissen said.

The 64-year-old farmer is opposed to any plan that would pipe water from the valley to the suburbs of Douglas County.

“To some degree, what it sounds like is: How can you in the rural areas conserve more water so that we can take what you conserve and put it to the urban areas?” Nissen said.

What Douglas County leaders say about the water proposal

Douglas County commissioners appear split on the issue. Commissioner Lora Thomas announced her opposition to the idea, while Commissioner George Teal has expressed support for the plan, leaving Commissioner Abe Laydon as the swing vote.

“The decisions that we are making, that I’m making today, will have long-lasting effects on my kids, my kids’ kids, future generations,” Laydon said in an interview with the Problem Solvers.

Laydon spent last weekend visiting the San Luis Valley, meeting with elected leaders and some supporters of the plan, who RWR arranged for Laydon to meet.

Laydon said he’s waiting on a report from Douglas County’s water attorney to determine the pros and cons of the proposal but said he has one overriding priority, “which is do no harm. My only desire as a commissioner is for win-win and ensure that there’s a positive for all communities affected.”

Laydon did acknowledge that after meeting with multiple stakeholders about the different water proposals under consideration, he found “significant questions of fact about the RWR proposal, whereas the other proposals were not as factually inconsistent.”

Laydon told the Problem Solvers he expects Douglas County commissioners will vote in May on the RWR proposal once the county water attorney submits a report on its viability.

Critics of the plan say even if Douglas County decides to proceed, the measure could get tied up in Colorado water courts for years.

Opposition to RWR’s plan has been bipartisan. Those who have come out against the plan include U.S. Rep. Lauren Boebert of Colorado’s Third Congressional District, which represents the San Luis Valley; Gov. Jared Polis; and U.S. Sens. Michael Bennet and John Hickenlooper.

Renewable Water Resources did not agree to an interview with the Problem Solvers but did email the following statement:

“Crafting forward-looking water policy in the arid West is serious business. It is complicated and nuanced, but essential to our future. Douglas County relies on a non-renewable water resource meanwhile population continues to boom, putting pressure on the County for an additional, renewable water supply. The county’s current and future water needs affect literally hundreds of thousands of current and future residents, homeowners, taxpayers, and businesses.

Our proposal offers a reasonable and responsible source of high-quality renewable water at below-market rates that will help secure the needs of one of the fastest growing counties in the nation for decades. RWR’s project also provides much needed economic development and community resources to the San Luis Valley while helping it with its over reliance on the unconfined aquifer.”