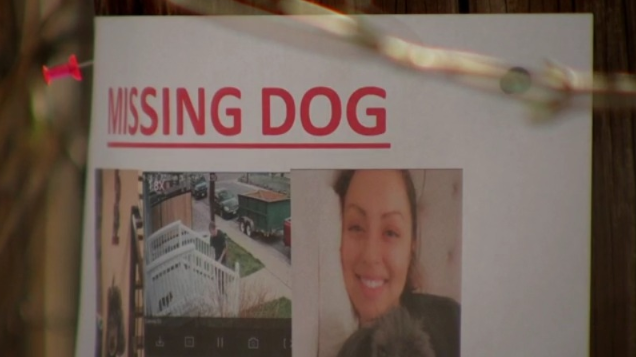 DENVER (KDVR) – A Southwest Denver woman said her dog was taken from her front yard, while she was attending a Denver Nuggets Basketball Game.

Karla Olivas said her home surveillance camera picked up what had happened.

She said she believes her dog, “Nona,” somehow got out of the backyard and was waiting outside her front door.

Minutes later, in the video, a man pulls up in a truck, walks up to her front door and picks up the dog.

She is holding out hope that, maybe, the man believes the French Poodle Mix was lost and took it to a shelter.

Olivas has checked local shelters, but, thus far, has come up empty.

Olivas said she has filed a report with Denver Police.