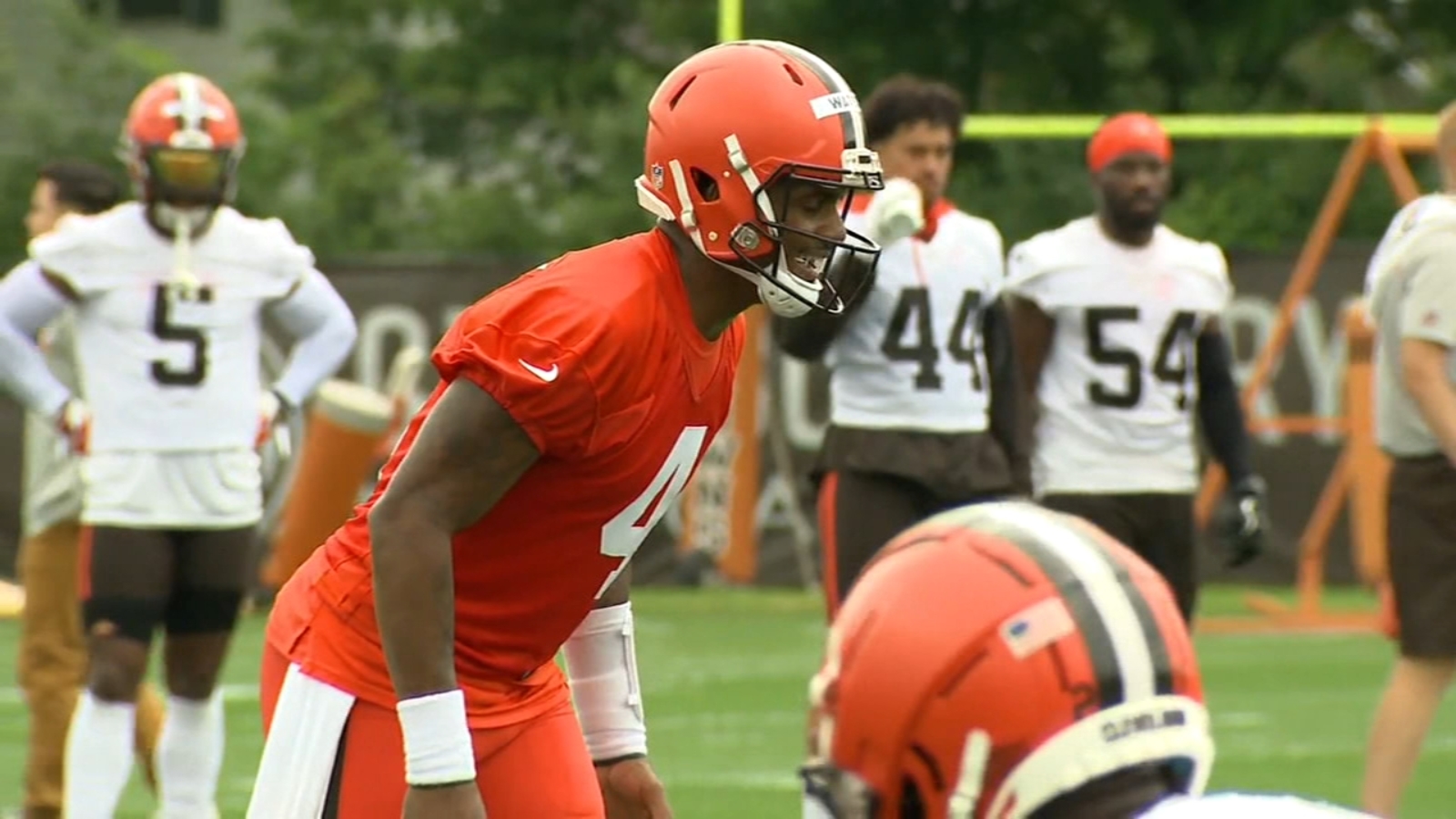 “We believe the Texans knew or most certainly should have known of Watson’s conduct. Beyond that, we believe the filing speaks for itself,” Buzbee said.

Monday’s lawsuit provides the most detailed account yet of what, if any, prior knowledge people within the Texans organization had of Watson’s behavior, ESPN reports.

In November 2020, the lawsuit states, Watson used Instagram to meet and arrange a massage with the plaintiff, even though she was only a massage therapy student at the time and Watson could have arranged a massage with a more experienced therapist through the Texans. Watson ultimately met the woman at her mother’s home in Manvel, Texas, brought his own small towel to the massage and, according to the lawsuit, proceeded to expose himself and sexually assault her.

The lawsuit describes Watson’s behavior as being part of a “disturbing, predatory, and incriminating pattern with a multitude of female victims.”

Watson has maintained that he is innocent of the numerous allegations of inappropriate sexual conduct during massage sessions that have been made against him. Two grand juries in Texas declined to pursue criminal charges against Watson earlier this year.

Monday’s lawsuit also included more information about the criminal investigation of Watson. Houston police detective Kamesha Baker, the lead detective in Watson’s case, testified in a civil deposition that Watson’s behavior was “escalating,” with each massage session and that the woman, who sued the Texans on Monday, had “a really powerful and compelling account.” That woman’s report was one of 10 reports that ultimately were investigated by Houston Police, Baker acknowledged in her deposition. When asked in her deposition “… was there any doubt in your mind as the investigating officer that a crime had occurred,” Baker replied: “No.”

Last week, Buzbee said 20 of the 24 women with active lawsuits against Watson had agreed to settle their lawsuits. Ashley Solis, the first woman to file a lawsuit against Watson in March 2021 and the first to speak publicly and identify herself as a plaintiff, and the plaintiff in Monday’s lawsuit are two of four remaining women who still have active lawsuits against the Cleveland Browns quarterback, alleging a range of behavior that ranges from indecent exposure to sexual assault.

Monday’s lawsuit alleges the Texans had at least some knowledge of Watson’s habit of seeking multiple massages with strangers he met on Instagram. The organization learned this, according to the lawsuit, from the owner of Genuine Touch Massage Clinic, a Sugar Land, Texas, massage therapy business that identifies the Texans as a client on its website.

“Despite having a full training staff available to him with the Texans, and despite having the services of a specified massage therapy entity — Genuine Touch — available to him, Deshaun Watson refused to have massages done at the Texans stadium and instead preferred to reach out to strangers on Instagram for massages,” the lawsuit states.

The lawsuit says that Genuine Touch “was also aware that at least one of its therapists had, and another was having, sexual relations with Watson during massage sessions.”

“Despite this behavior, and after yet another woman questioned Watson’s behavior and threatened to expose Watson on the internet, the Houston Texans organization — rather than investigate and address Watson’s disturbing behavior — instead provided Watson with a NDA to ‘protect himself’ going forward from the random women he was finding on Instagram,” the lawsuit states.

Monday’s lawsuit provides a detailed explanation of the origins of the nondisclosure agreement Watson had massage therapists sign.

The lawsuit states that Watson “admitted that Brent Naccara, a former Secret Service agent and the Texans’ director of security, provided the NDA to Watson.”

Naccara provided the NDA to Watson, the lawsuit states, after a woman named Nia Smith made an Instagram post in November 2020. According to the lawsuit, Watson had engaged in sexual misconduct during a massage with Smith, which prompted Smith to include Watson’s photo on an Instagram post with the message: “I could really expose you.”

“Watson used the NDA for multiple massage sessions from random women he found on Instagram, telling the women that in order to get paid she needed to sign the Texans’ NDA,” the lawsuit states.

The lawsuit also alleges Watson sexually assaulted women during massage sessions at the Houstonian Hotel, in a room the Texans helped Watson secure, and that the team provided Watson with a massage table.

“We are aware of the lawsuit filed against us today,” the Texans said in a statement. “Since March 2021, we have fully supported and complied with law enforcement and the various investigations. We will continue to take the necessary steps to address the allegations against our organization.”

ESPN’s Adam Schefter reported over the weekend that Watson’s hearing before the NFL and NFL Players Association’s jointly appointed disciplinary officer, Sue L. Robinson, is scheduled to begin Tuesday. Robinson will listen as the NFL expects to push for a “lengthy” suspension for Watson, according to Schefter. Once Robinson rules, Watson will have the option to appeal. NFL commissioner Roger Goodell then could either rule on that appeal or call on an independent ruler.

The league interviewed Watson over multiple days earlier this summer as part of its investigation.

“I did everything they asked me to do. I answered every question truthfully that the NFL asked me,” Watson said earlier this month. “I spent hours with the people they brought down. That’s all I can do, is be honest and tell them exactly what happened. They have a job, and so I have to respect that. And that’s what we want to do is cooperate. They have to make a decision that’s best for the league.”

The New York Times reported this month that Watson booked appointments with at least 66 different women over 17 months, from fall 2019 through spring 2021. The list of 66 comprises the 24 women who have filed lawsuits against Watson; a woman who sued Watson but then withdrew the complaint; two women who filed criminal complaints against Watson but did not sue him; at least 15 therapists who issued statements of support for Watson at the request of his lawyers; at least four therapists contracted with the Texans; five women identified by the plaintiffs’ lawyers during the investigation for their lawsuits; and at least 15 other women whose appointments with Watson were confirmed through interviews and records reviewed by the Times.

Watson has said that he has “no regrets” about any of his actions during any of the massage sessions. But he did say in June that he regrets the impact the allegations have had on the people around him.