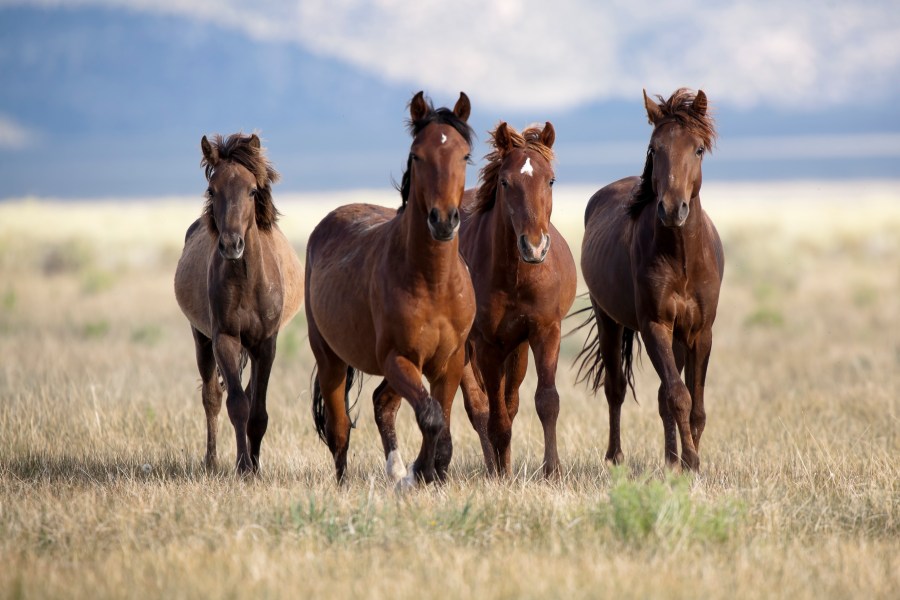 CAÑON CITY, Colo. (KDVR) — Another 18 wild horses housed at a federal facility in Cañon City have died, bringing the death toll to 85 in just a matter of days.

The deaths are happening at a facility that houses wild horses rounded up during herd management operations. Officials say the deaths are from a highly contagious disease outbreak that began on April 23.

The Cañon City Wild Horse and Burro Facility has been under quarantine while efforts are underway to identify the fatal illness. Symptoms include respiratory issues and problems with the nervous system.

An independent veterinarian and a federal veterinarian are working with the facility to determine what kind of outbreak they are dealing with. Horses that show symptoms are quarantined from the general population.

The horses that became sick and died are part of the same group that was removed back in August 2021 from an area known as West Douglas, southwest of Meeker. There are about 450 West Douglas horses at the Cañon City facility.

The Bureau of Land Management said the horses were gathered for a number of reasons:

The BLM makes some of the gathered horses and burros available for adoption. For more information on the wild horse and burro adoption program, click here.

Here is a timeline of the outbreak, according to the Bureau of Land Management:

“The Colorado State Veterinarian’s Office was notified on April 23 about the disease outbreak that has resulted in the death of 85 horses at the Cañon City Wild Horse and Burro Facility. The Bureau of Land Management and the US Department of Agriculture are actively investigating the incident and monitoring the wellbeing of animals at the facility. CDA is working with the two agencies to support their response to this incident.

On Tuesday, April 26, a field veterinarian with CDA conducted a site visit to the Cañon City facility and reviewed biosecurity measures being implemented at the facility. BLM has put a voluntary quarantine in place and has instituted rigorous measures to prevent further spread of the disease. Affected horses have been segregated and quarantined from the rest of the herd.

BLM is working with state and federal animal health officials to determine the exact cause of the outbreak. Samples from the facility have been submitted to two leading equine veterinary diagnostic laboratories in the country and the results will be used to guide the investigation into the underlying cause or causes of the outbreak and associated mortality.

CDA and the State Veterinarian’s office will continue to monitor the situation in Cañon City and support state and federal animal health officials in the investigation and response to this disease outbreak. The CDA and BLM will provide public updates as the situation evolves.”