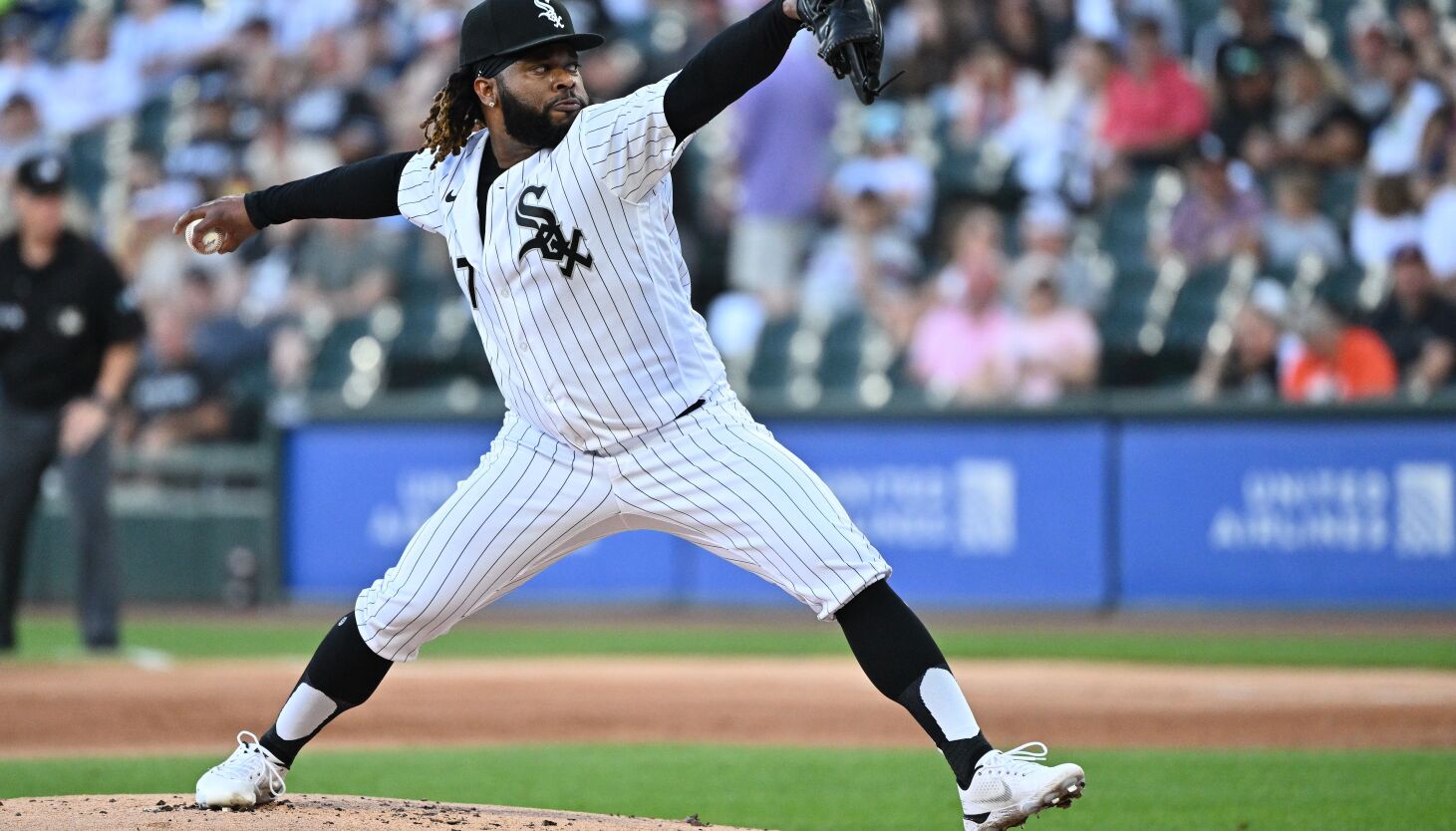 Seby Zavala caught Johnny Cueto’s minor league starts at Triple-A Charlotte when the 36-year-old veteran was building up his arm strength after signing a minor league contract. Zavala caught him Thursday night, getting the best seat in the house to watch one of the best pitching classics in the game.

Zavala needed one game catching Cueto at Charlotte to figure him out. But hitters have had a hard time doing that in Cueto’s seven starts since he joined the White Sox on May 16.

“He throws everything everywhere in any count,” Zavala said. “Spins it, sinks it cuts it. Messes up the hitters.

“[Tonight] he was pretty good, they just did a good job capitalizing on the missed locations. Any time he left the ball up they did some damage on it.”

For the first time in the Orioles’ 4-0 win over the Sox at Guaranteed Rate Field, Cueto did not last six innings, but he once again provided more than a serviceable start, leaving while trailing 2-0. Adley Rutschman’s homer in the fourth scored the first two runs.

Cueto threw 104 pitches, so that was enough. He gave up seven hits and a walk and struck out seven, matching his season high notched in his first start in Kansas City on May 16.

The Sox haven’t supported Cueto with much offense this season — he fell to 1-4 despite a 3.19 ERA, and it was more of the same for a lineup without Luis Robert, Yoan Moncada, Yasmani Grandal and Eloy Jimenez against Orioles right-hander Dean Kremer, who lowered his ERA to 1.71 with 5 2⁄3 scoreless innings.

The Sox made plenty of hard contact with nothing to show for hit, hitting two drives to the wall (Pollock in the third, Abreu in the sixth), and they watched O’s outfielders make great (Austin Hays) and good (Mullins) catches on well-struck balls by Jake Burger and Sheets in the eighth.

“Not saying you should win the game but you get nine hits and have a lot of hard outs, you have to mark something,” manager Tony La Russa said.

“We had three, four balls that we thought had a chance to leave the yard or at least go off the wall,” Zavala said. “They were just dying out there.”

In addition to losing Danny Mendick (out for the season) and Adam Engel (hamstring strain) to the injured list, La Russa rested Robert because of a leg soreness. Jose Abreu is playing with a sore hip and Andrew Vaughn has leg soreness. Robert was given a day off.

“He’s got an issue he’s had before so we are going to let it quiet down,” La Russa said. “I expect he’ll play [Friday].

“When you run with the speed that he does, and as often as he does defensively and on the bases, you are going to get sore.

“We always tell them run to what your legs feel like. The most obvious thing is there’s guys that can steal and if their legs are barking we tell them don’t push it.”

Gavin Sheets, back from Triple-A Charlotte, doubled in the fourth and pushed it when third base coach waved him home on Leury Garcia’s single, but right fielder Austin Hays threw him out to end the inning, the major league leading 13th time the Sox have been thrown out at home.

The Sox lost another player to injury when second baseman Josh Harrison got hit by a pitch on his right triceps. X-rays were negative and he is day-to-day. Lenyn Sosa made his debut at second and struck out and coaxed a nine-pitch walk.

“You have to be like a horse,” Cueto said. “Just keep moving forward.”