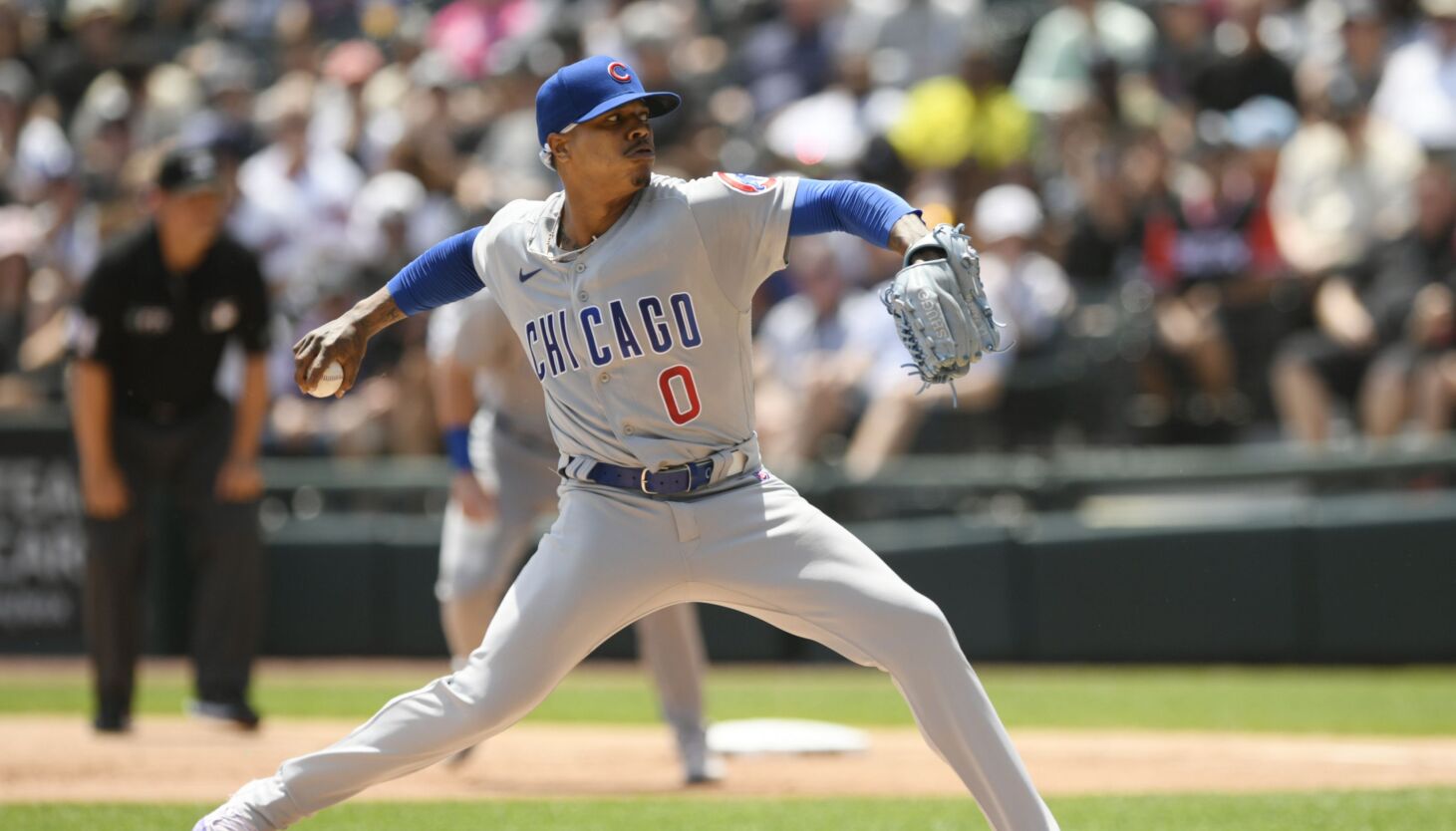 “They both went really well,” pitching coach Tommy Hottovy said. “I think they’re both progressing the way we expected them to.”

The Cubs don’t have a solid timeline for either pitcher to return from the 15-day injured list. But Smyly said last week that he hoped to be ready before the All-Star break.

Hottovy didn’t dismiss the idea but added: “What ‘ready’ means in terms of volume is a completely different thing.”

Volume became a bigger deal for starters when the 13-pitcher roster limit went into effect this week.

“So if we bring them back shorter than they should be, we could get in trouble,” Hottovy said. “Now, we can use off days, we might be able to piggyback guys and do some things to be creative. But getting to volume and making sure they’re ready to go is going to be important.”

It could make sense for the Cubs to give Smyly and Stroman the All-Star break next month to finish ramping up.

In addition to Smyly’s oblique injury, Hottovy said, he had been dealing with a minor finger issue. Between the fickle nature of oblique injuries and the fact that Smyly had multiple ailments, the Cubs were more concerned with his health as he progressed in his throwing program. But he had no issues in his bullpen session, Hottovy said, and threw all of his pitches.

So now Smyly, who landed on the injured list late last month, and Stroman, who has been on the injured list for a couple of weeks, are lined up on similar routines. Both are tentatively scheduled to throw another bullpen session before live batting practice midweek next week.

Though nothing is settled, they’ll likely go on rehab assignments before returning from the injured list.

Veteran left-hander Wade Miley (strained left shoulder) is on a slower track back and has yet to start throwing again. He’s scheduled to be re-evaluated this week before the Cubs determine next steps.

Morel out of the lineup

Outfielder Christopher Morel wasn’t in the starting lineup for the first time in a month and only the second time since his first major-league start on May 18.

The utility man, who has primarily played center field, has a .327 on-base percentage. But his bat has cooled off since his franchise-record 22-game on-base streak to start a career. Morel has eight hits in his last 45 at-bats.

“That’s just the course of the season,” manager David Ross said. “He started out so hot, and you knew it was going to level off at some point. . . . This is just your typical guy getting into the big leagues, having some success, and especially at the top of the lineup, he’s on the radar. The more success you have, the more they go over you in their meetings and talk about you and try to find your holes.”