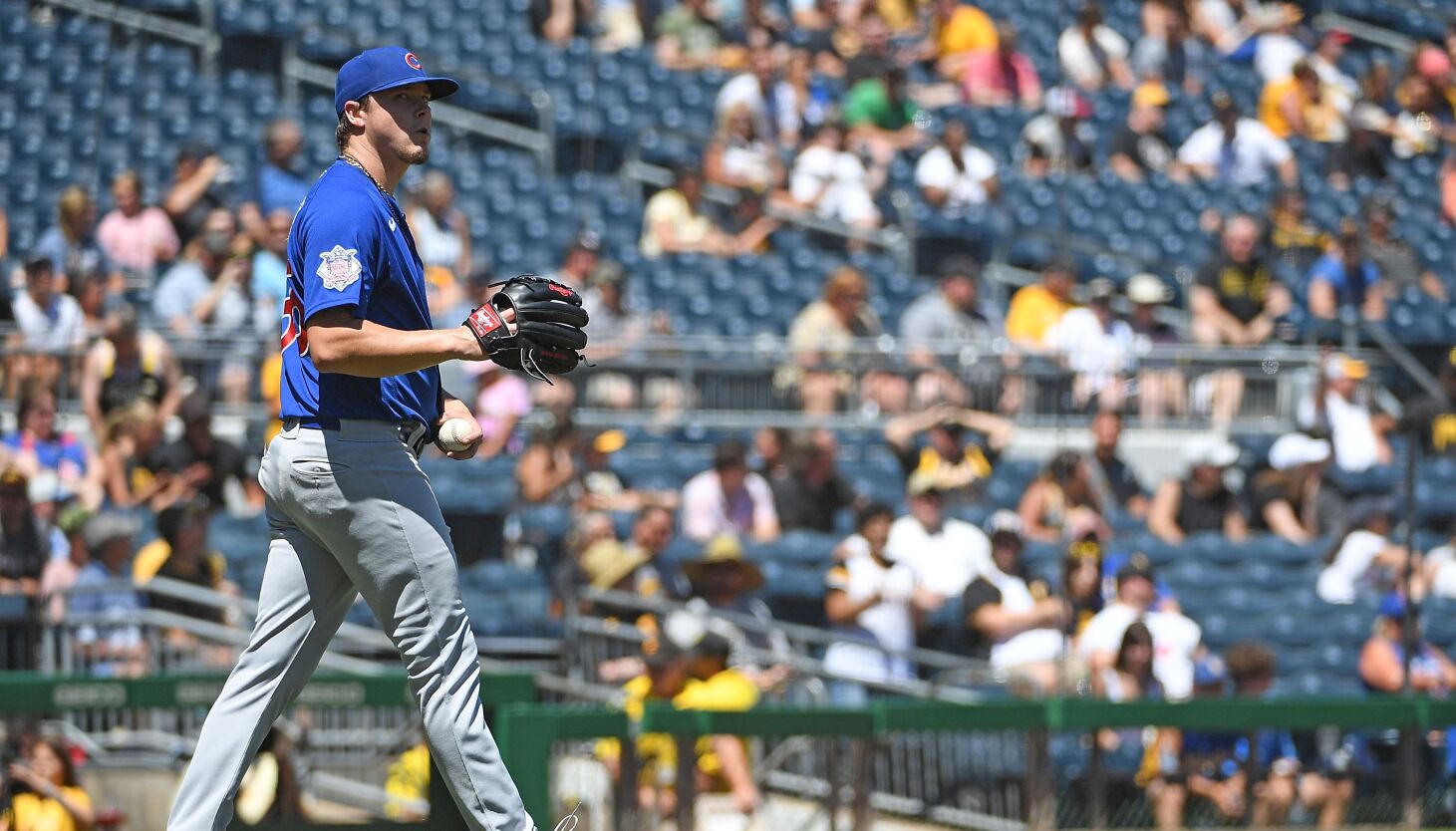 PITTSBURGH – Cubs lefty Justin Steele didn’t start really diving into analytics and using Rapsodo in bullpens until he was at the alternate training site in 2020, or maybe a little before. Those resources just weren’t available to him to the extent they are now in the major leagues.

He describes it as a “turning point” in his development.

“Something I said when I first got called up last year was how much you learned in a short period of time up here,” he said. “It’s just stuff you can’t learn in the minor leagues, because the whole time in the minor leagues you’re trying to get up here, so you’re doing whatever it takes. That’s your main focus.”

Both Cubs manager David Ross and Steele called the southpaw’s start Thursday one of his best this season, in terms of command and efficiency. Steele’s stat line in the Cubs’ 8-7 extra-innings loss to the Pirates on Thursday was deceptive – six runs, five earned, and seven hits in 5 ⅔ innings – because of the defensive mistakes the Cubs committed behind him.

In addition to Steele’s importance to the rotation this year, the continued development of homegrown pitchers like him and Keegan Thompson is a crucial piece in the Cubs’ rebuild.

Cubs president of baseball operations Jed Hoyer has talked about learning from the mistakes of the last cycle.

“We had a really good six-year run,” Hoyer said last month. “But we didn’t sustain that success for quite as long as we hoped.”

The Cubs’ most glaring deficit during that stretch of success was homegrown pitching. They’ve adjusted, with a player development overhaul that put Craig Breslow, now the vice president of pitching, at the head of the pitching department in the fall of 2019.

“That’s our main goal, basically, all the pitchers,” Cubs prospect Kohl Franklin said this spring of flipping the narrative surrounding the Cubs’ pitching development. “It’s always talked about, it’s always in the back of our minds, and it’s something we definitely want to change.”

Steele took it a step further.

“I’d say it’s already turned around at this point,” Steele said, pointing to himself, Scott Effross, Michael Rucker and Thompson, all on the big-league roster at times this season.

Steele and Thompson are at the forefront of that movement, claiming rotation spots. And while both have gone through mechanical issues this year, they’ve both come out of them to anchor the rotation while it’s missing three veterans to injuries.

Through that process, Steele’s been taking advantage of the wealth of feedback he gets in each bullpen.

“We always have Rapsodo out there, so I’m always looking at the numbers,” he said after the game Thursday. “If I like the way a pitch looks, I want to know exactly what I did on it.”

That’s why when asked how the Cubs can maintain the momentum they have with their pitching development, his mind went to “unloading” analytics earlier than he experienced in his development.

Since taking over the pitching department, Breslow’s also been thinking about access to information.

“I think there are a few realities that have come to pass over the last few years,” Breslow said. “One is that players are going to get information. If they don’t get it from us, they’re going to get it from elsewhere. [It’s] probably most disarming, most productive if we can be a source of that information. So we’ve absolutely invested in trying to expose our coaches and our players to as much information as we possibly can.”

While Breslow and company are busy forging a new path for the Cubs’ pitching development, at the big-league level, all eyes will be on Steele and Thompson.

Said Steele on Thursday: “I’m really happy with where I’m at.”