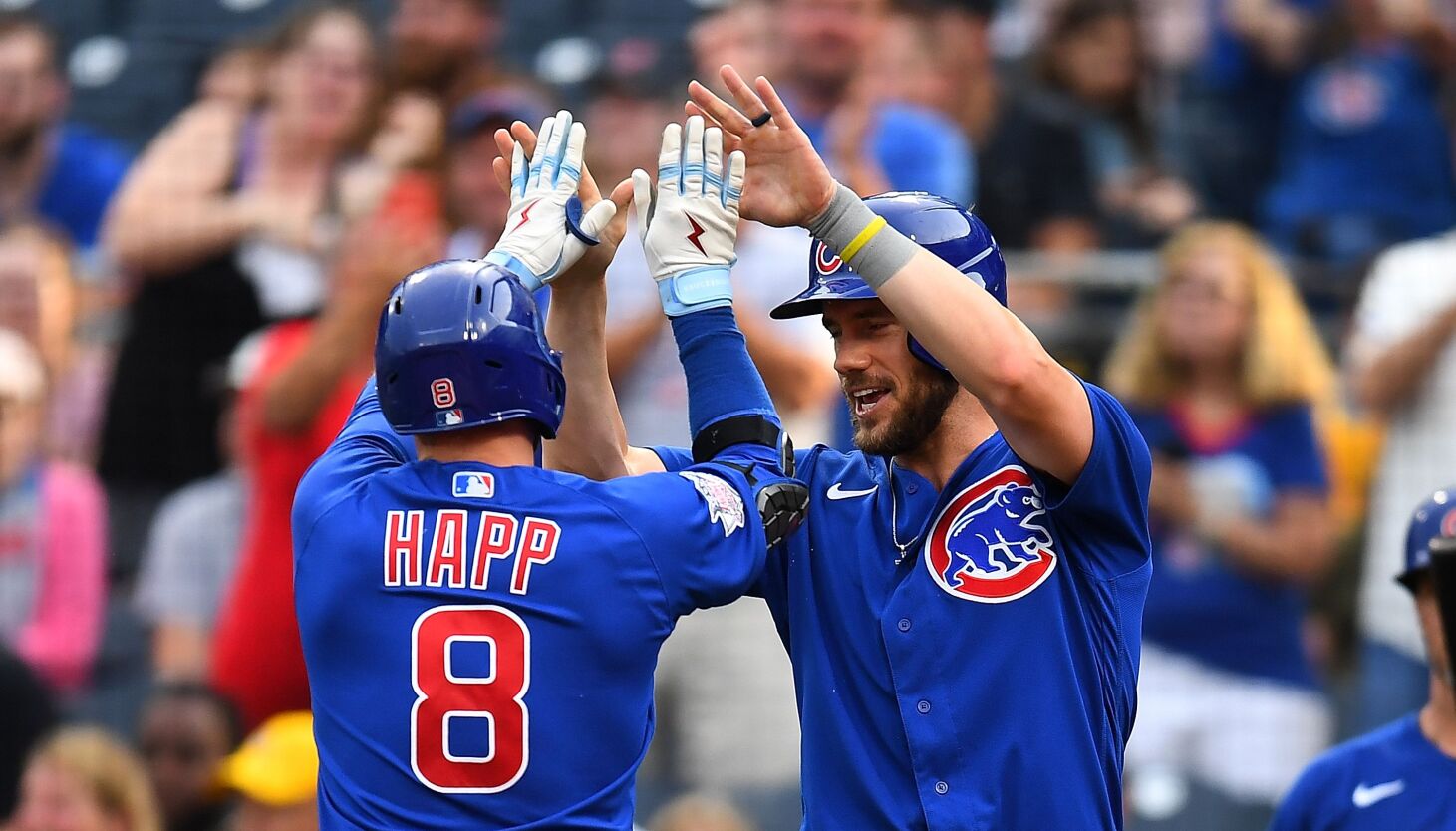 PITTSBURGH – Cubs third baseman Patrick Wisdom had a simple answer for what he’d been working on pregame at PNC Park earlier this week.

The reporters gathered around him Tuesday night chuckled. But Wisdom wasn’t joking.

“As funny as that sounds,” he added. “I was just trying to free up my mind and free up some thoughts, and get external with it and drive the ball to the center of the field.”

In the Cubs’ 14-5 win on Wednesday, he homered to center field for fifth-inning insurance runs, logging his second home run in as many days. And the Cubs were finally on the winning end of a blowout.

The Cubs also got another quality start from starter Keegan Thompson, who held the Pirates to one run through six innings.

As the Cubs limp through a spike in injuries to their rotation, Thompson is starting to make a habit of curbing losing streaks. Before Wednesday, the Cubs had lost three straight, all by six runs or more. And his start last week, six shutout innings against the Braves, snapped the Cubs’ season-high 10-game skid.

The Cubs have tended to go the way of their starting pitcher each game, with limited exceptions, as they’ve weathered injuries to starters Marcus Stroman, Drew Smyly and Wade Miley. But rallies like the Cubs’s second-inning scoring spree on Wednesday could set the tone no matter the type of start.

The Cubs had only scored two runs in the previous three games combined.On Wednesday, they scored seven runs in one inning.

Cubs second baseman Jonathan Villar led off the second inning with a double, and Nico Hoerner followed him with a single. Then, Pirates starter Jerad Eickhoff helped them out with back-to-back hit batters to load the bases and push a run across the plate.

Then, the Cubs were back at the top of the order, and Rafael Ortega (double), Patrick Wisdom (single) and Ian Happ (home run) each drove in two runs.

Happ’s homer landed at the base of the batter’s eye hedges that spell out “PIRATES” in center field. A few innings later, Wisdom’s homer would land in the exact same spot.

To top off the Cubs’ long ball game, Alfonso Rivas logged his first career grand slam in the ninth inning.

The lopsidedness of the game was encapsulated in the top of the ninth inning, when Cubs reliever David Robertson hit for himself, with Pirates infielder Diego Castillo on the mound.