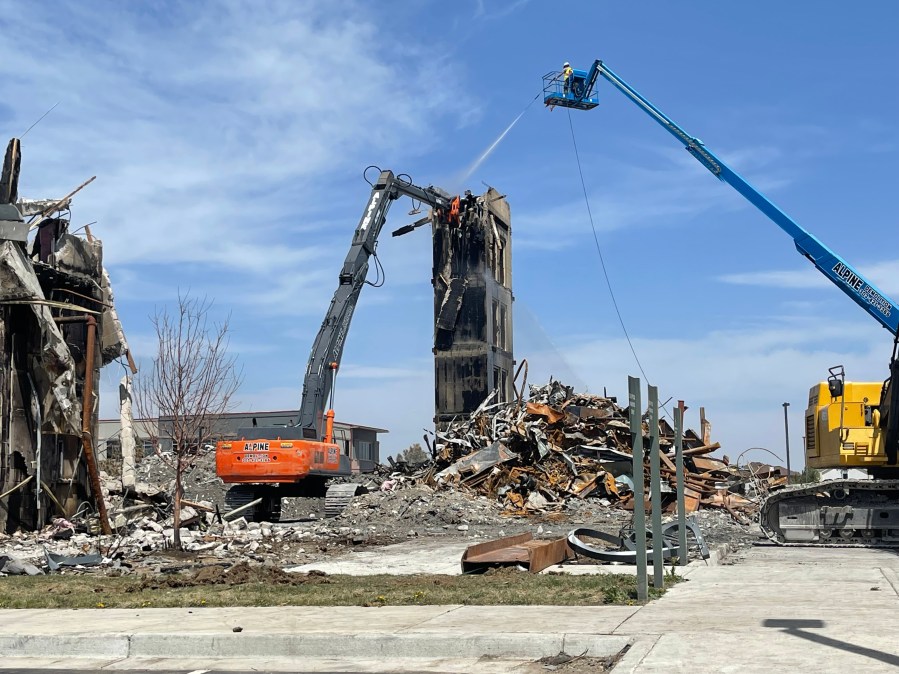 SUPERIOR, Colo. (KDVR) – The charred towers that dotted the landscape in Superior have been demolished.

Piece-by-piece, parts of what was once the Element Hotel in Superior have been torn down. The relatively new hotel was gutted by the Marshall Fire.

Its tall burnt columns are a poignant reminder of that day, which many would like to forget. Amy Ross counts herself amongst that group.

Across the street, her home in Sagamore also burned in the fire.

How is private cleanup of Marshall Fire debris going?

“Seeing this come down today is giving me some hope that we are going to rebuild. We’re going to be stronger. It’s hard,” Ross added.

So far, 70 demo permits have been issued in Superior, with 10 of those lots being cleared.

Zach Eekhout, with Alpine Demolition, towered above the burned rubble.

It was his job to watch for any dangerous shifts within the building and to make sure contaminated dust was watered down quickly.

“We are trying to use the utmost care with the parking lot and sidewalks so they can reuse as much as possible,” Eekhout said.

You can bet Ross, who lost her home, will be watching for that

In addition to the demolition of buildings, debris removal efforts are still taking place. A Boulder County spokesman said at least 200 properties are still having debris removed.

Work on additional properties is expected to begin next week.