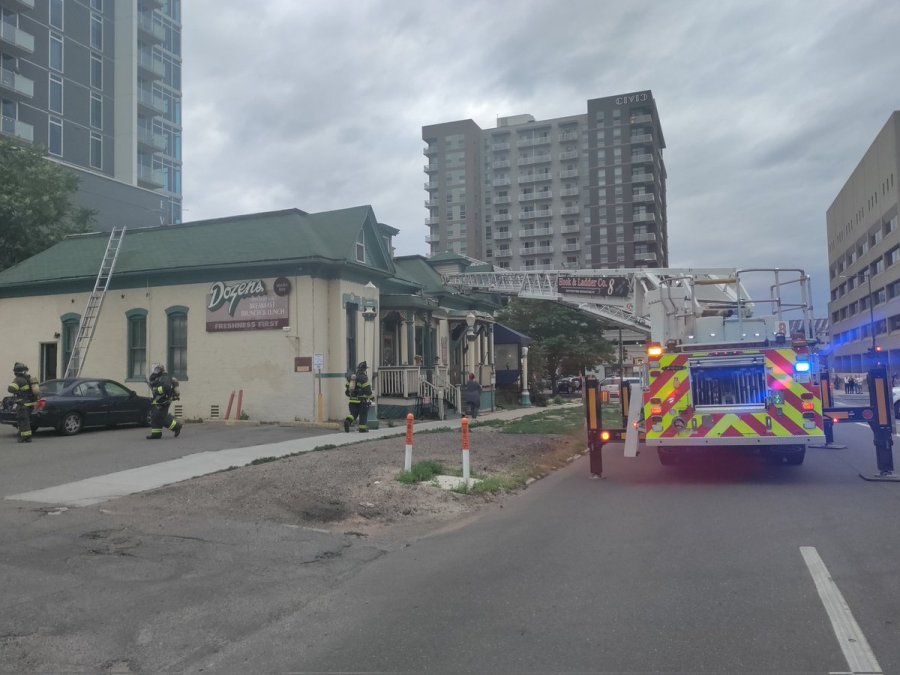 Crews are responding to a two-story building where flames are pouring out. The location is near the restaurant Dozens, but Denver Fire has not confirmed which building is impacted.

According to FOX31’s Rogelio Mares, multiple engines are on scene and firefighters are on the roof. The fire appears to be under control and less smoke is visible.

13th and Cherokee Street sits southwest of Civic Center Park where large crowds have gathered to celebrate PrideFest in Denver. A large smoke plume can be seen from the event.

FOX31 has a crew on the way and will update as more information becomes available.