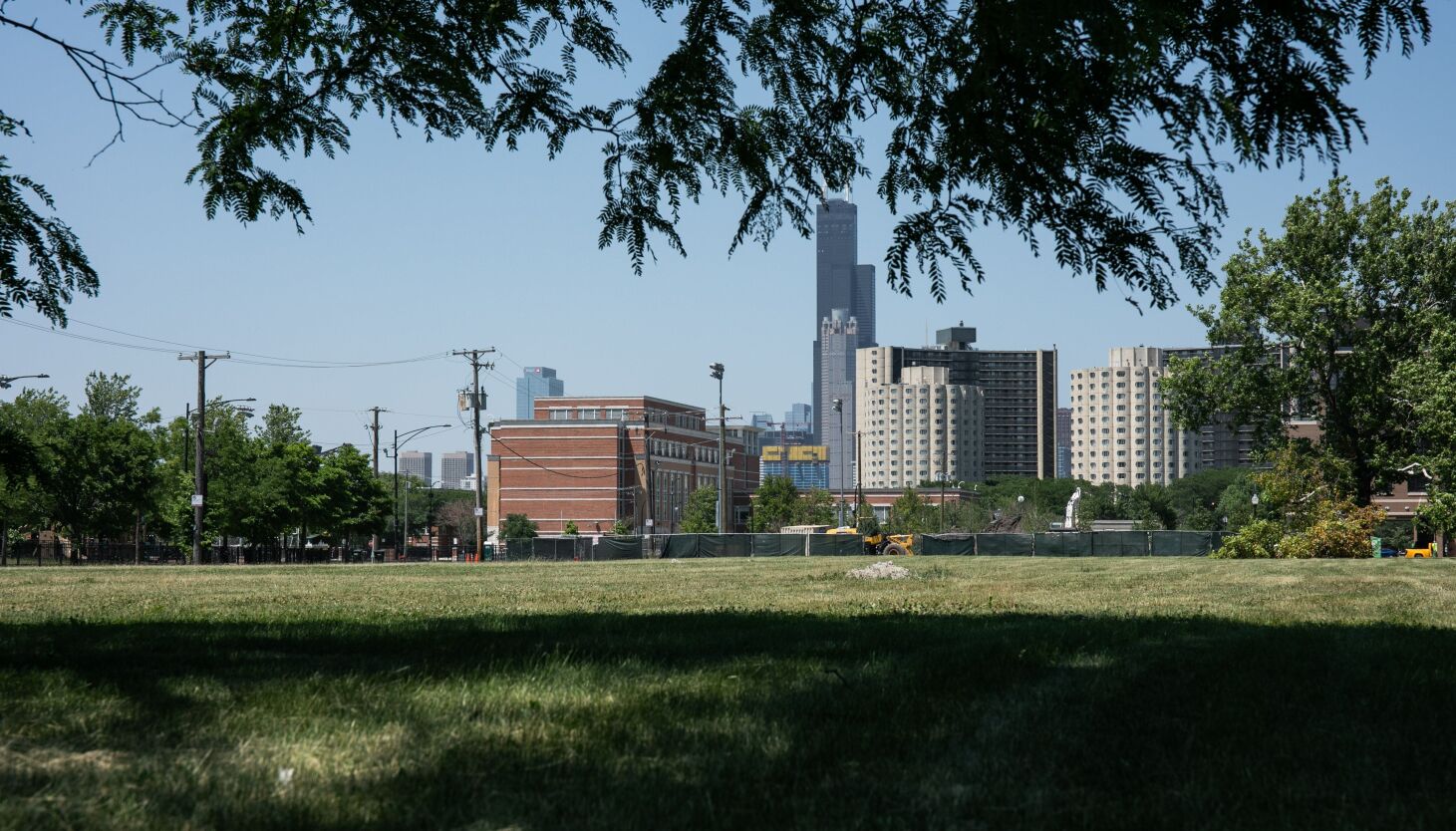 In an eleventh-hour reversal, Chicago Public Schools officials on Wednesday pulled their proposal for a controversial $120 million Near South Side high school.

Pedro Martinez, the school system’s chief executive, made the surprise announcement at the school board meeting at which members, some of whom had already expressed opposition, were expected to debate and vote on the plan.

The project was uncertain to win Board of Education approval and has faced criticism, even among advocates, for its lack of details leading up to the vote, incomplete community engagement and potential negative effects on neighboring schools. The new building was also planned for Chicago Housing Authority land that used to be home to the former Harold L. Ickes Homes housing project.

The Chicago Sun-Times and WBEZ examined those concerns in a story published Wednesday morning.

“I want to take a little bit more time to answer questions that exist in the community about this proposal and our partnership with CHA,” Martinez said. He declined to say when the proposal would be brought back to the board, only that it would happen “in the near future.”

The decision appeared to surprise board members. Elizabeth Todd-Breland, who has opposed the new high school, asked Martinez, “What changed between yesterday and today?”

“I don’t want to bring an item with such complexity to the board unless I’m sure that we’re answering all the key questions in the community,” Martinez said. “And I still saw a lot of questions coming into today. So I’d like to take more time just to make sure we are answering those questions because it is so complex.”

Until Martinez pulled the proposal, CPS officials were set to ask the Board of Education to approve their $70 million share of the project on top of $50 million from the state. But they had yet to make a case — beyond the clamoring from the area for a school — for whether Chinatown, the South Loop and Bridgeport’s needs justify spending so much of the school system’s resources on a new building amid plummeting enrollment citywide.

Until Tuesday, officials had provided little information about the proposal — not even such basic information as the location, attendance boundaries or the city’s analysis of the effects the school would have on the school system.

Amid Mayor Lori Lightfoot’s reelection campaign, CPS had put the proposed new high school into its capital budget — up for a vote Wednesday — with little public engagement, no land secured at a proposed site and big questions about who would attend the school.

CPS says the Near South Side has grown over the past decade — adding 469 elementary-age kids, reaching a total this year of 5,983 — and projects a 15% increase in the number of high school students within five years.