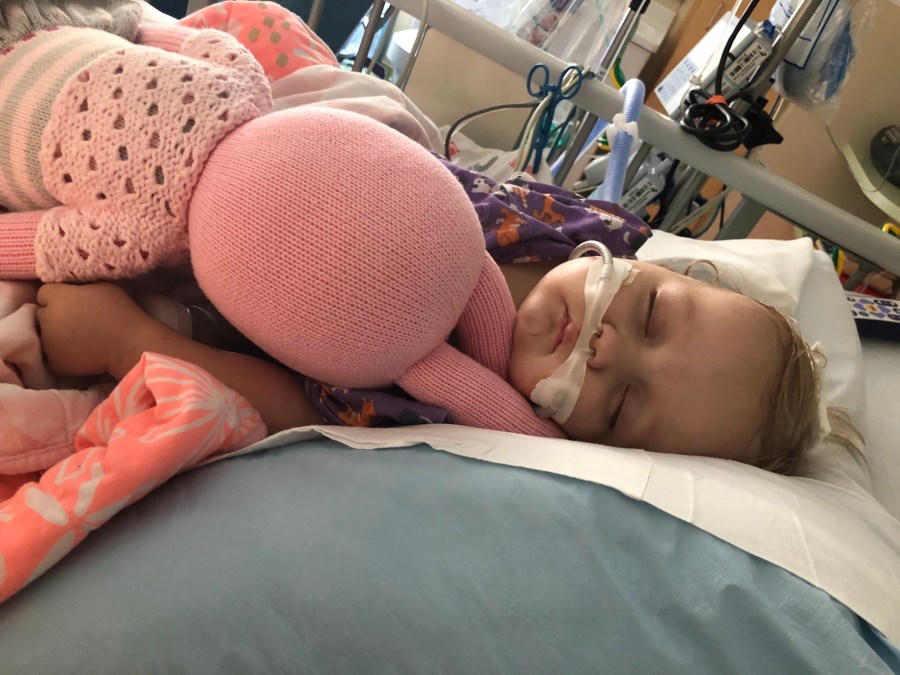 AURORA, Colo. (KDVR) — A 4-year-old girl is living a full, healthy life thanks to her new liver that came from a complete stranger.

Jeremy and Emily Knakmuhs are sharing their family’s story in honor of Donate Life Month, which is in April. They say after their twins were born in 2018, they noticed almost immediately something was wrong with the health of their daughter Kennedie.

“With twins, it’s very easy to see how they’re growing. He was. She wasn’t,” Jeremy Knakmuhs said.

According to the couple, a pediatrician originally diagnosed Kennedie with acid reflux problems and sent her home with medications and a feeding tube. By the time she was 6 months old, however, they noticed her health was rapidly declining.

“It’s where the liver can’t excrete bile normally and so kids get severe itching, like they’ll wake up with their bedsheets covered in blood because they’re always itching,” Dr. Megan Adams, a transplant surgeon at Children’s Hospital Colorado, said.

According to Adams, Kennedie was suffering from poor quality of life and needed a liver transplant. However, she was not dying and therefore not sick enough to be eligible for a deceased donor liver.

“By nature of how the list works, she would have had to get really sick before she would be offered a liver,” Adams said.

The Knakmuhs parents decided to search for a living donor instead.

“She put out a post on Facebook basically looking for a liver, and we had responses from all over the country,” Jeremy Knakmuhs said.

A woman from Texas, who the couple described as “a complete stranger,” responded that she wanted to donate a piece of her liver if she was a match for Kennedie.

“She said that she thought that the reason that she and her husband hadn’t had children yet is because she was meant to help Kennedie first,” Emily Knakmuhs said.

The pair was a match, and the liver transplant was completed in April 2019.

“Having a live donor donate a piece of her liver to Kennedie to allow her to get transplanted before she got that sick is amazing,” Adams said.

Today, Kennedie is a happy and healthy 4-year-old.

“And that’s been the best part of all this is to actually watch her be able to be a kid,” Jeremy Knakmuhs said.

Living organ donations on the rise

They are now hoping Kennedie’s story inspires others to consider organ donation to help save more lives.

“It doesn’t have to be a loss of life to donate. You can be a living donor and you can save a life that way too. And it’s a wonderful thing,” Jeremy Knakmuhs said.

“I hope people can see that this short amount of time of discomfort that you may and will experience being a donor leads to a whole new life for somebody like Kennedie,” Emily Knakmuhs said.

According to Dr. Adams, sick children can spend six months to a year on the waiting list for an organ from a deceased donor. However, she said living donation is becoming more common.

“In 2021, we did 20 liver transplants which was the most we’ve ever done in the history of this program, and 60% of those were from living donors,” Adams said.

Donors do not need to know the patient or have a recipient in mind when deciding to become a donor. Once registered in the database, altruistic donors will be contacted if and when they match with someone in need. =

Children’s Hospital Colorado partners with UCHealth University of Colorado Hospital to perform transplant surgeries. If you would like do be evaluated as a potential living kidney or liver donor you can fill out a health assessment through UCHealth.