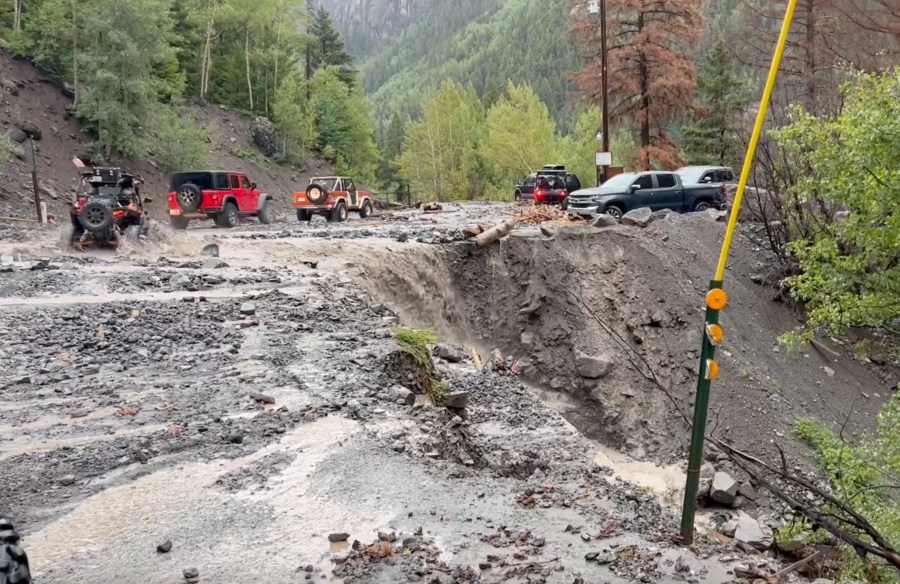 OURAY, Colo. (KDVR) — A Colorado family said they feel lucky to be alive after their truck was nearly swept over a cliff in a mudslide.

The David family from Parker was on vacation in the mountains south of Ouray last week exploring by all-terrain vehicles when they were caught in a downpour.

“We got pummeled by heavy rain and also some pea size hail,” Luke David said.

Luke, his wife Jill, and their children regularly document their family adventures for their YouTube channel, so they were recording during the storm. They captured rushing water that damaged part of the mountain trail.

“A lot of the streams that were maybe ankle deep when we were going through them before were now like knee deep, and some of them were even close to waist deep,” Luke said.

They were able to make it back to their vehicle safely, only to discover it had been moved in a mudslide.

“We’re guessing that my truck probably moved about 6 to 8 feet back because it had just been lifted by the water and the mud,” Luke said.

He said it is a good thing the vehicle was moved considering the parking spot had crumbled away down a steep slope.

He said he has always taken safety in the mountains seriously but has a new appreciation for mother nature.

“I feel really lucky that nothing worse happened than the whole experience, but things can change really quickly in the mountains,” Luke said.